UPS driver Matt Thomason has been delivering packages to Samuel and his mom since Samuel was six months old and the toddler is excited every time he sees him. 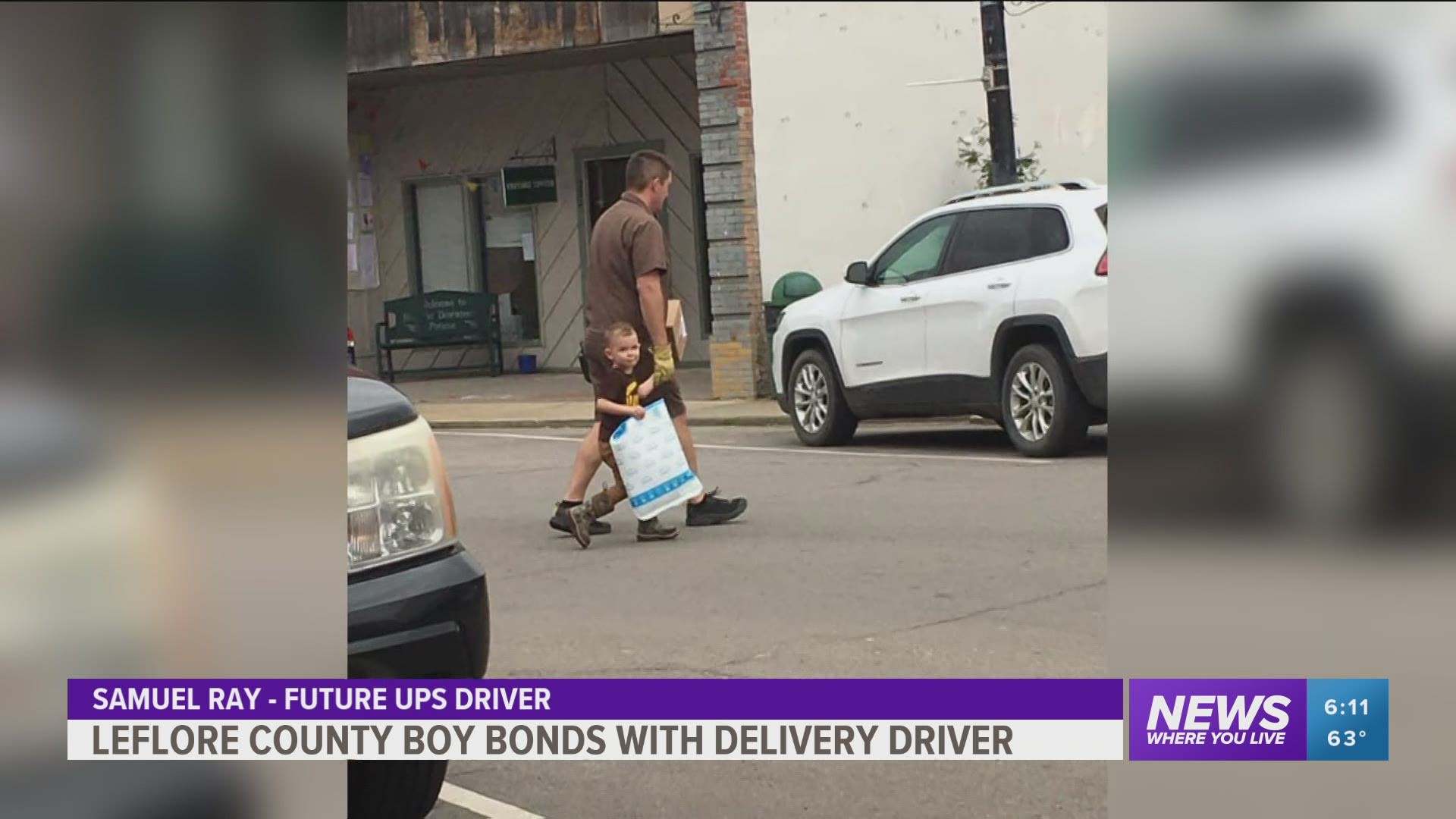 WISTER, Oklahoma — 4-year-old Samuel Ray of Wister, Oklahoma has already decided his career path, he wants to be a UPS truck driver when he grows up.

Around four to five times a week, UPS driver Matt Thomason delivers packages to Samuel’s mom, Nicole Ray’s job. His two goals are to deliver packages and put a smile on his 4-year-old friend's face.

UPS driver Matt Thomason has been delivering packages to Samuel and his mom since Samuel was six months old and the toddler is excited every time he sees him.

“He plays with me when he comes in,” Samuel said. “He’s my favorite UPS guy.”

Cory Ray, Samuel’s father says being a UPS driver is all Samuel talks about.

“He’s always talking about Matt and being a UPS driver,” said Cory said.

Thomason says he enjoys adding brightness to all his customer's days.

“Just speaking, ya know, making a relationship…and conversation and it just kind of evolved to what it is now," he said.

Seeing Thomason has made 4-year-old Samuel want to pursue a career as a UPS truck driver. He even has his own toy UPS truck and toy.

Samuel says that he’s ready to get his driver's license so he can drive his own ups truck.

RELATED: Oklahoma man killed after being run over by Mack truck in Ozark