'I forgive the man, but I want him punished to the fullest extent,' Alvin Motley family demands justice after he was killed by a Kroger security guard

Alvin Motley was shot and killed at a Kroger gas station, by a Kroger security guard Saturday. His death drawing the attention of Civil Rights Attorney Ben Crump. 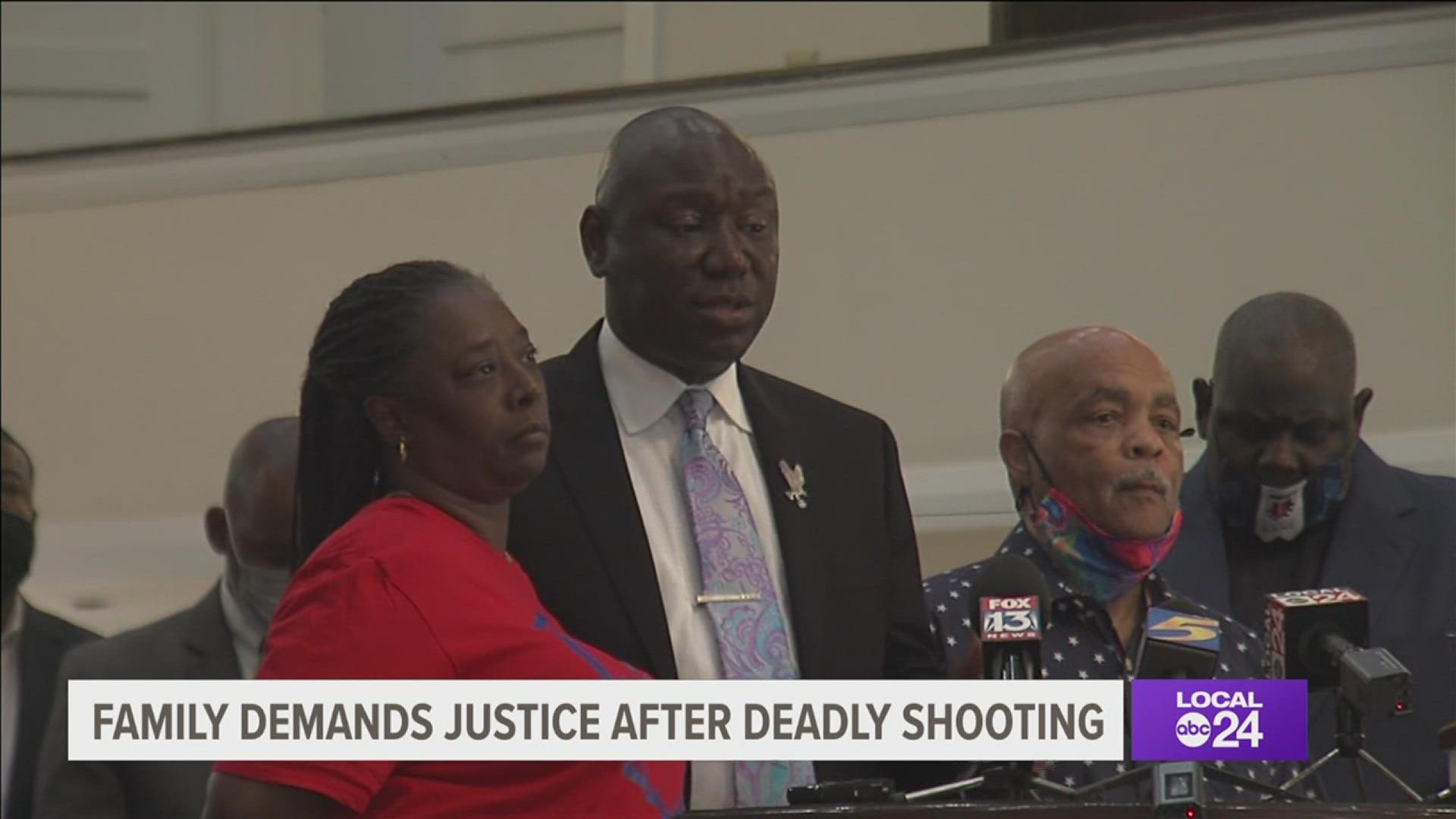 MEMPHIS, Tenn. — It was an emotional meeting Tuesday as Alvin Motley’s family mourned his death and demanding Kroger, the security guard, and the security company Kroger contracts are all held responsible, for what they said was a senseless murder.

Alvin Motley was shot and killed at a Kroger gas station, by a Kroger security guard Saturday. His death drawing the attention of prominent Civil Rights Attorney Ben Crump, he joined the family today in a press conference demanding justice.

The grieving family left with many questions after the 48-year-old was shot and killed Saturday by Gregory Livingston, an unlicensed security guard.

"They took my only brother away from me," Alvin Motley's sister, Tasheta Motley said.

"My God says to forgive, so I forgive the man, but I want him punished to the fullest extent," his dad Alvin Motley Senior said.

According to the affidavit, police responded to the shooting just before 7 p.m. That’s where they found Motley’s girlfriend who told police right before the shooting the security guard got into an argument with Motley because he thought his music was too loud. She stated she asked Motley to get back in the car, but he approached the security guard to talk. That’s when she said that she heard a gunshot and saw Motley fall to the ground.

Crump said this was a senseless murder.

"Alvin Motley has a right to exist, to pump gas, and play his music because this is America," Crump said. "I don't know what it is about private people trying to tell young black people, that we can enforce our will to enforce your will on you to turn down your music.”

During the investigation surveillance video was pulled from Kroger, and according to the affidavit, the video shows Motley holding a beer can and a lit cigarette as he approached the security guard. The affidavit goes on to read, that the security guard pulled out his gun and shot Motley in the chest.

"They were at the gas station, they were not going to be there more than a minute after they got gas," Crump said.

Crump and Motley’s family say they will continue to seek justice in the case.

"He wasn't violent at all. I just want justice for my son," Alvin Motley Senior said.

Kroger has issued a statement on Saturday's shooting at the Poplar Avenue Fuel Center:

“We are deeply saddened, extremely angry and horrified by this senseless violence. Our hearts are with the Motley family. This tragic incident involved a third-party contractor onsite to provide security services at our Poplar Avenue Fuel Center. We ask all third-party contractors to respect and honor our core values which include respect, diversity, and inclusion. We want to thank the Memphis Police Department for their swift action. The only outcome we seek is justice.”

As for the man who shot him, Gregory Livingston, he is still in the Shelby County Jail on a $1.8 million bond. He is facing second-degree murder charges. The family said Alvin Motley wasn’t a threat to the security guard when he was shot because he was nearly blind and unarmed.