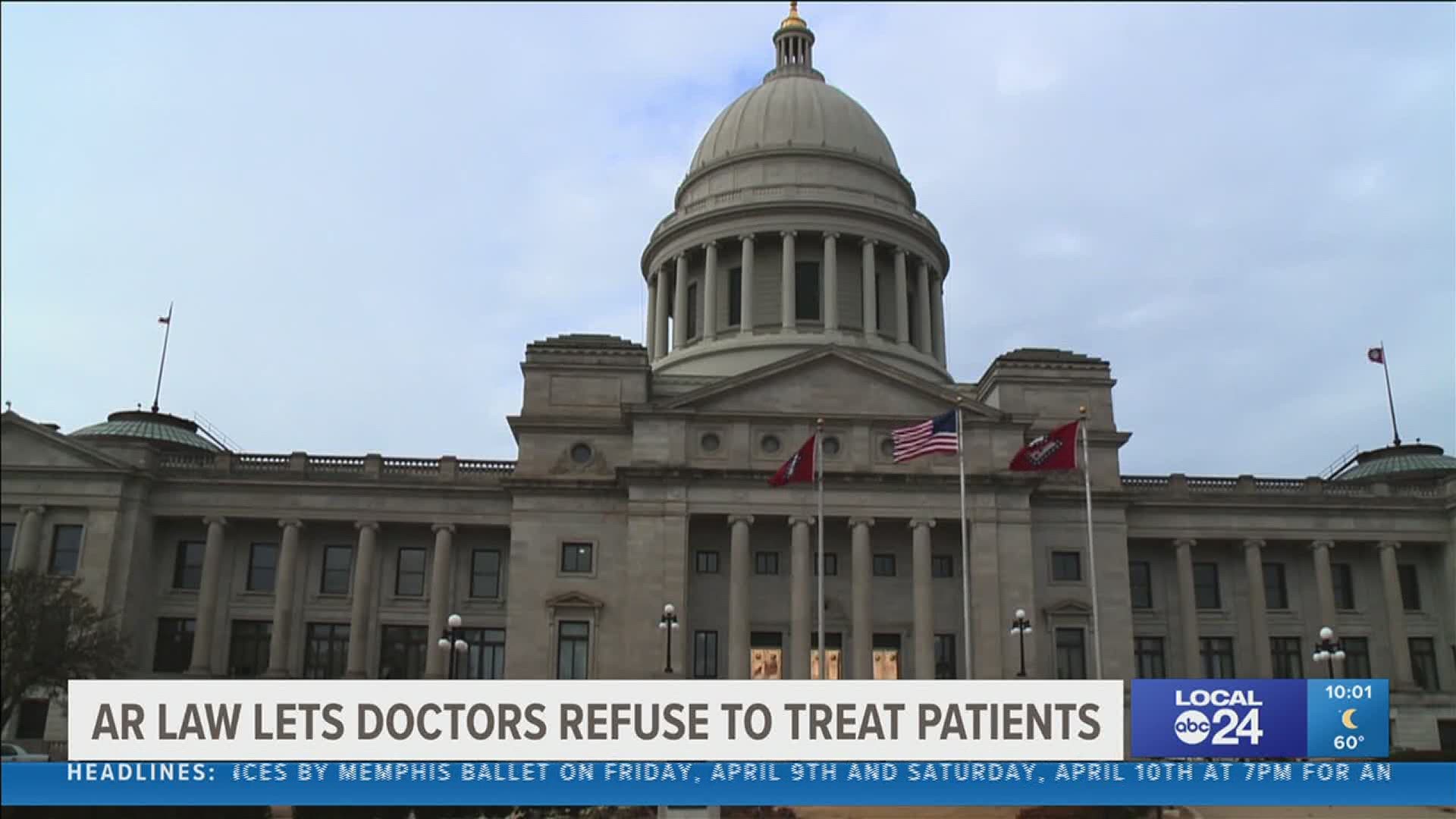 In Arkansas, the state senate seems ready to ban gender-confirming hormonal or other treatments.

Also, all three Mid-South states signed laws prohibiting transgender people from playing on sports teams on Friday and in Arkansas it was health care.

Now, the fallout after Governor Asa Hutchinson signed a law allowing doctors to refuse treatment to the LGBTQ-plus community based on their religious or moral objections.

"I personally, as a trans person as a parent I can't stress enough how devastating the consequences would be and i'm so grateful for all of the work," said Chase Stangio of the ACLU.

Stangio is, also the Deputy Director for Transgender Justic for the organization and the fight to defeat Arkansas House Bill 1570 allowing health care professionals and facilities to refuse specific care is personal.

"This is a bill that would strip away healthcare from transgender young people in Arkansas. It would open the door to insurance companies for discrimination against all transgender people across the state of Arkansas," said Stangio.

The Natural State is the first to pass such a law, but similar bills are being debated nationwide.

While Hutchinson opposed similar legislation in 2017, which failed in committee, he says he signed onto the one because it limited certain services as opposed to certain people.

Opponents of the law fear the end of hormone treatments for fighting infections of trans patients, refusal of birth control prescriptions and end of life care overrides by physician assistants.

In as statement Hutchinson said in part:

"Federal laws that prohibit discrimination on the bases of race, sex, gender and national origin continue to apply to the delivery of health care services."

"This bill is harmful in two way. One, it threatens the health and well being of transgender youth and two, it puts politicians, rather than pediatricians in charge of a child's medical care," said Dr. Lee Beers, President of the American Academy of Pediatrics.

"To the best of your ability if that patient's disease falls within your scope of practice you need to care for that person," said Strome.

Strome says UTHSC spends an enormous amount of time teaching its students how to care for the LGBTQ-plus community because it matters to the institution.

"That oath means you care for everybody who walks through your door to the best of your ability, period, end of story, no stopping," said Strome.