A Sea of Blue is set for Monday in honor of Adams, and his funeral is set for Tuesday at Hope Church. 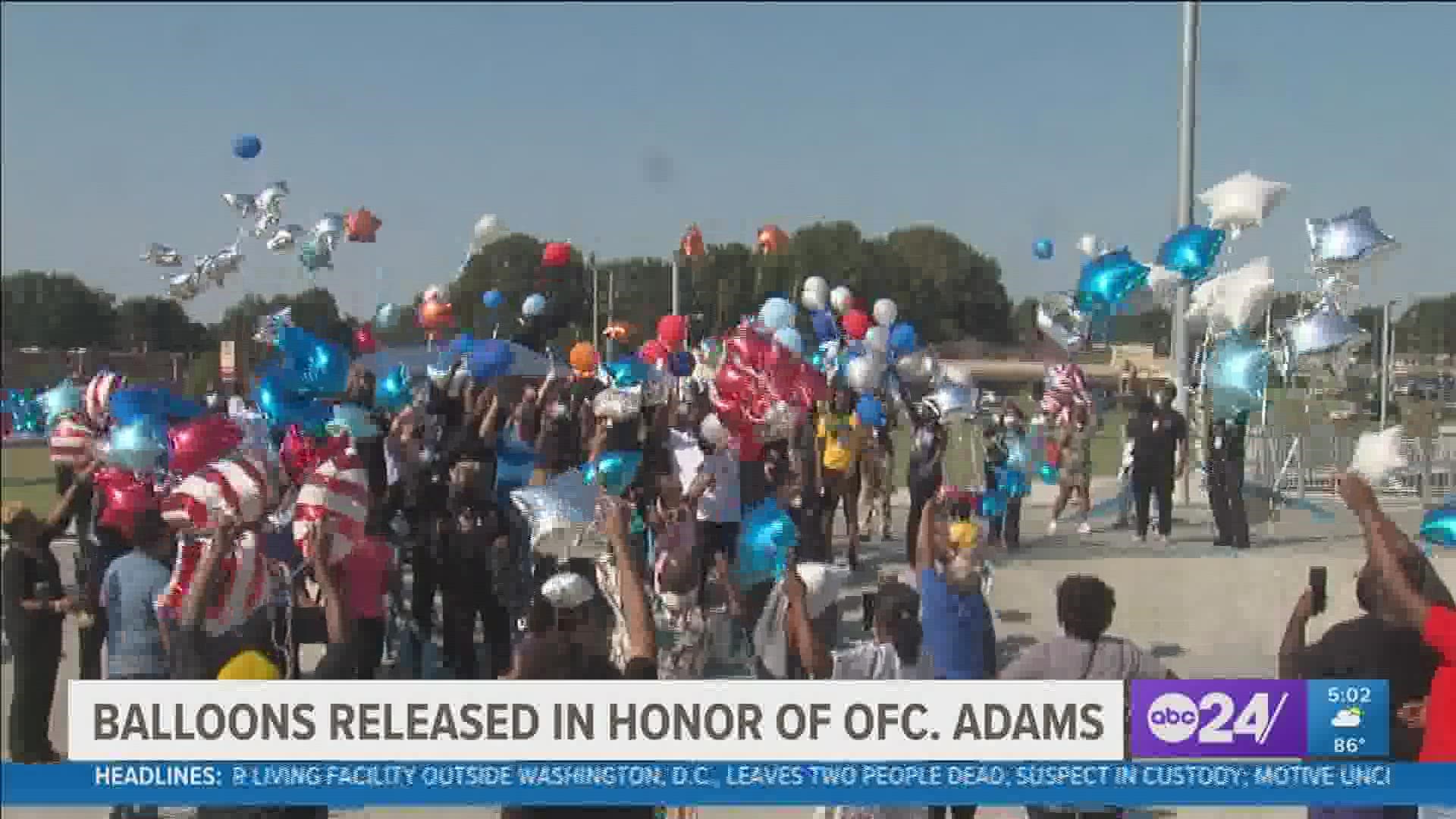 Adams was killed in the line of duty last week when an 18-wheeler crashed into him while he was investigating a crash on I-40. There is no word if the driver of the 18-wheeler will face charges.

MPD asked for all those that attended the ceremony to bring blue, silver, and Tennessee Titan-themed balloons.

Officer Adam’s visitation will take place at Hope Church on Walnut Grove Monday from 4:00 p.m. to 6:00 p.m. It will be followed by a Sea of Blue at 7:00 p.m. starting at the church then west Onto Walnut Grove and ending at the Austin Peay Police Station.

His funeral will be on Tuesday at Hope Church at 11:00 a.m., followed by his burial at Memorial Park Cemetery on Poplar.

Today, Fallen MPD Officer Darrell Adams Family and MPD Family came together at Austin Peay Station in celebration of his...

It is with sorrow, we announce the official funeral arrangements for Officer Darrell Adams. Please keep the Adams family...