"It has to stop. It will stop and we are not going to stand idly by and watch this happen," said Parkinson. 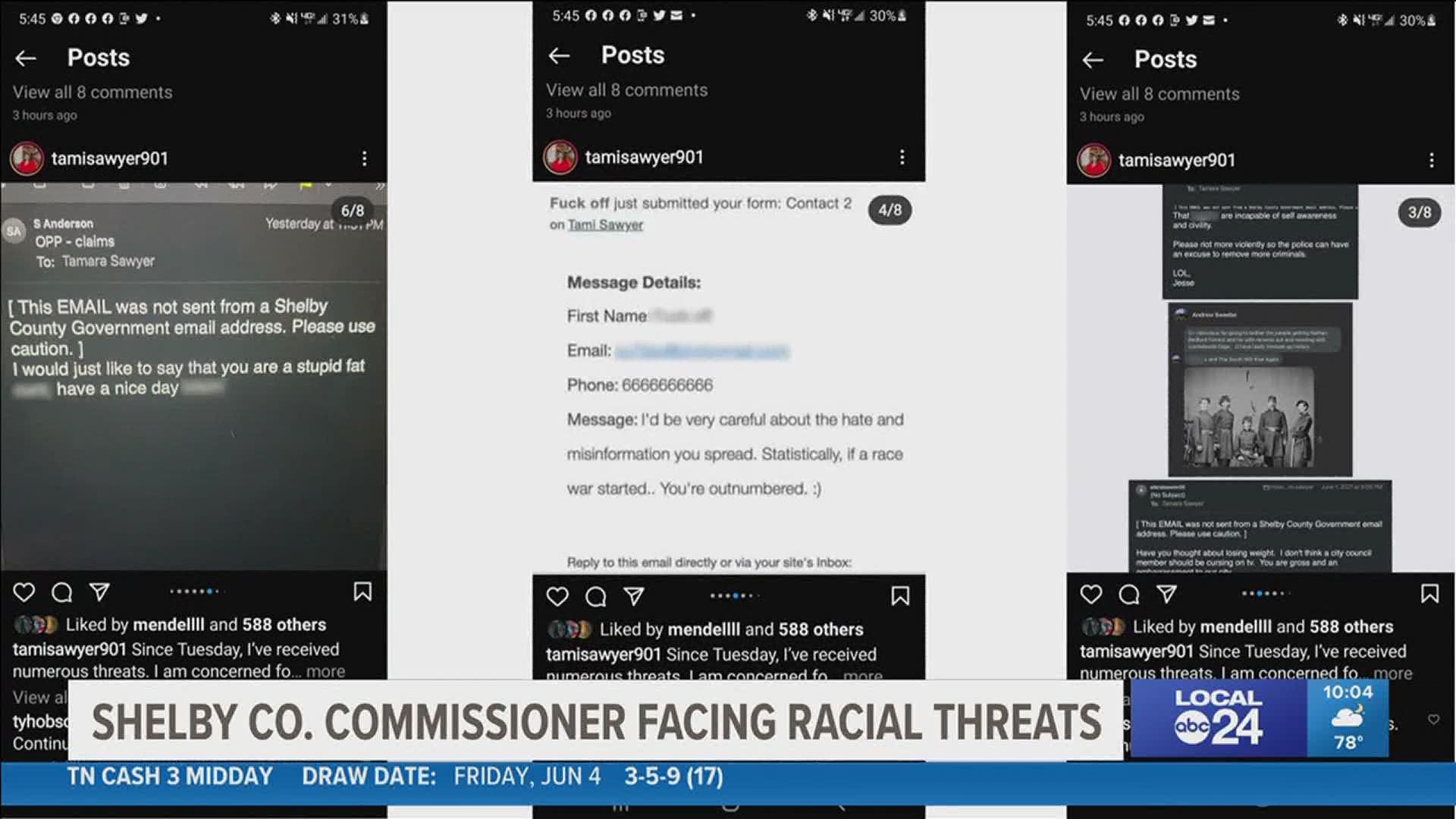 MEMPHIS, Tenn. — More fallout from a confrontation earlier this week between activist and County Commissioner Tami Sawyer and a member of the Sons of Confederate Veterans.

Sawyer was holding a news conference as workers started to remove the remains of confederate general and slave trader Nathan Bedford Forrest, but now the man seen on camera trying to intimidate Sawyer has a warrant out for his arrest, charged with misdemeanor assault.

Turns out George K-Rack Johnson was not a hired worker on the site, but the encounter led to an onslaught of threats and racial epithets targeted at Sawyer.

The men gathered in solidarity today at I Am a Man Plaza in Downtown Memphis Friday with the message that harassments and racist threats playing out across social media platforms against Sawyer, who notably led the charge to remove confederate statues from Memphis parks stops here.

A warrant to appear in court has been upgraded to arrest for the man seen on video shouting racial epithets at @tamisawyer and later sending her death wishes via emails and social media. @LocalMemphis.com

"This is a message to the Black men of our communities. We have one job and one job only. That is to protect the women and the children," said TN State Rep. Antonio Parkinson.

He praised Sheriff Floyd Bonner for providing security for Sawyer and as he spoke an assault warrant for Johnson to appear in court was upgraded to an arrest warrant.

"It has to stop. It will stop and we are not going to stand idly by and watch this happen," said Parkinson.

Even before this week's news conference confrontation Sawyer was the target of threats and assault on social.

"We can not sit back and watch WHAT could become a public lynching of another black woman when we've been alerted publicly, privately about these threats," said Parkinson.

While there may be bitter feelings about the removal of confederate statues in Memphis State Representative Joe Towns says it happened fair and square and the courts say it was perfectly legal.

"Nobody's afraid of you.  Those days that you think are still existent, they don't exist anymore," said Towns.

These men say all possible legal routes will be taken to protect Sawyer and the rest of the African American community.

"So, let me give you a fair warning. Cease and desist," said Towns.