The number of tents near downtown Knoxville continues to grow, filled with many people who would normally stay in a shelter. 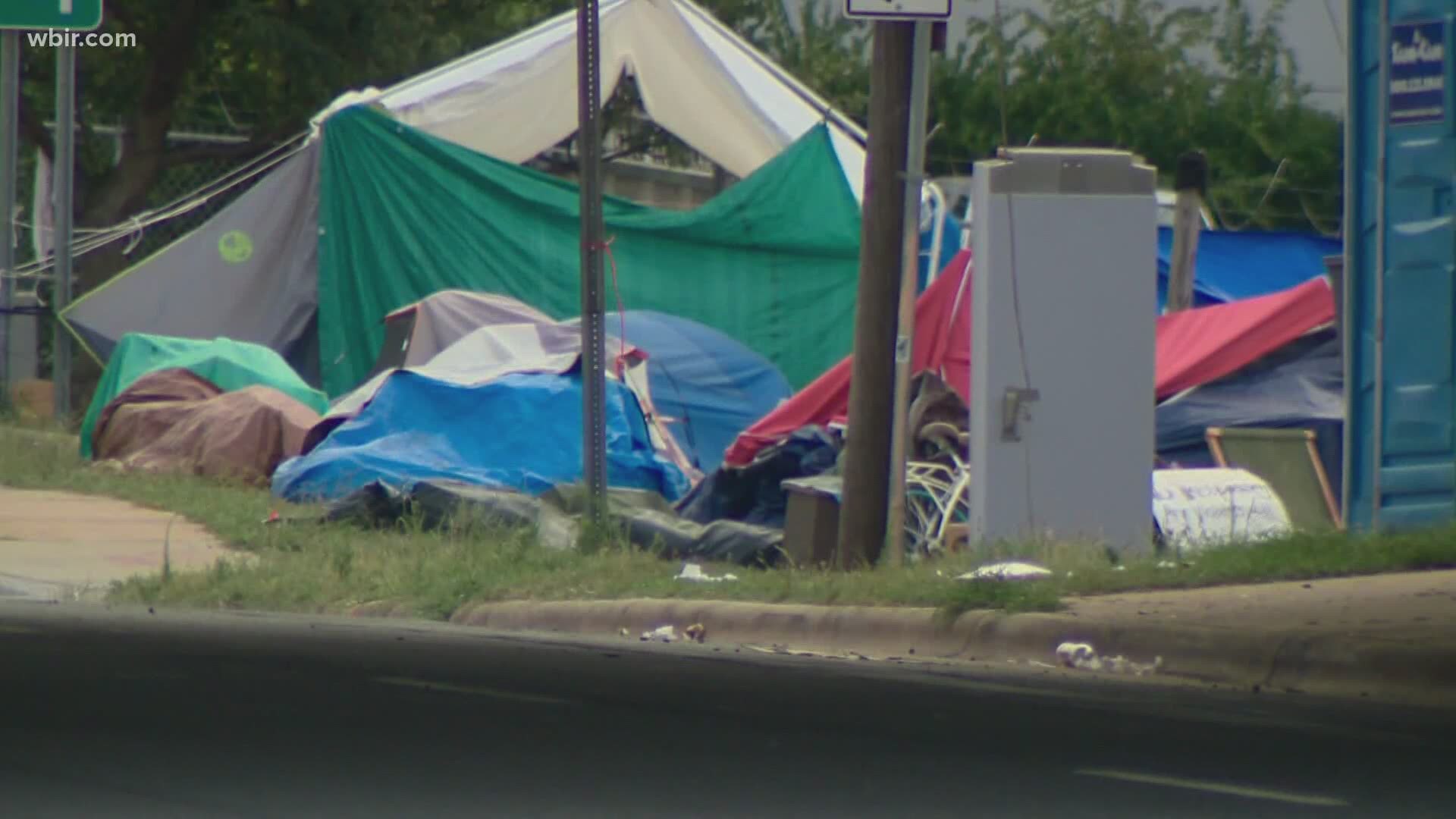 KNOXVILLE, Tenn. — Knoxville homeless shelters have seen little to no cases of COVID-19.

They continue to work overtime to stay clean and socially distance people, but some folks are choosing not to go to shelters. Instead, they're setting up tents and camps near downtown.

The CDC recommends keeping those camps intact to prevent the spread of the virus.

With 400 people coming in and out daily, there have only been a few positive cases. "Certainly we would have potentially been much more susceptible to what we actually experienced," said Rosen.

Down the street The Salvation Army reports no cases.

"What we have seen is fewer people coming in," said Rosen.

Right now, both organizations are seeing lower capacities. The colder months are usually busier, but Rosen said it could be something else.

"One is that the misconception of coming into a sheller environment would be less safe than other places."

He said the number of tents outside continues to grow, filled with people who would normally stay in a shelter.

"Daily as you drive by there's more and more popping up. To where now it's become a small city in itself," he said. "We are disappointed, but it's an understanding disappointment."

Rosen said he understands their concerns, but being unable to connect and address their needs makes it harder to get them on a path outside of homelessness.

"More people out there means less people were able to directly connect with."

In the meantime, they'll continue serving as many as they can and cleaning as much as they can.

KARM has slowly started bringing volunteers back. They say there's been a large amount of support from the community.