'He had an illness, he didn't want it,' man dies from fentanyl overdose, family appreciates needle exchange program

James Cody Williams was 32 when he died of a fentanyl overdose in January. He was a client at Safe Point Memphis and they tried numerous times to get him clean. 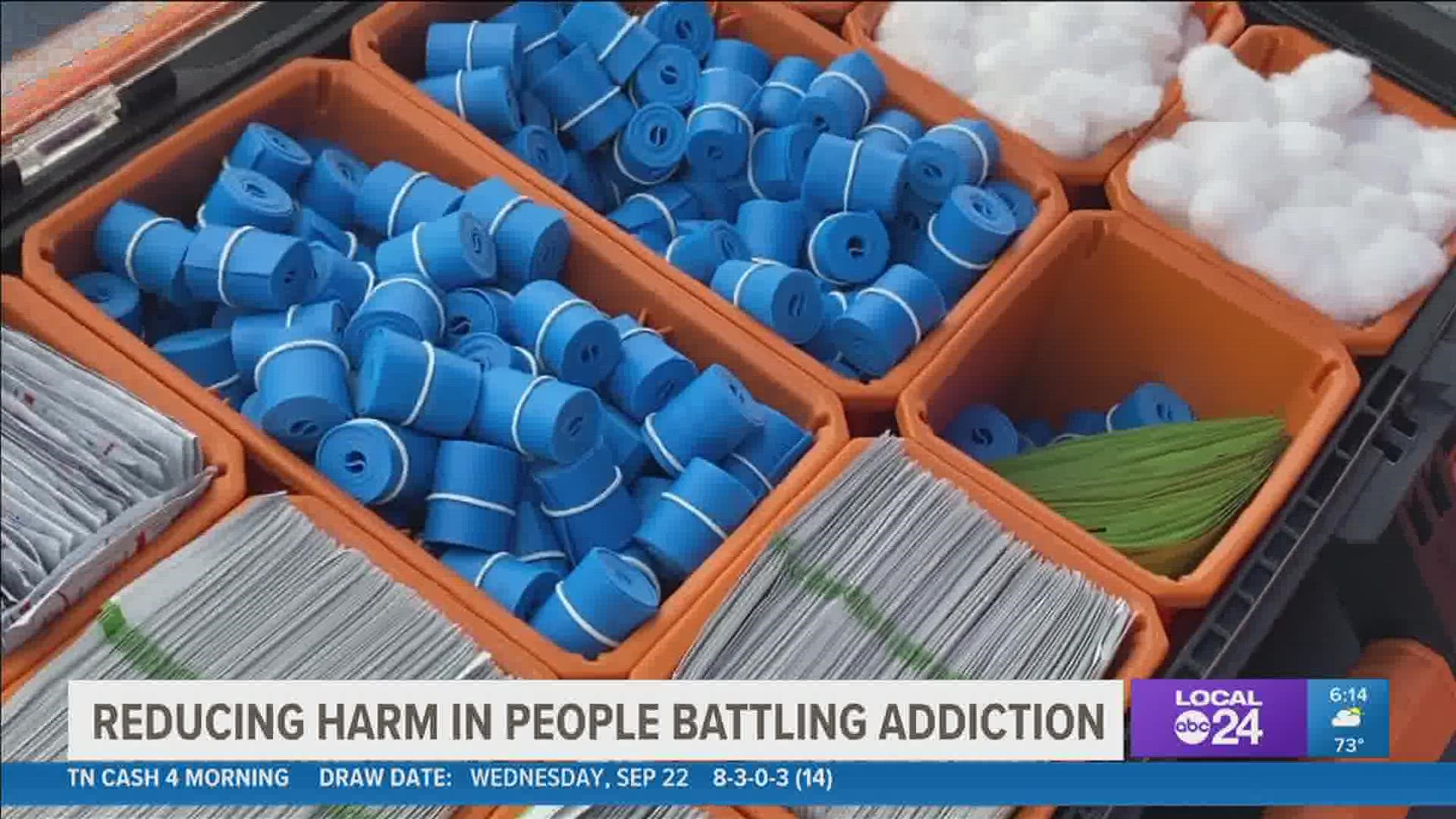 MEMPHIS, Tenn. — A family is using their son's death to spread awareness about drug addiction and highlight a program that spent years trying to help their son stay clean.

James Cody Williams died of a fentanyl overdose in January. He was a client at Safe Point Memphis, which is a part of the Memphis Area Prevention Coalition. The organization helped him numerous times through their needle exchange program. James' family held a memorial Wednesday afternoon at one of the exchange locations.

"He always cared about other people and tried to help them out. Even with his illness, cause it was an illness," David Williams said. "He loved his daughter, tried to teach her right from the day she was born, and she misses him a lot. They were best buddies."

James was 32 when he died and he was an only child. He left behind his 8-year-old daughter. His daughter is now left with no parents because her mother died in a car crash when she was 14 months. David said James had been battling addiction for 16 years. The addiction started when his best friend died.

"He had an illness, he didn't want it," David said. "He told me that many times and he tried to get off."

James was in and out of rehab, but he chose to be homeless because he wasn't allowed to do drugs in the house. While living on the streets, Safe Point became his extended family.

"James was a special client of ours. He was also so happy," Austin Carroll, Safe Point's syringe service program coordinator said. "Always so happy to see us. He was here every Wednesday."

Every Wednesday, Safe Point offers anonymous needle exchange. Carroll said James got new needles on Wednesdays. The group builds a connection with their clients because when people show up for new needles, they also walk away with harm reduction supplies, Narcan, condoms and can get tested for HIV. David said because of this service, they were also able to check his son into rehab multiple times.

There is controversy surrounding needle exchange programs. Some people think the program enables users, but Carrol said the program has helped over 100 people get into treatment since 2019.

According to the Shelby County Health Department, more than 46 people died from a suspected overdose just last week, and 359 this year. If you or someone you know need help you can call the national addiction hotline at 1800-662-4357.