Help fight against domestic violence, one bar of soap at a time

The YWCA Greater Memphis has created two limited scents that will be available with Buff City Soap throughout October. 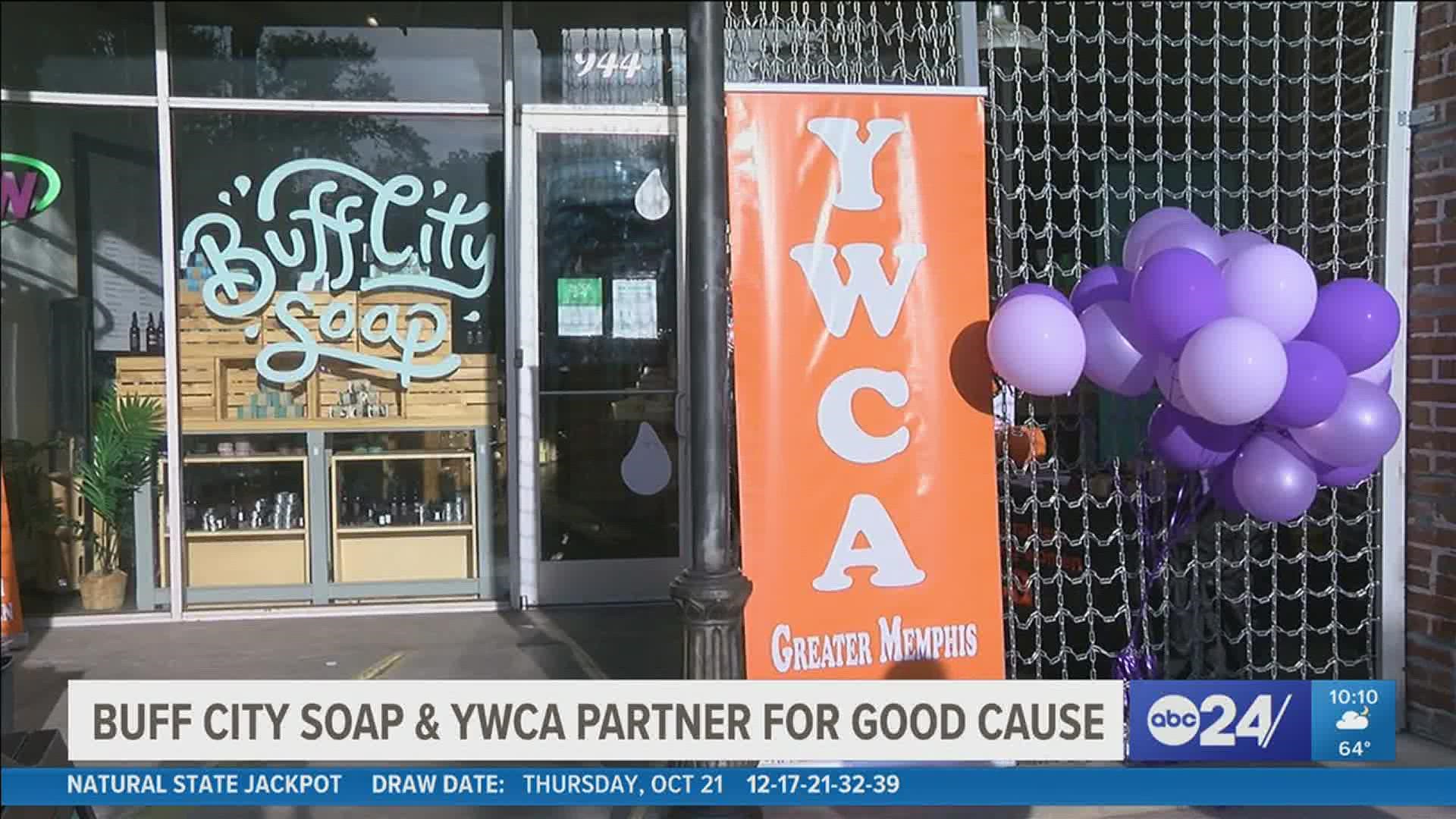 MEMPHIS, Tenn. — About 1 in 4 women and nearly 1 in 10 men have experienced contact sexual violence, physical violence, and/or stalking by an intimate partner during their lifetime according to the CDC.

In addition, Marsy's Law for Tennessee will be presenting Representative Hardaway with the Champion of Victims' Rights Award for his dedication to advocating for victims' rights in Tennessee.

Purple Thursday is a national day of action each October during Domestic Violence Awareness Month. It is an opportunity to raise awareness about domestic violence and an easy way for people to show their commitment to promoting healthy relationships. On October 21st, wear purple, be a voice, and start a conversation about domestic violence.

About Marsy's Law for Tennessee:

Marsy’s Law for Tennessee would strengthen the rights of crime victims in Tennessee’s state constitution and would ensure that victims of crime have equal, constitutional rights on the same level as those accused and convicted of crimes.

Marsy’s Law is named after Marsalee “Marsy” Nicholas of California who was stalked and killed by her ex-boyfriend in 1983. Only one week after her death, Marsy’s mother and brother, Henry T. Nicholas, walked into a grocery store where they were confronted by the accused murderer. The family, who had just come from a visit to Marsy’s grave, was unaware that the accused had been released on bail.

In an effort to honor his sister, Dr. Nicholas has made it his mission to give victims and their families constitutional protections and equal rights. He formed Marsy’s Law for All in 2009, providing expertise and resources to victims’ rights organizations nationwide.