Plans for the Hero Empowerment Center include a theater, gym, two museums, a recording studio, comic studio, and a rooftop urban garden. 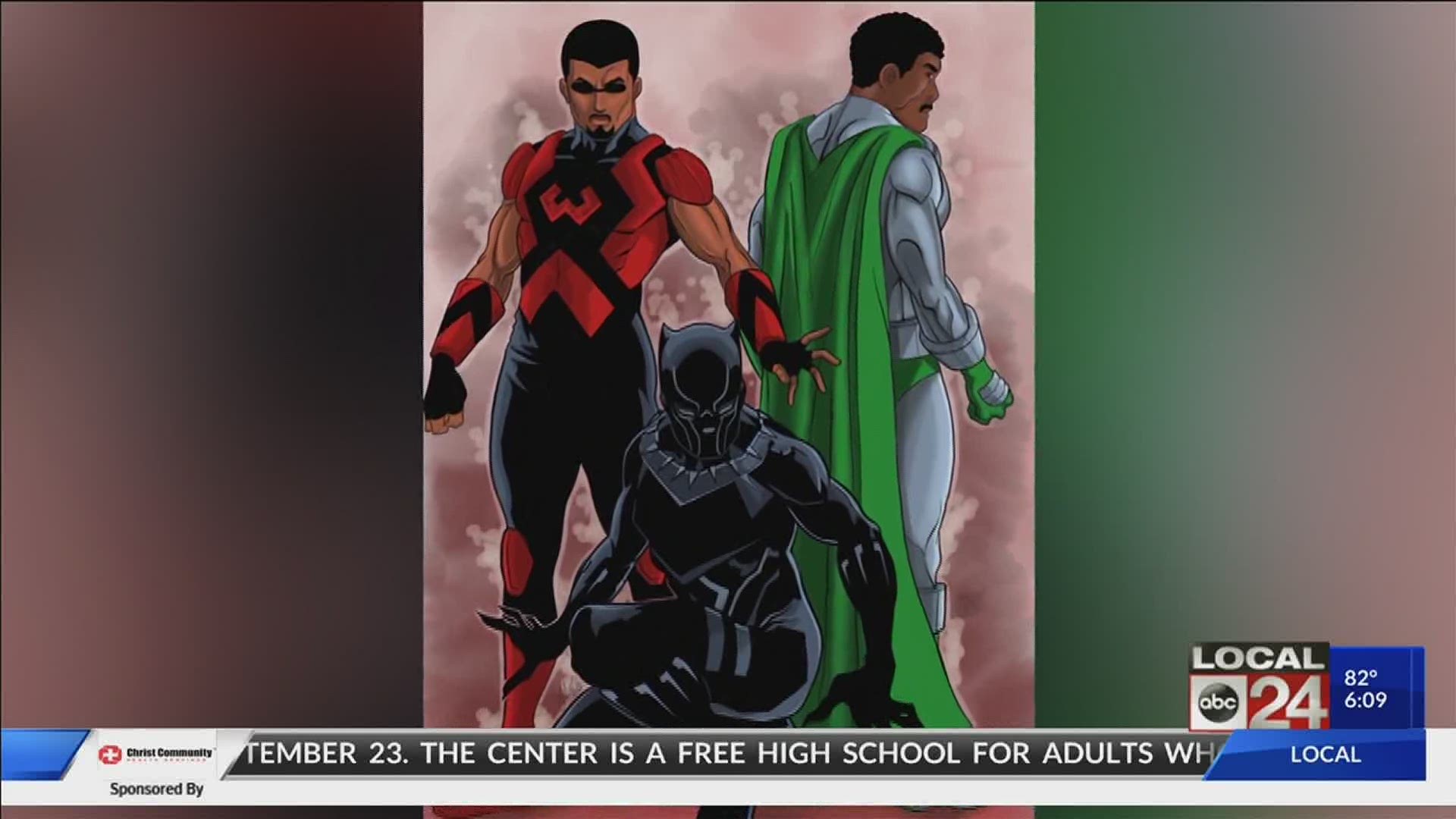 MEMPHIS, Tenn. — The Heal the Hood Foundation of Memphis wants Hickory Hill to become a community full of heroes. They've started a crowd-funding campaign through GoFundMe for the Hero Empowerment Center, a massive entertainment, education, and community-service complex.

The theme of The Hero Empowerment Center is set around the comic book hero "Wake", an original creation of Heal the Hood Foundation's CEO and Founder, LaDell Beamon

“With characters that were created in Memphis, from Memphis that fall against the ills that were going on," said Beamon. "They looked like super characters... They have the same drawings, the same animations, same high quality, but the stories all exist in Memphis."

The mission of the Empowerment Center is to serve the community's youth.

“We save these kids from danger. They become a part of the team and we’re tutoring them, entailing about their superpowers to do something good,” said Beamon.

It's a story-line that Beamon is actually bringing to life addressing violence and crime among youth.

“We have to place value on humanity and human lives. We have to really understand that these kids are dying for real. Here in Memphis, the crime rate has gone to the next level,” said Beamon. “We’re able to give the kids hope in characters that look like them, that struggled through the same thing that they’re going through. If you saw the success of Black Panther and you get behind that, we’re up next.”

Just as Superman has his Fortress of Solitude and the Avengers have their Watchtower, Beamon is building the Hero Empowerment Center in Hickory Hill that will be open to the public as a safe haven.

“We’re co-naming it the 'Living Building' for the simple fact that when you leave, it’s creating," said Beamon. "You look at the kids who are crying out... there’s a void that is missing in their life that needs to be filled. The Hero Empowerment Center fills voids.”

“We’re hearing our kids crying out. It’s time for us to become a part of the solution. We can protest. We can throw a brick through windows and demand to be heard, but nothing is more powerful than us becoming our own solution to our own problems...,” said Beamon.

The $50 million project has already secured 7.2 acres of land and is set to break ground next year.