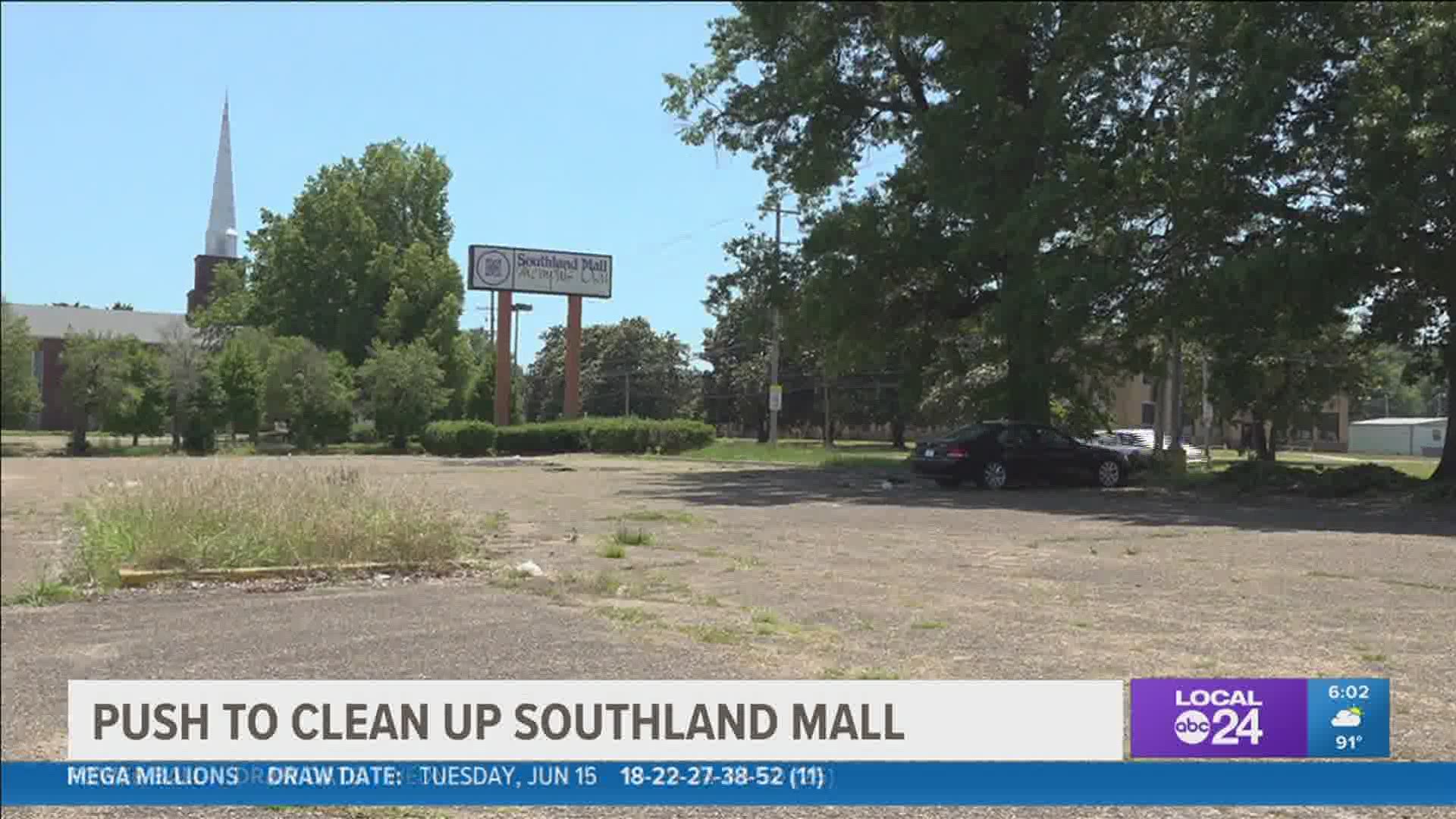 "Look at the shrubbery over here that needs to be cut. This is ridiculous. We got vines growing up the wall," Memphis Councilwoman Patrice Robinson said.

When you drive through Southland Mall, you are greeted with abandoned cars, trash, and weeds.

"We have a standard, but the standard is not being met or is not being enforced for residents here in Whitehaven," Lorenzo Caldwell said.

Caldwell lives in Whitehaven. He said the mall has been an eyesore since 2015 and is now demanding Memphis code enforcement to do something about the property.

"If they don't meet our standards, then we are always going to have an issue in our community with blight and problems with violence," Caldwell said.

Caldwell said the outside of the mall is embarrassing and doesn't truly reflect the people of Whitehaven. Michael Harris, the Executive Director for the Greater Whitehaven Economic Development Corporation, explained the Southland Mall has two anchor buildings. It is formerly known as Sears and Macy's, which are owned by two different companies.

He said those owners are the reason the mall is an eyesore.

"The code said that grass and weeds should not be more than six inches. I know that's almost as tall as councilwoman Robinson," Robinson said.

Robinson said it's been an ongoing cycle to fix the problem.

"We have reported it, they have been to court. We are doing this over and over again, but we now need a permanent solution," Robinson said.

Robinson said the council is discussing those permanent solutions.

"I want our leaders to fight a little bit harder and look at our community a little bit deeper," Caldwell said.

We've reached out to the property owners for Macy's and Sears but haven't been able to get in touch with them. Notices were sent out Thursday by the Greater Whitehaven Economic Development Corporation to the property owners. Local 24 News will follow the city's progress in finding a permanent solution.