It’s similar to popular rideshare apps like Uber or Lift. The curb-to-curb transit program will pick you up and drop you off at any location within the service area. 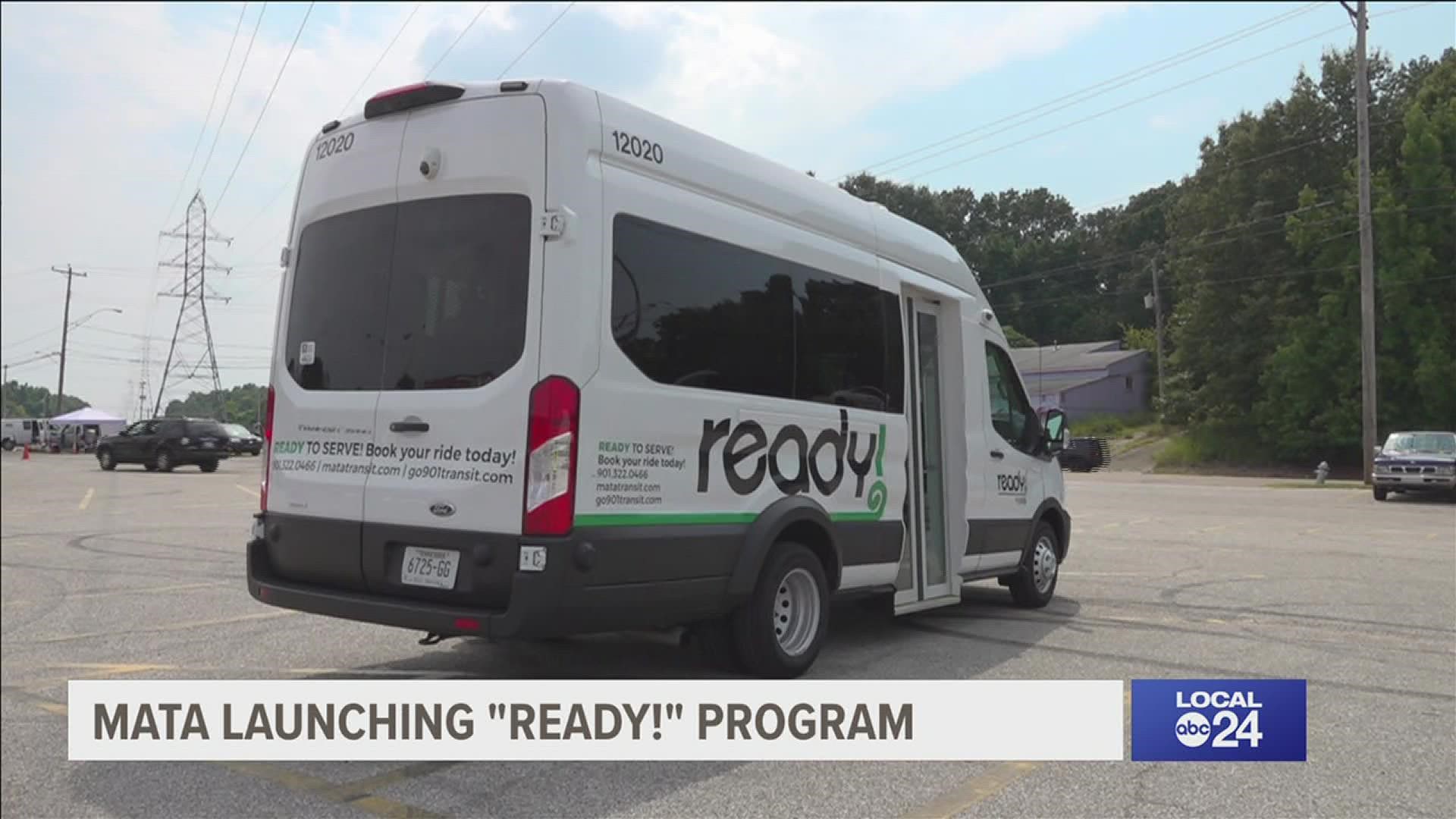 MEMPHIS, Tenn. — This week, Memphis Area Transit Authority launched "Ready! by MATA.” It’s similar to popular rideshare apps like Uber or Lift. The curb-to-curb transit program will pick you up and drop you off at any location within the service area.

Tyrone Taylor has worked for MATA for the last 14 years. He’s is one of six bus drivers operating city buses in a new public transit program.

“It's one of the best jobs you can have,” said Taylor.

According to MATA CEO Gary Rosenfeld, Ready will give people an opportunity to plan their day around their activities, not a bus schedule.

“This first zone that we're setting up will serve Boxtown, Westwood and a portion of Whitehaven,” said Rosenfield. “We have riders that can take up to two and a half hours, one way to get to work in the morning, and then get back home in the evening.

WE ARE READY! For riders traveling within Boxtown, Whitehaven and Westwood, you can now book a ride with Ready! by MATA. IT’S FREE during this intro period! Book a pick-up, drop-off or connection to a fixed route bus TODAY by calling (901) 322-0466. https://t.co/bOVpYDGy5G pic.twitter.com/5nlwJoacBa

“The ridership on the traditional fixed routes in those areas has been low for a long time,” said Rosenfeld. “This becomes another tool and somebody's tool belt to be able to extend their mobility range within the community.”

The service is available Monday through Saturday from 6am to 7pm. You don’t need a reservation. Just call 901-322-0466 to schedule your ride. You must book a ride before 6:30pm. The bus should arrive within 15-20 minutes.

The buses can serve up to eight people at a time and are handicap accessible.

During the pilot program rides are free, but later the rate would be the same as bus fare.

According to the Memphis Area Transit Authority’s website, Ready! is a pilot program funded in part by the Federal Transit Administration. MATA announced in June 2018 that it was awarded Integrated Mobility Innovation assistance to develop an on-demand transit program, making Memphis one of six cities chosen from a pool of 28 proposals.