Memphian makes and distributes masks to those who are homeless

“I wanted her to have something where she was cute as well as being protected and safe,” said Tabitha McGuire. 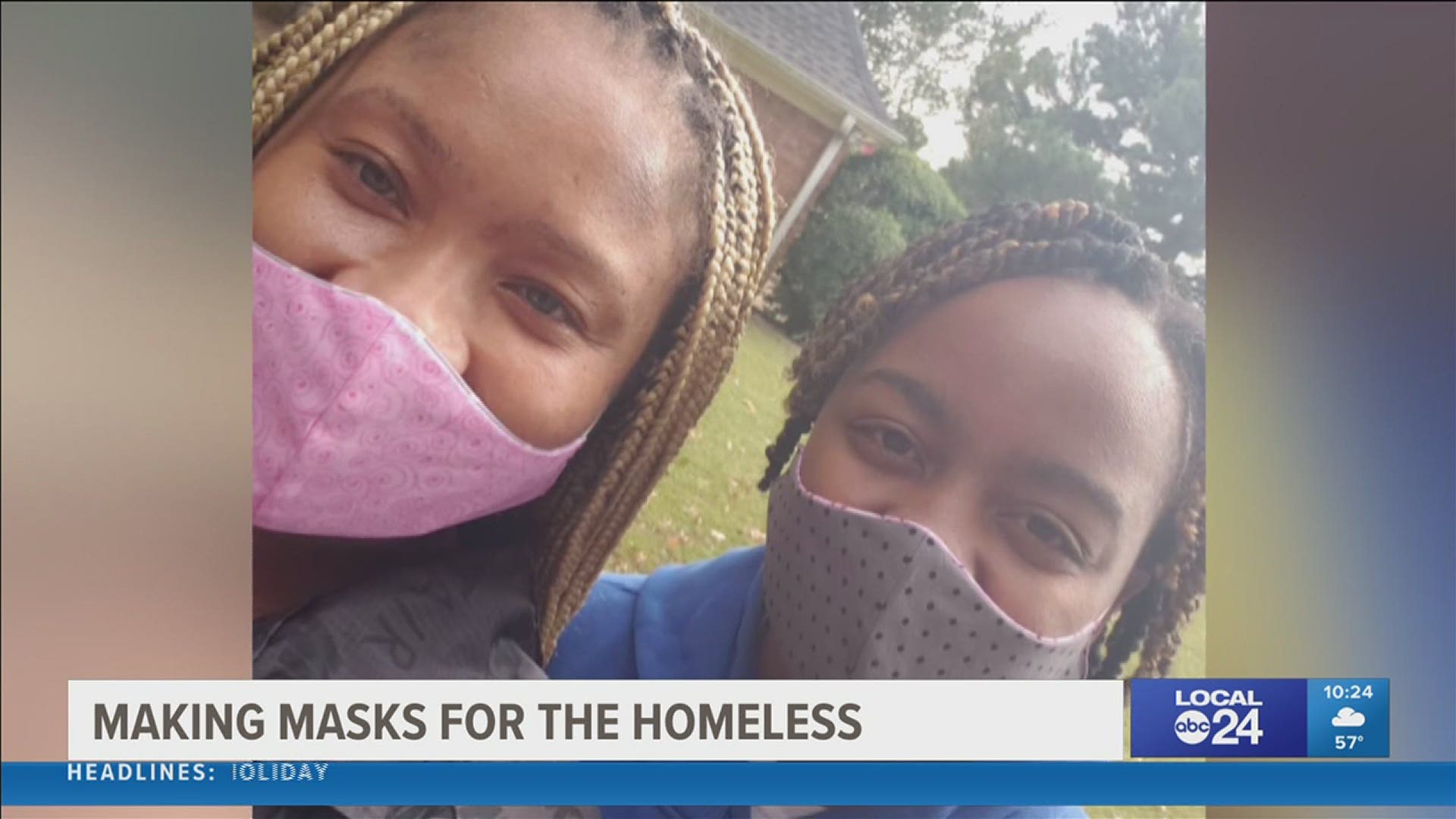 MEMPHIS, Tenn. — Since the start of the pandemic, we quickly realized one of the biggest essentials were masks.

Community members all across the Mid-South got creative making them.

Local 24 News Reporter, Brittani Moncrease, introduces us to one Memphis resident who not only made masks, but supplied them to a certain group of people.

Often times, kindness is a domino effect. What you do for one has a tendency to trickle down to others. Tabitha McGuire is the perfect example of a gift that keeps giving.

Masks have become the go-to in the pandemic. Each has its own uniqueness, style, and look.

Memphis resident, Tabitha McGuire, tapped in to that essential not for herself, but for her daughter.

“My daughter is a social worker. Last March, last April when the pandemic was in full swing, she was still going to work,” said McGuire. “I wanted her to have something where she was cute as well as being protected and safe.”

Quickly, that spread to masks for family and friends.

Then Tabitha noticed something else when she saw people who were homeless.

She has been giving masks to those who are homeless. There are no pictures because it's done at random.

The masks also come with a little extra.

“I started adding snacks, wipes, and a bag. This is one of my little bags right here,” said McGuire.

Every mask has a special touch. Memphis resident, Tabitha McGuire @the_mcguire, started making masks for her daughter at the start of the pandemic. She then spread to family and friend. Now, she makes and passes out masks to the homeless. pic.twitter.com/WdivqfoTZ0

When asked how many she's given away, McGuire couldn't answer.

“Girl, don’t do that," said McGuire. “I have gone through so many schools of thread, so many needles. I can’t even tell you...I try not to be an individualistic person. I try to be a team player. I think it’s going to take a team in order to win this battle against this pandemic. I thought that was what I could contribute is to make sure the people around me were safely covered with a mask.”

Word of Tabitha's good deed has gotten out and people have donated money.

She is now planning to donate masks to a shelter or daycare.

She also started her own business, May Baby Masks.