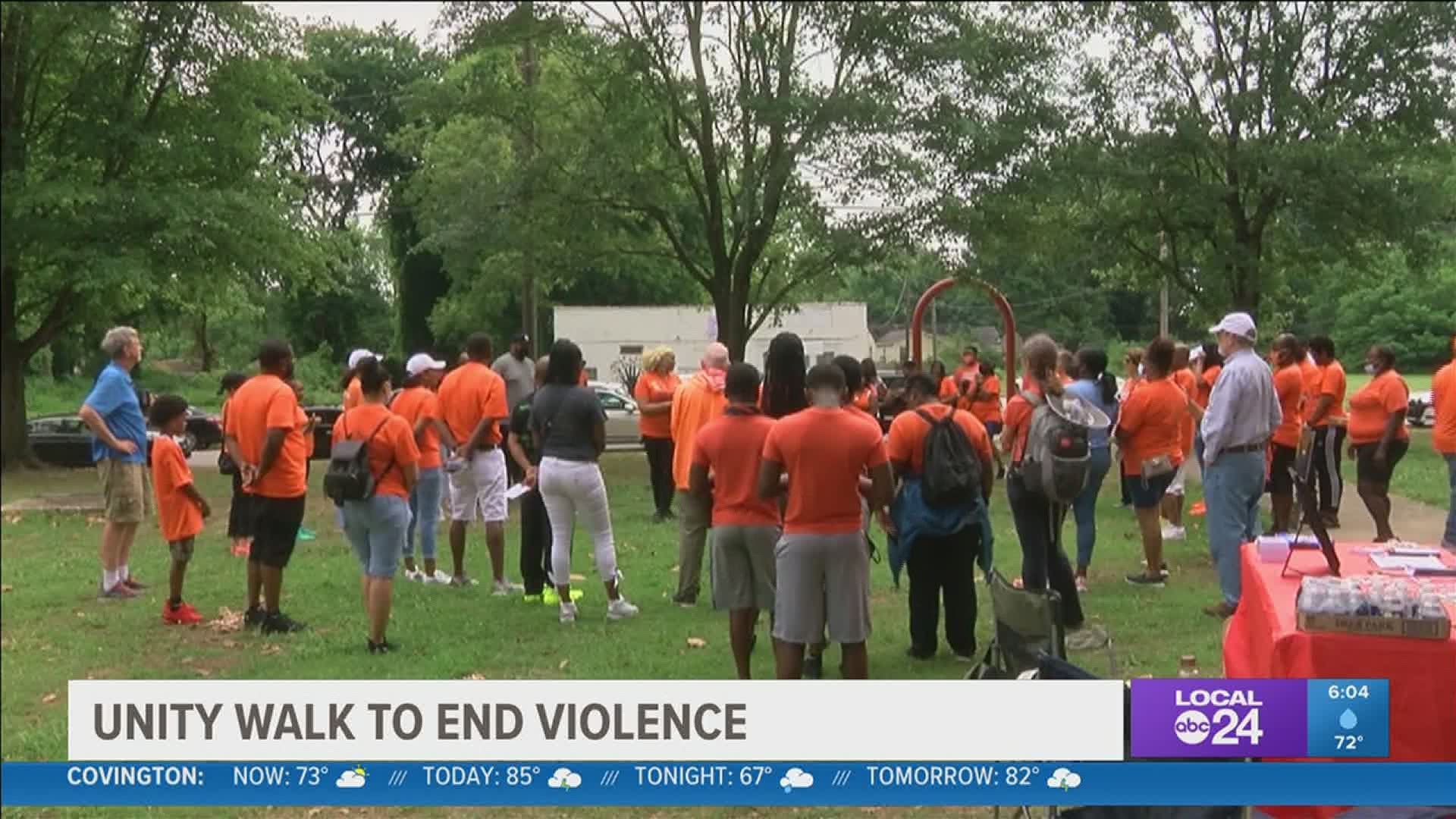 Which is a nationwide push every June to honor survivors of gun violence and demand action to end the epidemic.

"When I see the headlines of someone being killed from senseless gun violence, my heart aches because, I mean, people are just killing people for no reason. I mean and they are getting away with it. That's the worst part about it and they don't know how they affect families and I'm sad about all this killing that's going on around here,” says Marsha Wilson, a survivor of gun violence.

This event is a partnership with Memphis Moms Demand Action and several community partners who say that gun violence kills 100 Americans every day and wounds hundreds more.

About 3 dozen folks from Guns Down In Orange Mound and Moms Against Gun Violence gather in Orange Mound Park for a rally and prayers to stop the violence. Later they'll walk around the park. pic.twitter.com/rE3aCwiQfC