Memphis church learns of a hurtful past, but works to find healing

“To realize our forbearers would have been going to church here on Sunday while this business was being transacted during the week,” said Scott Walters. 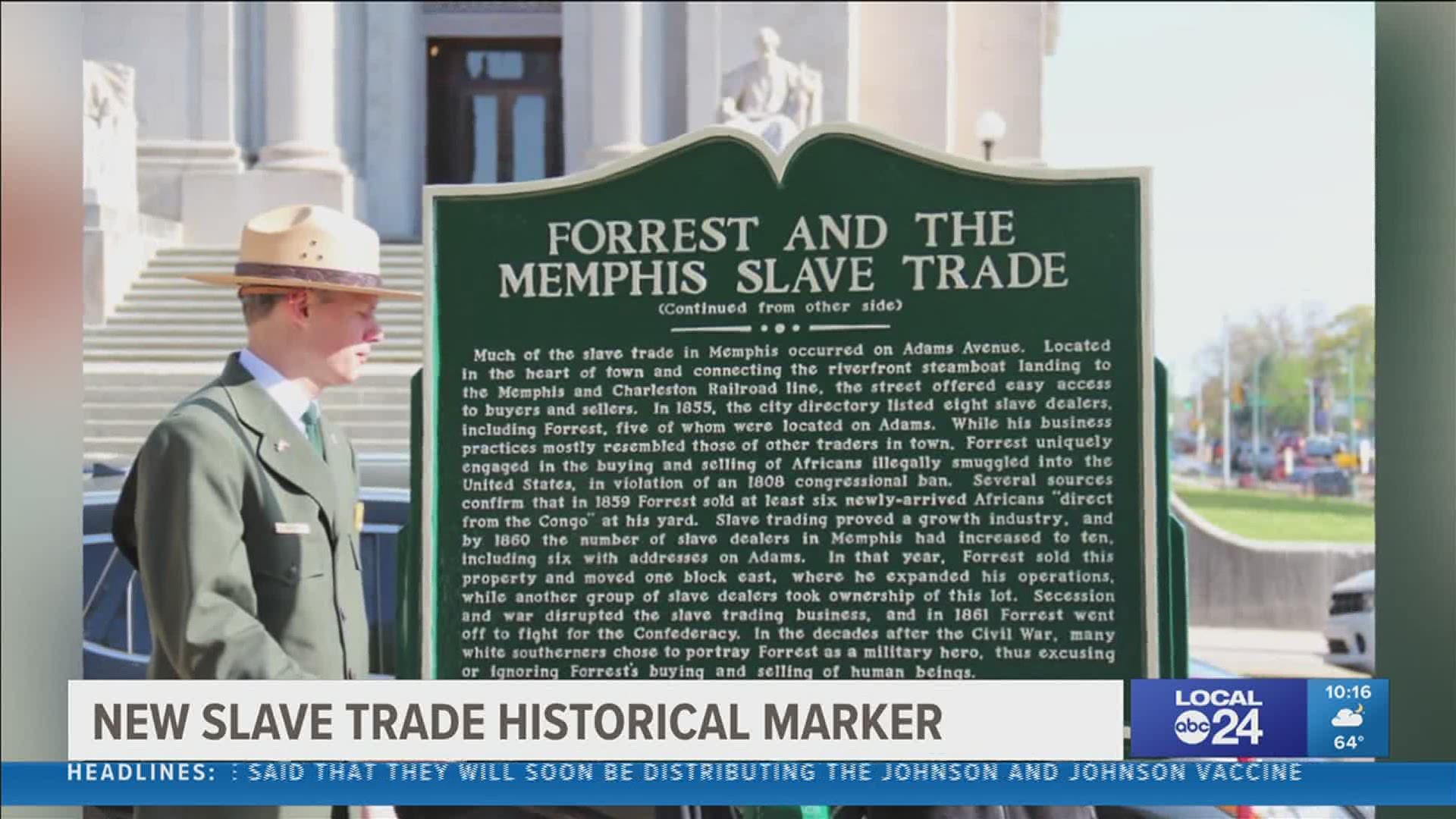 MEMPHIS, Tenn. — You never know what you may run into in the Mid-South.

There is history around every corner. We're taking a look at the history that has connected a slave trade market and a local church.

It is an unexpected connection. It is one that brings pain and shock, yet a road to healing.

“To realize our forbearers would have been going to church here on Sunday while this business was being transacted during the week. Just so close,” said Scott Walters, Calvary Episcopal Church Rector.

The church has sat on North 2nd Street and Adams Avenue in downtown Memphis since 1843.

Just at the end of the block, sat the former home of Confederate general, Nathan Bedford Forrest.

“There was an historical marker that said he lived on this block, but had no mention in how he had made his money,” said Walters.

The church and Rhodes College students did some digging.

“Found that there was an active slave market on that corner for several years in the mid-1800’s run by Nathan Bedford Forrest,” said Walters. “Rhodes' students researched the original source documents to find the names of every person, every human being that was bought or sold that we could find.”

Memphis is filled with a lot of history. Today, we're drawing the connection between a local church and an mid-1800's slave market. Tonight on @LocalMemphis at 10pm.

“It’s just one small way of lending dignity to their lives all these years later. It was really a powerful powerful moment," said Walters.

Last summer, the marker was knocked down. Instead of just replacing it, the church decided to upgrade the entire corner into a sitting area.

“We were also able to secure some COVID funding for our outreach ministries,” said Walters. “We’ve also realized that outdoor spaces are really essential not just to us as a church, but to our whole community. They are safer. We can gather in different ways outdoors.”

It's an effort to address an history of hurt while spreading hospitality.

This month, Calvary Episcopal Church has plans to rededicate the space and restore the historical marker.