The young girl was chosen in remembrance of all she went through when she was 3. 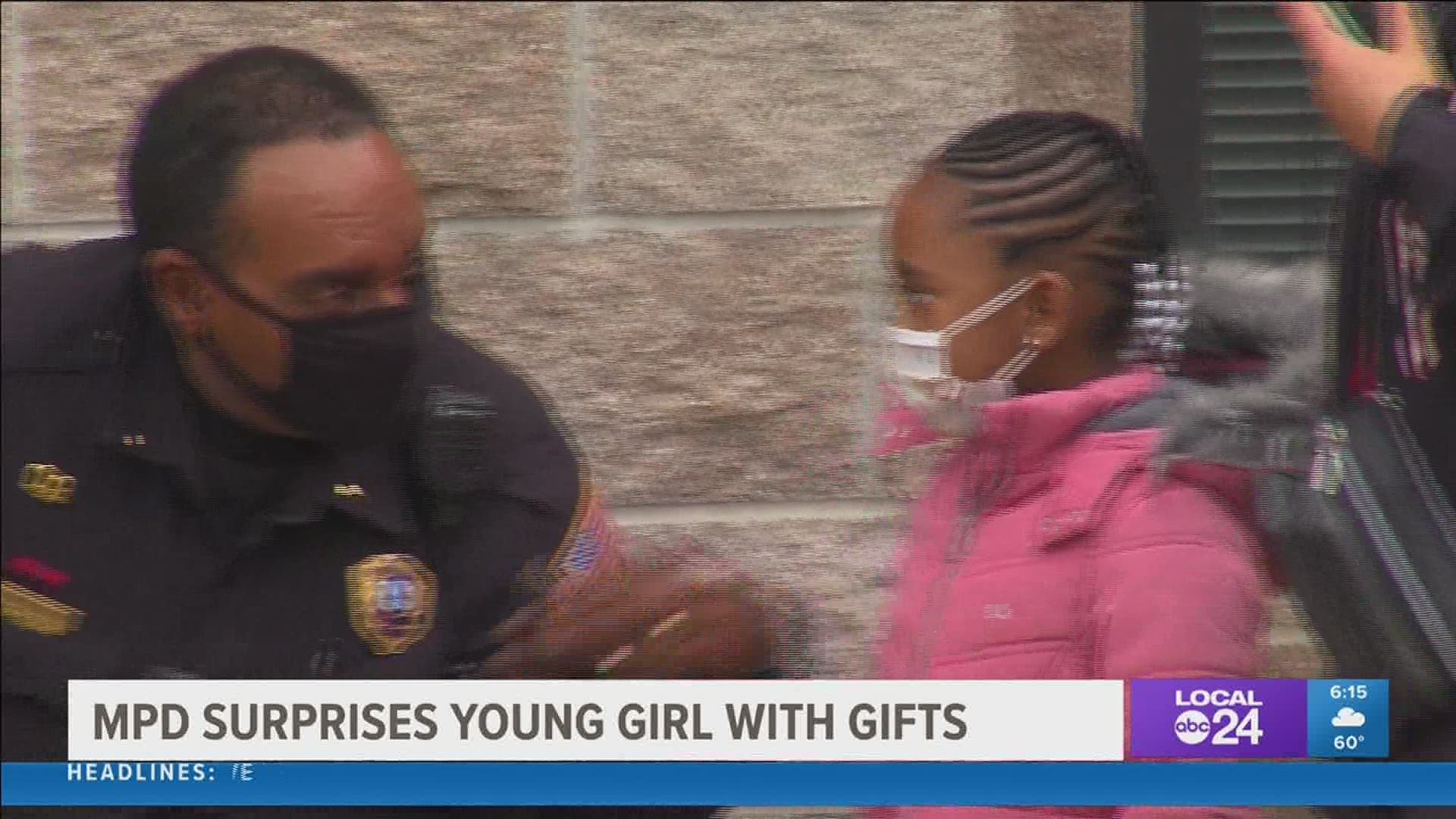 MEMPHIS, Tenn. — The Memphis Police Department continued its service to the local community Wednesday by providing some holiday cheer.

Officers with the Ridgeway Station surprised a 5-year-old and her family with gifts. The young girl was chosen in remembrance of all she went through when she was 3.

The child was kidnapped by her uncle in Olive Branch in August 2019 after the man set his girlfriend, the child's aunt, on fire.

Police said after threatening the child's life, the man led police on a chase through Memphis back to Olive Branch, where he was arrested.

“We did want the child to know that we have not forgotten her. We want the community to know that this is what we as a police department do for our citizens, even in light of the pandemic,” said Kathleen Lanier, MPD Ridgeway Station Commander.

Officers said giving the gifts to this child was special for them after helping her. They also wanted to remind her that officers are there to protect and keep people safe.

The young girl received several gifts, including a Barbie gift set and a toy kitchen set.