Birthday surprise for Mentor boy recovering from MIS-C: Mom's wish for 1,100 cards exceeded with 5,150+ letters from across the country

'I never thought 1,100 was possible!' Owen Caswell's mom said. 'This brings me so much joy that we exceeded that wild idea.' 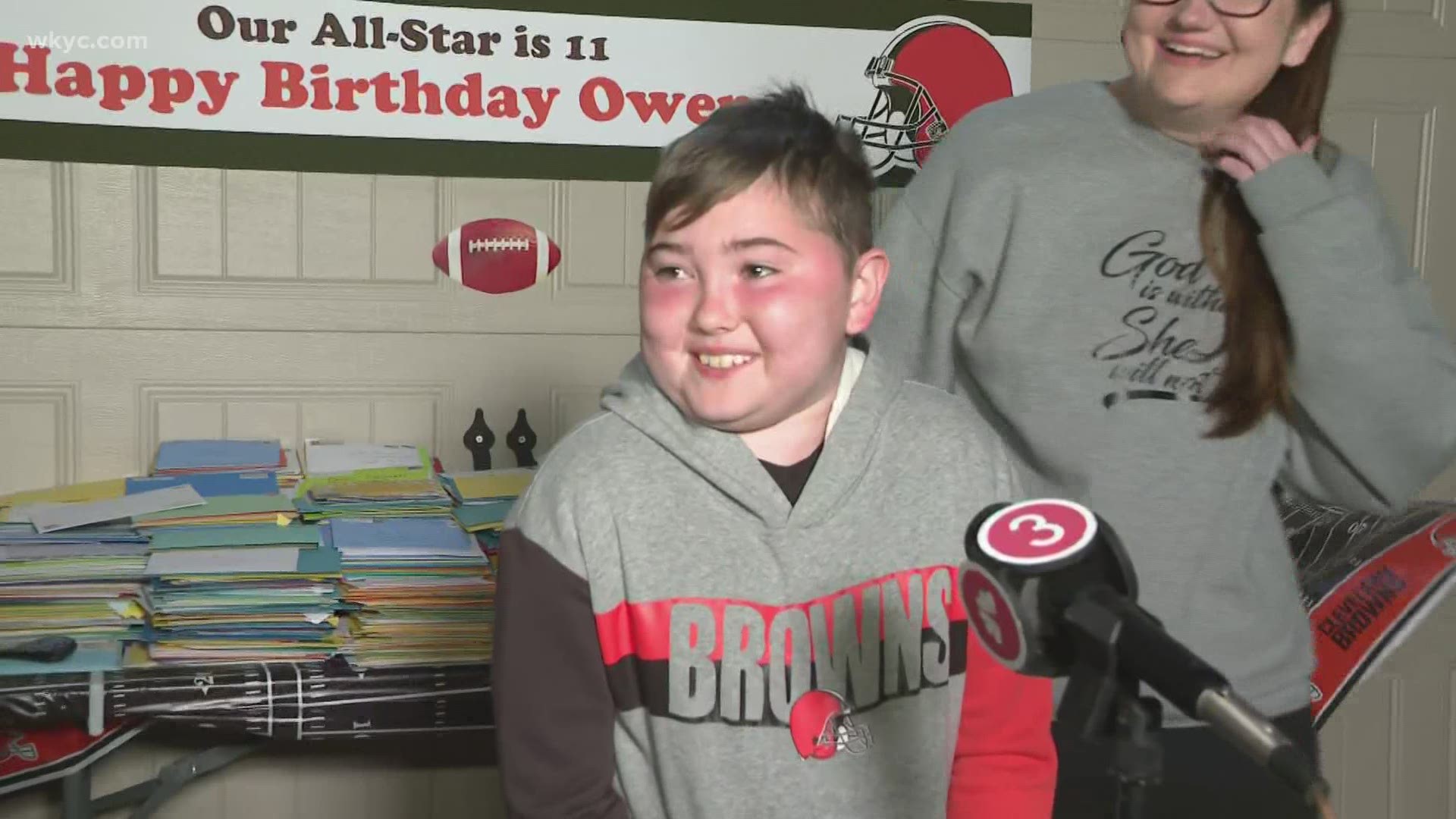 MENTOR, Ohio — Surprise! As we recently shared a story about Owen Caswell and his recovery from MIS-C, his mom had the idea of asking the community to send 1,100 cards to help celebrate his 11th birthday.

Well... Today is his birthday, and Owen had no idea we were there to surprise him live on 3News at 6:30 a.m. with thousands of cards. That’s right! You delivered! His family says they’ve already received 5,158 cards and counting from all across the United States -- and even from a few places outside of the country, including Wales.

"I never thought 1,100 was possible!" his mom tells 3News' Jasmine Monroe. "This brings me so much joy that we exceeded that wild idea."

RELATED: Mentor mom asking community to send cards for son's 11th birthday as he recovers from MIS-C: Here's the address

His mom’s idea came as a way to help cheer him up as Owen has been stuck at home recovering from Multisystem Inflammatory Syndrome in Children, which is a complication of COVID-19 in children. He spent 16 days in the hospital and three days in the ICU.

When asked if there was anything else he wanted for his birthday, Owen gave this response: "I already got everything."

We streamed the moment Owen was surprised, which you can watch in the player below:

If you would like to get involved and send him a card, you can still do so by mailing one to the following address:

Editor's note: Video in the player above was originally published on March 12, 2021.

SUBSCRIBE: Get the day's top headlines sent to your inbox each weekday morning with the free 3News to GO! newsletter

Some of you also shared pictures with us of your family sending Owen some of those cards.