Did someone say grocery store? After four years, Quitman County residents are no longer living in a food desert

Local 24 News Weeknight Anchor Katina Rankin talked to the owner and residents about the new store they hope breathes life back into the small Mississippi city. 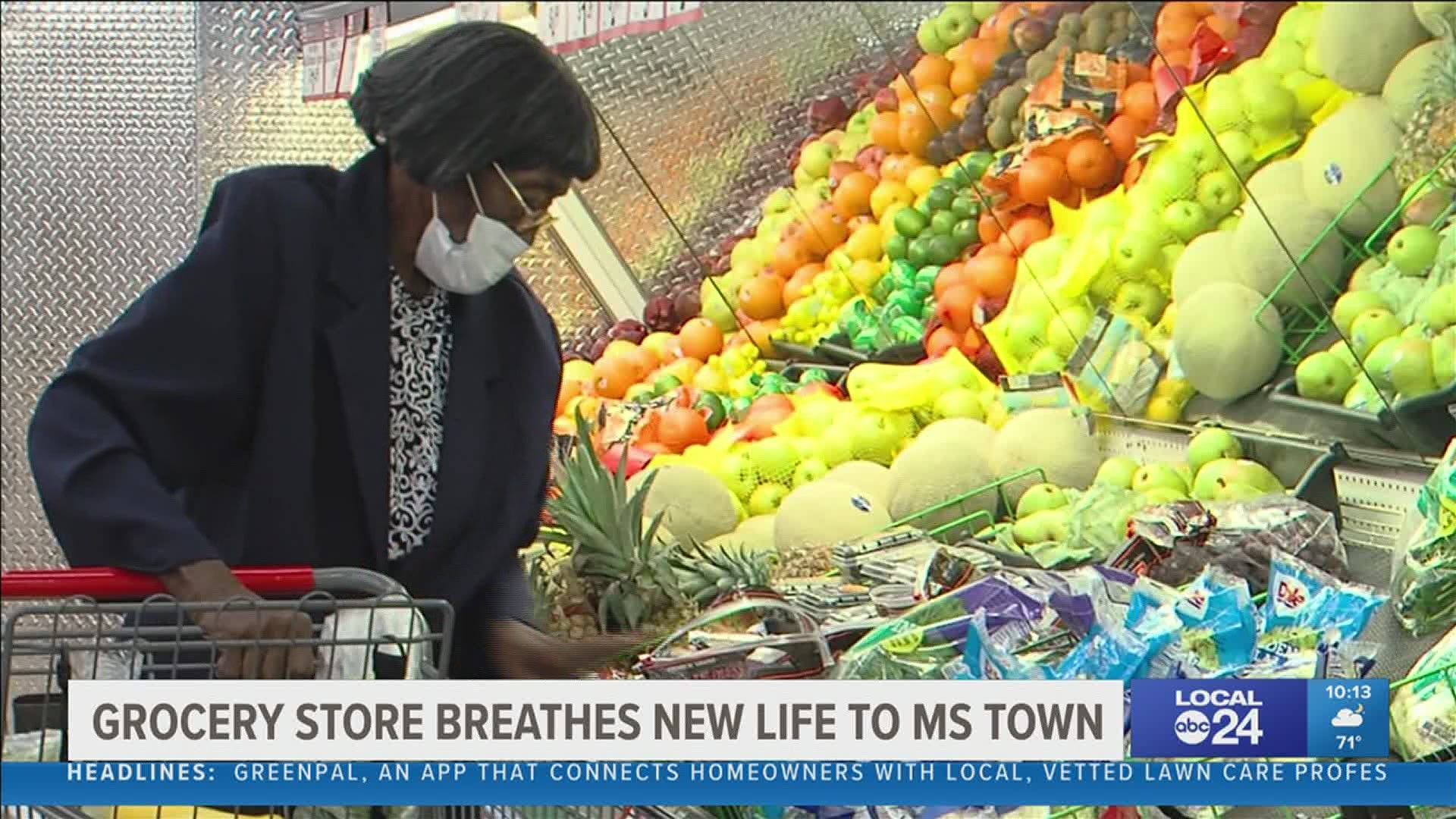 Local 24 News Weeknight Anchor Katina Rankin talked to the owner and residents about the new store they hope breathes life back into the small Mississippi city.

Aisles and aisles of food: canned goods, boxed products, meat in freezers, bread, fresh produce! It may seem just like a trip to the grocery store for us. Yet, for 90-year-old Earline Melchor, who's shopping today, it hinges on a miracle.

We first met Mrs. Earline Melchor back in 2019.

"Right now, I have to hire somebody to take me Batesville or Clarksdale, drive my car," said Melchor at the time.

We followed Mrs. Earline from her home to the nearest grocery store. It was twenty-nine (29) miles away, one way, and in another county. You see, Quitman County, the entire county was a food desert - not a single full-service grocery store in the county for almost four (4) years. Mrs. Earline didn't think she'd live to see the day another grocery store would come to Marks, Mississippi.

"No. Because it happened so many times, we were supposed to get a store, and it went bad. I didn't believe this one 'til we did this interview," said Melchor.

Velma Wilson is the Quitman County Economic Tourism Director. She's been working all of those years to get a grocery store in her hometown.

"I was born and raised here, and it is very near to me," said Quitman County Economic Tourism Director Velma Wilson.

She found James Jeffcoat. He owns a grocery store in Tunica, Mississippi. He saw the Local 24 documentary: The Mule Train: The Poor People's Campaign Continued and was moved to provide residents of Quitman County food - eliminating their food desert.

"That was definitely a big part of it. When I saw the documentary, I said, 'Hey they really need a grocery store. These people don't want to drive to Batesville and Clarksdale'," said Jeffcoat Family Market Owner James Jeffcoat. "I've always helped people. I've always done that. In Tunica, there's a pecan orchard, I let a guy sell his pecans there. When they had the big corn fields all over the place during the fall, I let them come in and sell all the corn. I don't make a penny off of it. And I'm just trying to help them. I've always done things like that."

Jeffcoat is not only bringing jobs to the area for folks who work at the grocery store, he'll also be using local farmers to provide produce.

"Most of these growers are minority growers, and a lot of them are females," said Wilson.

For Mrs. Earline, she's just happy to once again have a cart to push and fresh veggies. She's grateful to Jeffcoat, Wilson and most importantly, God - grateful they didn't quit on Quitman County.

Coming up next week, we'll go one-on-one with James Jeffcoat. Hear why opening this grocery store was especially important to him and what else he has planned for the community.