Ride of Tears paid tribute to victims of violence in Memphis

The organization honored victims on the day 7-year-old Kelby Shorty was laid to rest after being shot to death July 4th. 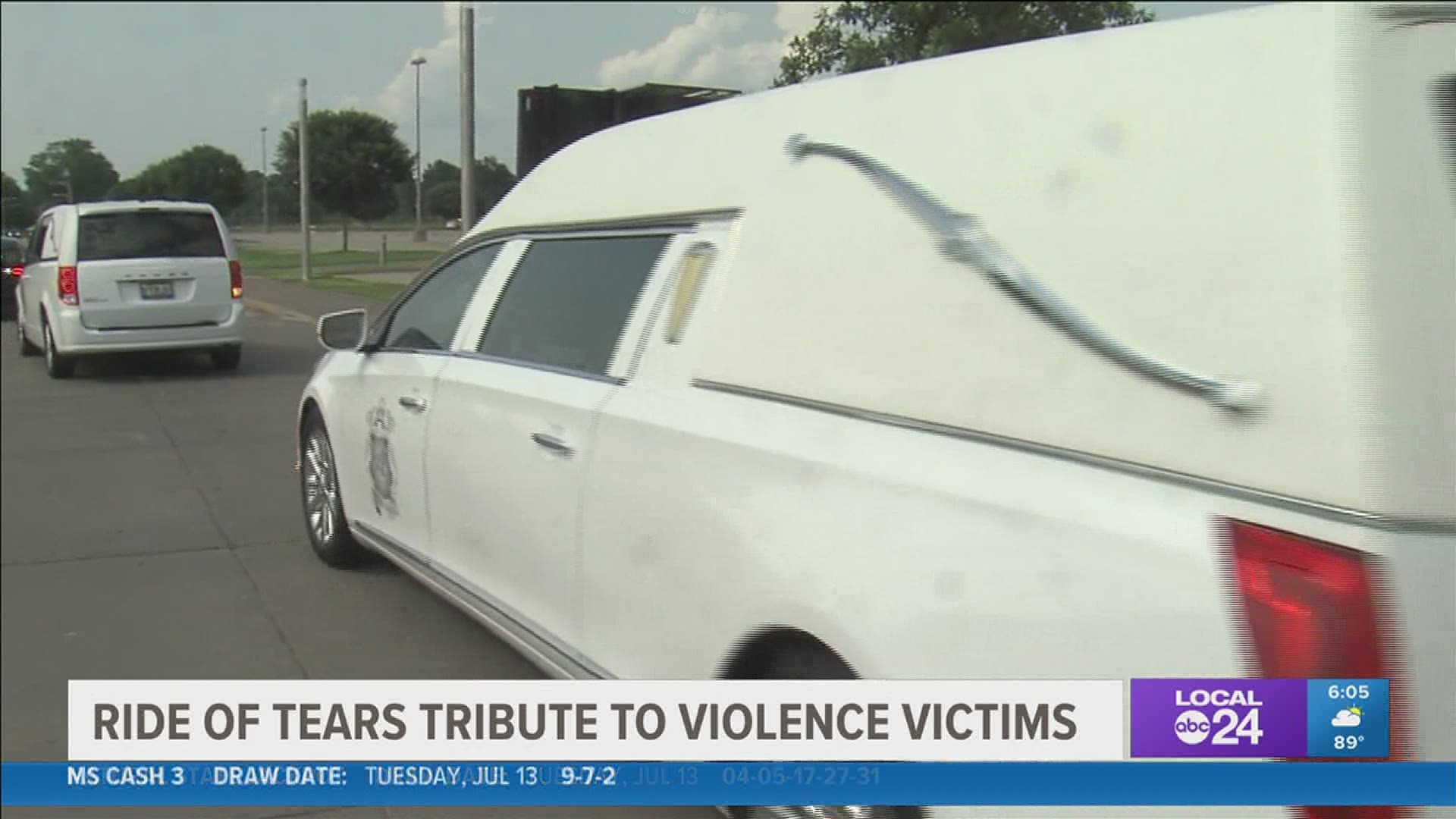 MEMPHIS, Tenn. — With almost daily reports of child shootings, highway shootings, and gun violence throughout Memphis, there are too many grieving families.

That's why Wednesday afternoon the Ride of Tears organization paid tribute to the victims of violence in Memphis while raising money for Kelby Shorty's family. Kelby was the 7-year-old was shot and killed on the fourth of July in front of his grandmother’s home. He was laid to rest Wednesday.

On 7/4 around 11 pm, officers responded to a shooting at 736 N. Montgomery. Officers located three shooting victims. Two adults were xported to ROH critical, and a juvenile was pronounced dead.
The suspects fled in a gray Mazda sedan.
Call 901-528-CASH with any tips.