Federal tax dollars are heading to Memphis to help hundreds of homeowners at the greatest risk of lead exposure. 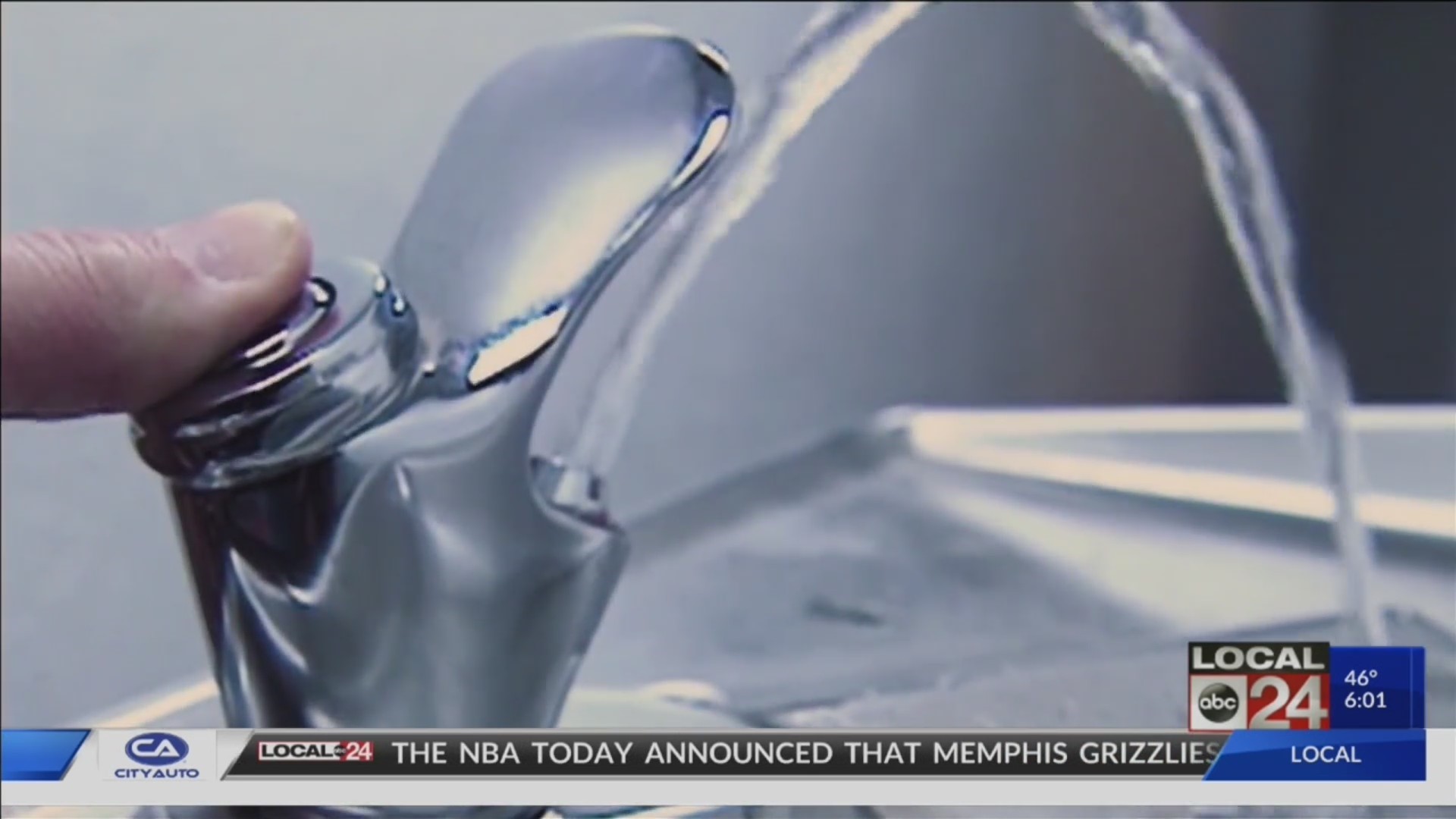 MEMPHIS, Tenn. (localmemphis.com) – Federal tax dollars areheading to Memphis to help hundreds of homeowners at the greatest risk of leadexposure.

Tuesday, those with the U.S. Department of Housing and UrbanDevelopment – or HUD – announced nearly $6 million in a grant to remove leadpaint and lead hazards in 300 homes built before 1978.

The grant dollars will be prioritizes in lower income areaslike Orange Mound, with many homes built between the 1920s and 1940s, and withfamilies at the greatest risk of lead exposure: those with young children indirect contact with chipped lead paint. 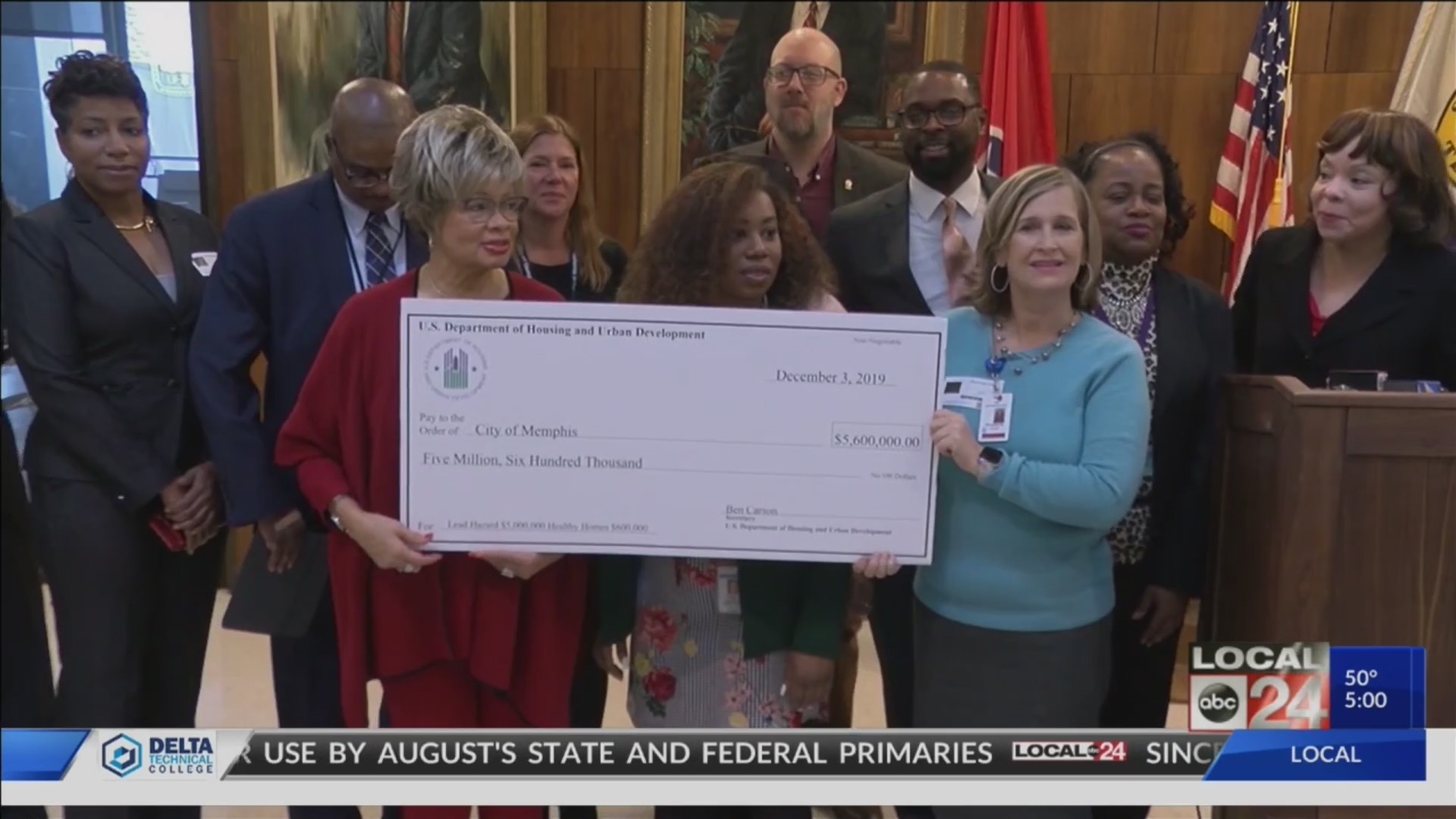 That includes children like 4-year-old Zelander Wright, wholoves playing outside his home, built in 1921 and likely with lead paint. Olderhomes like that are potentially harmful for him and other young children.

“It’s very serious because the kids play all the timeand they love putting their hands inside their mouth,” Zelander’s motherChristina Wright said.

She’s a potential candidate of a new $5.6 million federalgrant to remove lead paint in 300 Memphis homes built before 1978 and forfamilies with children under the age of six.

“It would be the happiest moment in my life knowing mykids are safe and they are not getting sick, what more can you ask for?” Wrightsaid.

But the grant dollars will only tackle a small fraction of amuch larger problem.

According to census data, about 200,000 homes, more thanhalf the total in all of Shelby County, were built before 1978 and likely withharmful lead paint.

“Lead paint is nothing to play with at all, so we need toget it addressed,” Orange Mound resident Marvin Conway said.

“What it really says to us is that we have to bevigilant about this issue and not give up on the issue,” Shelby County HealthDepartment Director Dr. Alisa Haushalter said.

Meanwhile, Dr. Haushalter said on-site testing at 35 ShelbyCounty Schools is expected to begin next weeks. Those schools were recentlyfound to have elevated lead levels in at least one water source followingtesting.

City of Memphis leaders expect eligible families will beable to apply for the federal grant dollars for lead paint removal in the nextfew months. 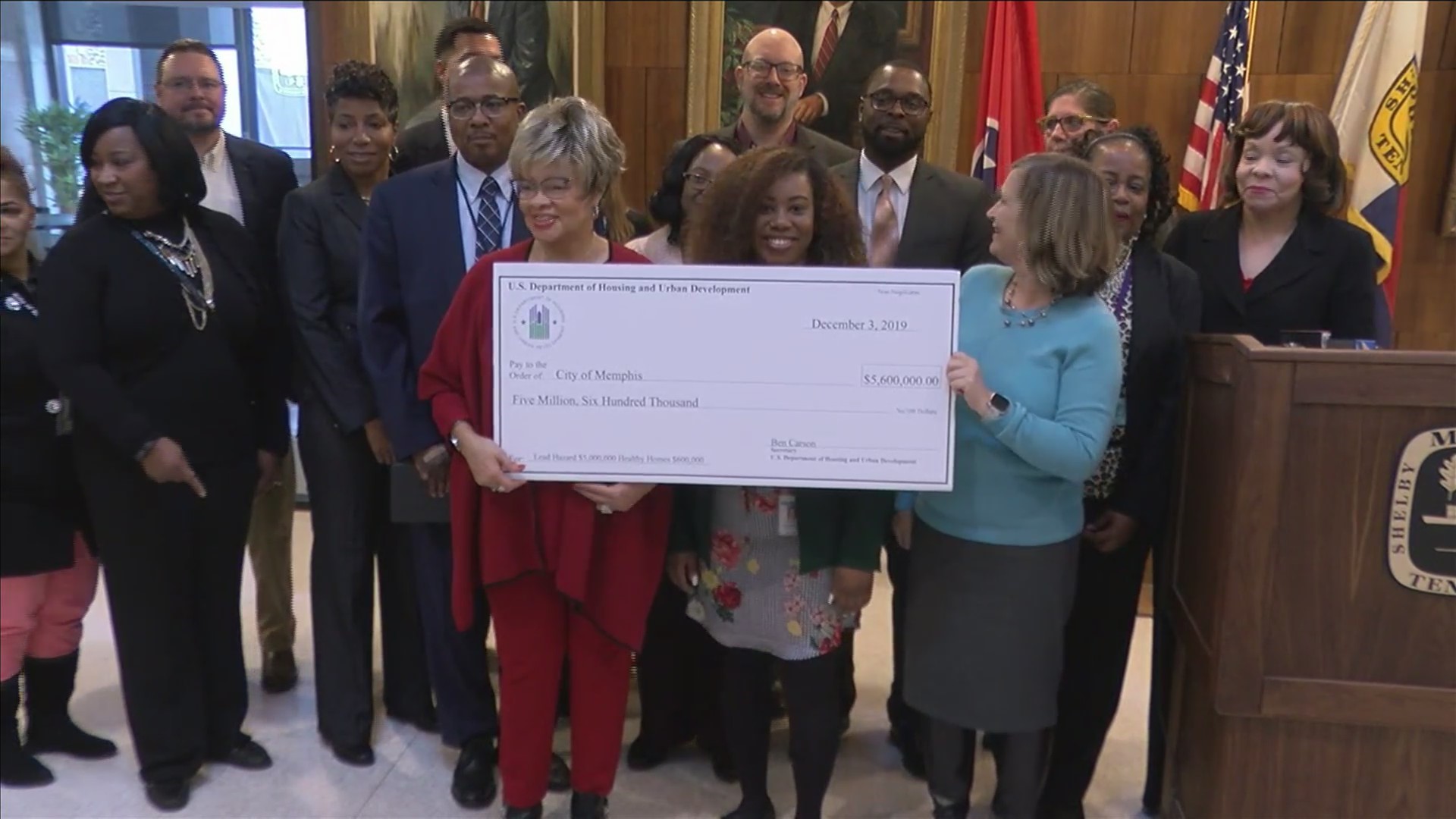 From a news release from the City of Memphis:

Today, the City of Memphis was awarded a $5.6 million grant from the U.S. Department of Housing and Urban Development’s Office of Lead Hazard Control and Healthy Homes (OLHCHH). This funding was awarded to the Division of Housing and Community Development as a result of a competitive grant process to reduce lead paint hazards found in homes built before 1978 and occupied by low-income families with children under the age of six.

The grant funds will be used to identify and address lead-based paint hazards in 300 eligible housing units in the City of Memphis and Shelby County. The program will incorporate healthy homes interventions in 120 of those eligible units. The funding will also provide training resources and job opportunities to more than 80 low income residents.

In partnership with HUD since 1995, this funding will help the City of Memphis to continue its fight against the dangers of lead poisoning in our children. It will also strengthen our valued partnerships with Shelby County Health Department, State of Tennessee- TDEC, Memphis Housing Authority, Le Bonheur Children’s Hospital, and many more agencies as they will provide referrals of properties that meet the criteria to participate in the program.

For more information about the program, please call (901) 636-LEAD (5323) or visit the website at www.leadsafememphis.org.