Alexander Redditt was shot August 21 while working security at a gas station on Millbranch in Whitehaven. 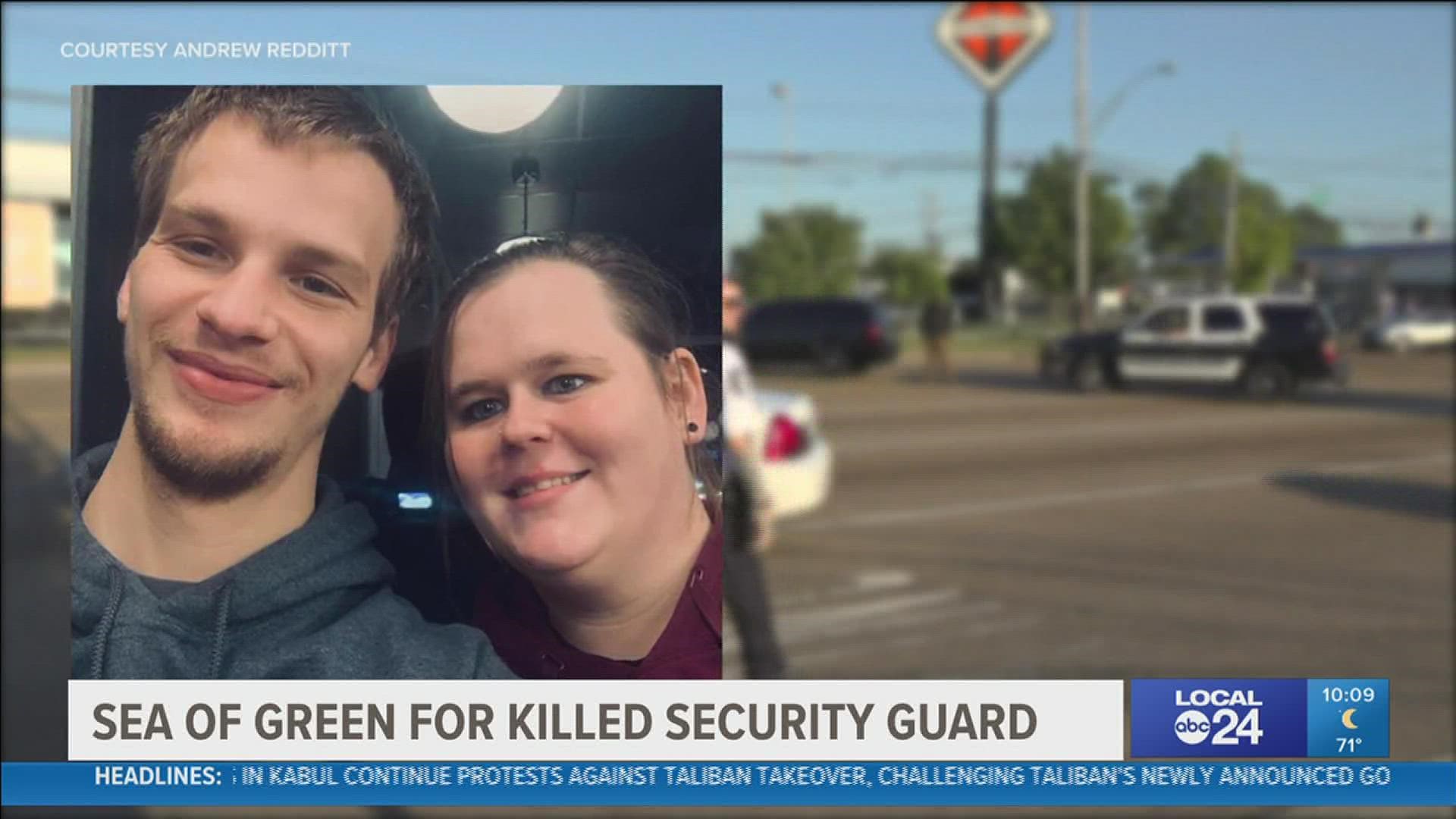 MEMPHIS, Tenn. — A security guard who was shot and killed on the job was honored Tuesday night with a “sea of green” procession.

Memphis Police say Alexander Redditt was shot August 21 while working security at a gas station on Millbranch in Whitehaven. He died a week later. Fellow security officers, friends, and family gathered at the gas station Tuesday to hold a “sea of green” procession in his honor.

"He loved help changing lives one day at a time, even if he helped change just one life his fulfillment was done. He had done everything that he could, wanted to do, anything further was just a great accomplishment," said Alexander’s brother, Andrew Redditt.

Anthony Buntyn, On Your Six Task Force owner, said, "We're just out here to honor Sgt. Alexander Redditt and to also bring awareness that to the dangers security officers face as a whole as well."

Police say the man accused of shooting Redditt is in custody. Darryle Tate is expected in court September 17 for a mental evaluation.

Posted by On Your Six Task Force on Monday, September 6, 2021