The 15-year-old is building a gazebo to honor the memory of Kerry Hebert, a well-known and very involved community member from the town of Starks. 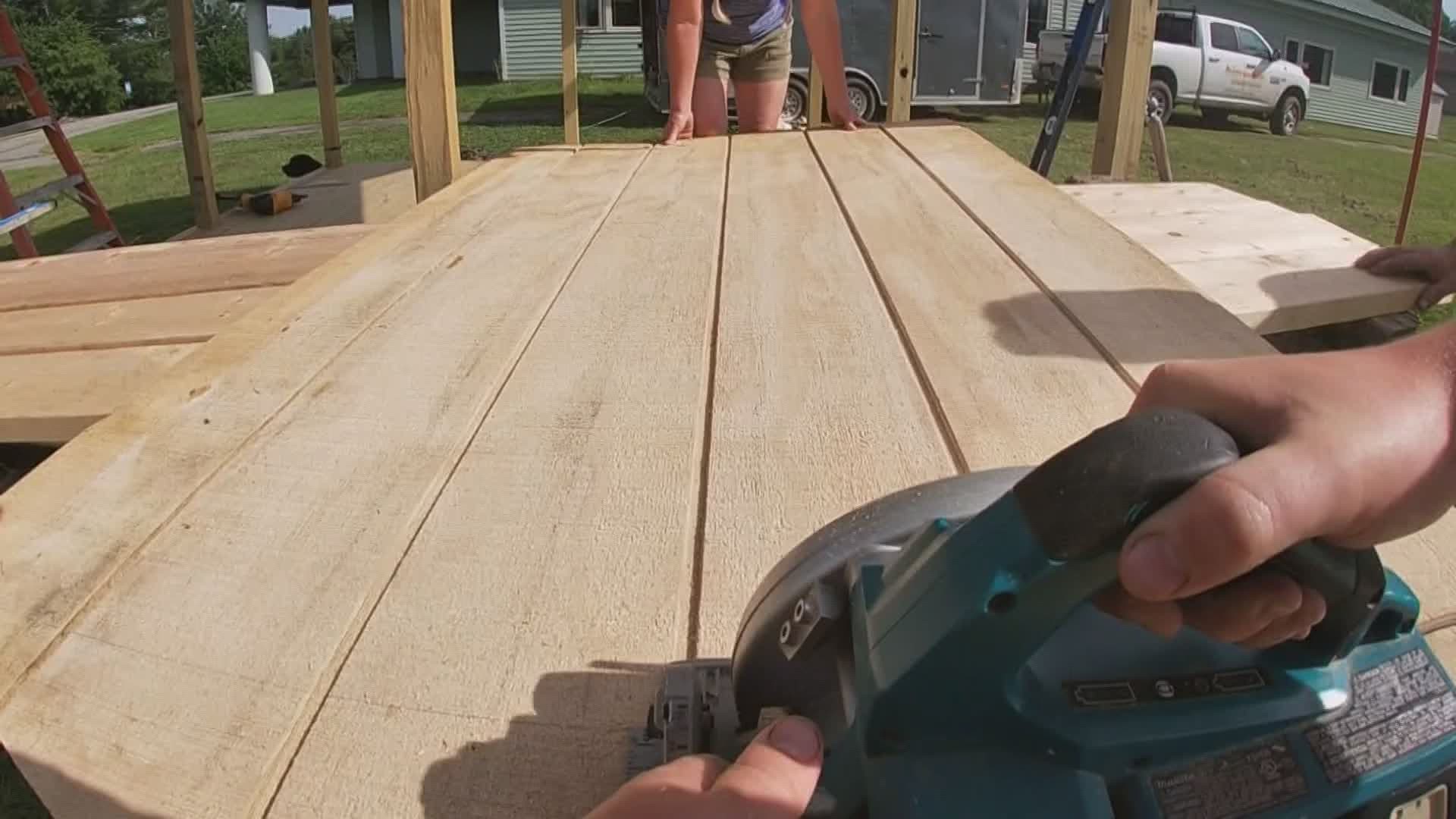 STARKS, Maine — With COVID-19 upon us, and social distancing guidelines...an eagle scout project of eight boys ended up being a job of one.

Daniel Taylor's idea was to build a gazebo from scratch at his local community center in Starks.

This was all part of his Eagle Scout Service Project, that require scouts to build something to benefit the community. This was an extra special project to the 15-year-old and his entire community because he wanted to do something that could remember and honor the memory of Kerry Hebert.

Hebert was a very well known and involved community member.

"He was a member of the planning board, the board of assessors, years past he was very active with the volunteer fire department, he was even a selectman for a while," said Jennifer Hebert, Kerry Hebert's wife.

After a year of planning, Daniel Taylor decided to continue his mission of finishing his project. He was supposed to have help from his other 8 troop members but due to the ongoing coronavirus pandemic, he built the gazebo himself.

The special end goal? To always remember Kerry Hebert's hard work and leadership in the town of Starks.

"My best friend is Josh Hebert, his father passed away, and I wanted to do that for him as well as everybody who knew him," says Daniel Taylor.

"He was disappointed that he didn't have them here to help, but he's ok with it... he's a hard worker," says Darlene Taylor, Daniel's mother.

Daniel has been working on the gazebo for three Saturdays. He thinks he will finish it next Saturday, and then will wait a couple of months to paint it. He tells NEWS CENTER Maine he wants to wait and see if it would be safe then, for the other troop members to help him with the final touches.

Hannah Yechivi
A boy scout from Starks is working on a very special eagle project! ... Daniel Taylor designed and is building a memorial gazebo for a well-known member of his community - Kerry Hebert. Hebert was part of the planning board, a member of the board of assessors, a volunteer at the fire department and even a selectman.

"It's been warm, it's been hot out..so it's been tough but it's good to get this done," says Daniel Taylor.

"It means something to us!" says Darlene Taylor.

It means something to the Taylor's, to the Hebert's and to the entire Starks community who knew Kerry Hebert.

"My husband will be memorialized right where he should be, where he was involved his whole life," says Jennifer Hebert.

The future eagle scout who designed and build the memorial says when the gazebo is finished, he still has the hardest part to complete: a lot of paperwork to be sent to the scout authorities! Hopefully, after that...he will be an eagle!

Danny Taylor is working on a very special eagle project in Starks! The 15-year-old is building a gazebo at the Starks community center in memory of Kerry Hebert. Kerry was very involved and well-known in town. “His priorities were always in the right place, it was a huge loss.” pic.twitter.com/xhOckd25sA

RELATED: Book club in its 9th year finally meets again in Belgrade Lakes after breaking due to COVID-19 pandemic