'They thought the bridge was something. They ain't seen nothing yet,' | Activist reflects on the day protesters took over I-40 bridge

It's been 5 years since thousands of protesters flooded the streets of downtown Memphis and made history. 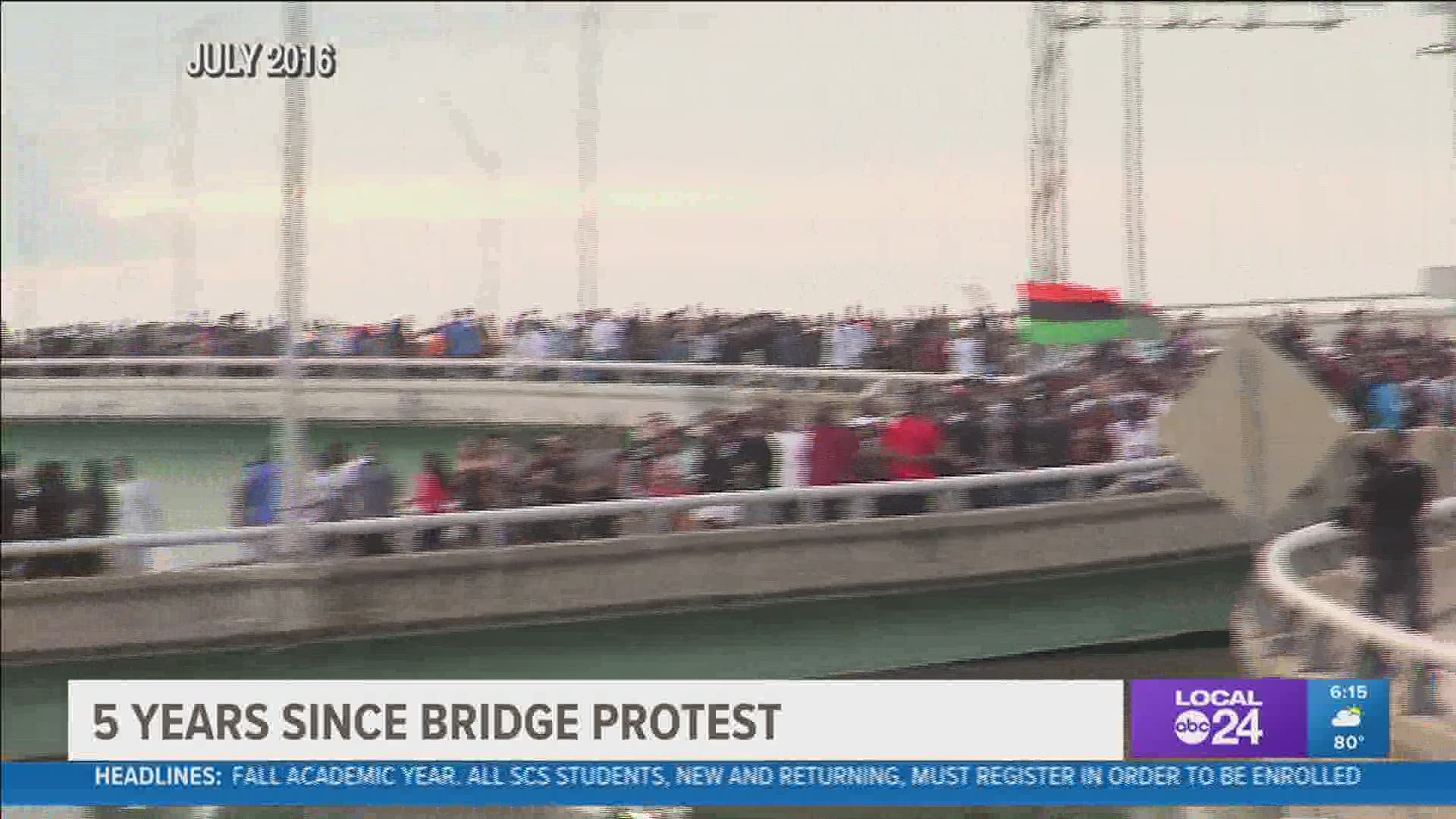 MEMPHIS, Tenn. — July 10 marked the five-year anniversary when thousands of protesters flooded the streets of downtown Memphis and made history. Some Memphians are still waiting for the change they demanded in 2016.

Frank Gottie reflects on the day he led thousands of protesters to the I-40 bridge which shut down traffic for nearly four hours.

The protest formed days after Philando Castile and Alton Sterling were killed by police officers in Minneapolis and Baton Rouge, but Gottie said the protest was bigger than just police brutality.

"Yeah, it was for police brutality. But, first of all, it was for the violence in our city," Gottie said.

He said nothing has changed in the past five years, especially the violence. According to the Memphis Shelby Crime Commission, gun-related violent incidents and murders are up by 30% since 2016.

"People can get out here, and we can scream 'stop the violence' all day, but right after, someone will get shot down the street," he said.

Despite it currently feeling like no one is listening, Frank said he knows change can't happen overnight.

"The change might come when we dead and gone. Like Martin Luther King, they march, you know, for years and they didn't see the change, but we have seen the change."

And if everyone continues to fight, he said the next generation will see the change.

"They thought the bridge was something. They ain't seen nothing yet," he added.