She was college-educated, lead the choir, played the church organ, and served as a proud member of the NAACP and several organizations that focused on social justice 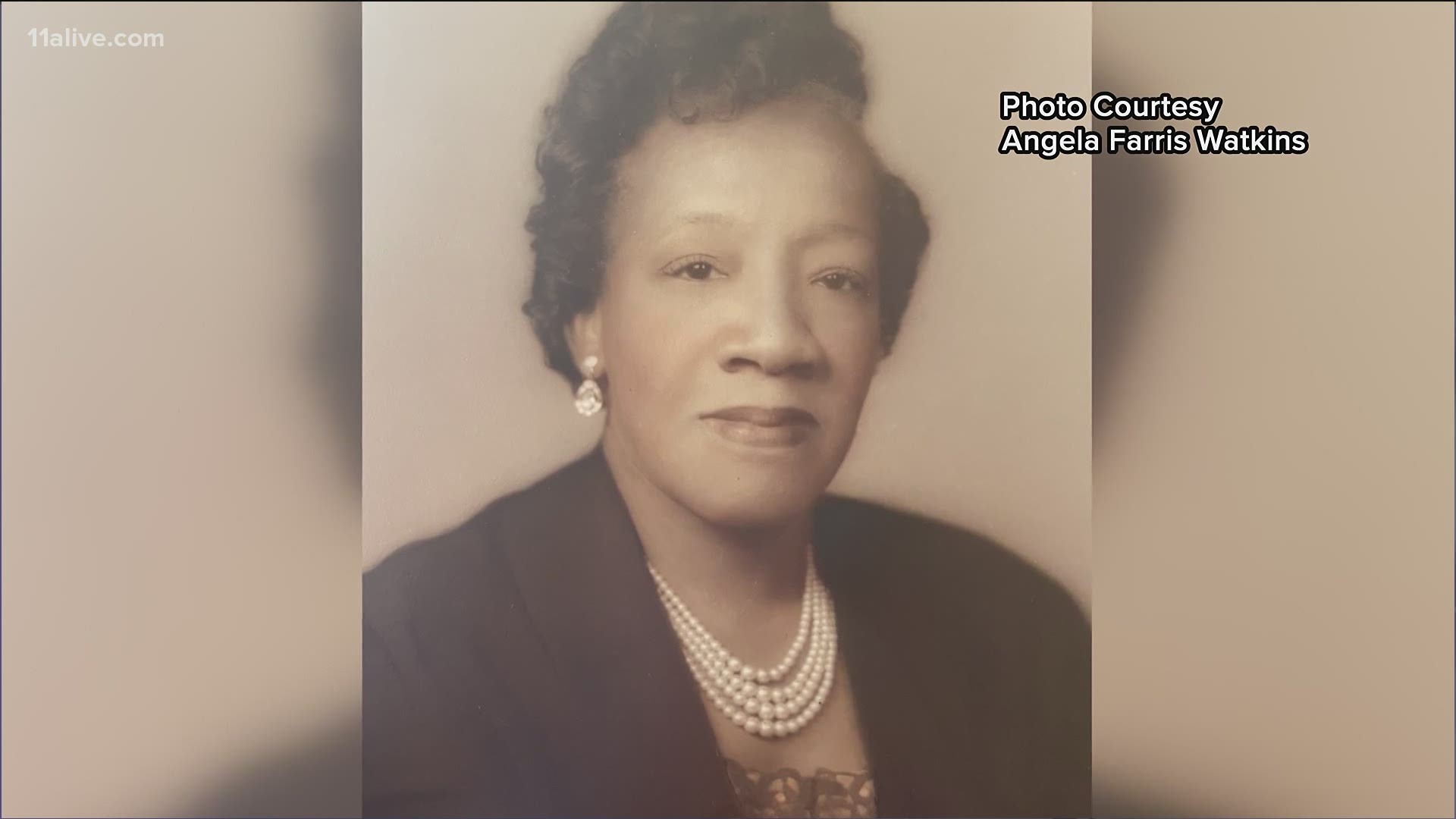 ATLANTA — Alberta Williams King was the First Lady of Atlanta’s Ebenezer Baptist Church and of her community.

As 11Alive celebrates Women’s History Month, Alberta King’s contribution to the Civil Rights Movement is brought to light and shared to let the world know how impactful her life truly was.

She was one of the original mothers of the movement, in literal terms as well. She was the mother of the great Dr. Martin Luther King Jr. That’s a legacy the world is very familiar with.

But the story of his mother who pushed him toward a lifelong commitment to serving others has not been shared enough.

Alberta Williams King’s legacy is deeply woven in the fabric of what makes Atlanta, Atlanta.

“She was just a remarkable human being,” her grandson Martin Luther King III said.

Her youngest granddaughter Angela Farris Watkins recalled what she loved about her grandmother.

“Alberta Williams King is one of the most important aspects of the modern civil rights movement,” Hobson said.

Her father, Adam Daniel Williams, was the pastor of Ebenezer Baptist Church. After he died, her husband, Martin Luther King Senior began to lead the church. He was better known in the community as Daddy King. Since then, the King name has become synonymous with the iconic landmark in Sweet Auburn.

During the interview with Martin Luther King III, 11Alive’s Neima Abdulahi reflected on Alberta’s family history prior to her marriage.

“Long before the King name became a household name in Atlanta, she was a queen in her own right,” Abdulahi said.

“There’s no question. She was a remarkable human being. Literally maybe who walked with kings and queens, but retained the common touch,” King III said.

Alberta Williams King was the glue for Ebenezer Baptist Church, as a devoted wife, mother, and church member. She was college-educated, lead the choir, played the church organ, and served as a proud member of the NAACP and several organizations that focused on social justice.

“There’s a long-standing tradition of black women who were at the center for full-scale civil and human rights. And Mrs. King is absolutely one that should be considered,” Dr. Hobson said.

To her children, she proudly educated them on society’s hardships, racism, and how to make a difference in their lifetime.

“Her greatest task was developing her own children. She was one of the last people that dad talked to before he was killed. My grandmother explained the vestiges of racism. This is the way it is today, and we must work to make the world better,” Martin Luther King III said.

“There’s a lot to say about the way that she explained the problem of Jim Crow Laws, and racism really made a difference,” Watkins said.

Dr. King wrote letters to his mother. In one of the letters, he said: “I often tell the boys around the campus I have the best mother in the world.”

“Mrs. Alberta Williams King was a major component as to how Dr. King was able to really understand humanity,” Dr. Hobson said.

Dr. Hobson said there’s a desire to highlight and celebrate the women of the movement, so their legacy is not overshadowed or forgotten. As a historian who focuses on African-American studies, Dr. Hobson said Alberta Williams King is just one example of dynamic figures who are worthy of being celebrated.

“There’s a new shift in the paradigm in how we understand the field that really does focus on women, it focuses on coming from the bottom up,” Hobson said.

Alberta Williams King’s last moment alive was in the same church she grew up, and then raised her children in. On June 30, 1974, the beloved community member was shot while she played the organ during a Sunday service inside her safe haven of Ebenezer Baptist Church. The man responsible was later arrested. She died six years after the murder of her son.

“She was playing, ironically, the Lord’s Prayer when she was killed,” King III said.

Nearly 47 years after her death, now there’s a yearning desire to not gloss over her legacy, so the world never forgets the first lady of Ebenezer, the centerpiece of Sweet Auburn.

“This story could be inspiring. This story of who Alberta Williams King was and what she represented to her family and to her community,” Martin Luther King III said.