Men will slip into a pair of high heels and walk mile in support of ending violence against women. 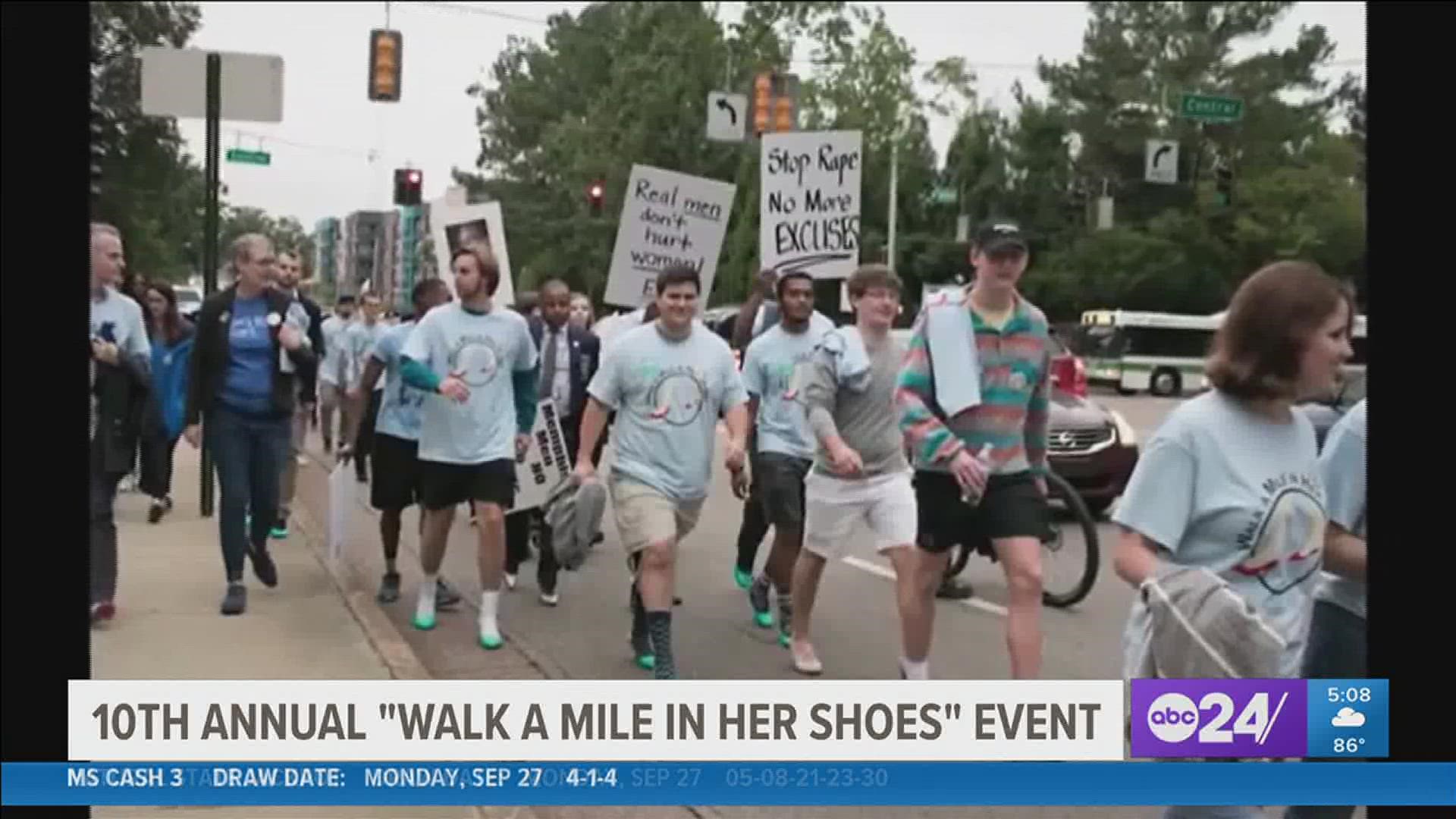 MEMPHIS, Tenn. — There’s an old saying that says, “you can't understand another person's experience until you've walked a mile in their shoes.” That’s no easy task when it means men walking one mile in a pair of high heels, but that’s what’s happening Tuesday night.

The 10th annual Walk a Mile in Her Shoes event will happen at 5:30 p.m. It steps off at the Ramesses II statue on Central at the University of Memphis.

David Wayne Brown said the first walk he did was the toughest thing he ever did.

“After two blocks, my ankles were hurting,” he said. “After three blocks, I was starting to wobble a little bit."

Brown helped found Memphis Men for Memphis Women more than a decade ago to help recruit men to participate in the walk.

“Good men need to understand that it takes men, as well as women, to put a stop to the violence,” he said. “Good men should be raising young boys to be good men when they’re adults.”

The national walk first came to Memphis in 2010 thanks to Dr. Owen Phillips, a Memphis Area Women’s Council board member.

The walk was first downtown before moving to the University of Memphis in 2017 to get more college students to participate.

“It was more and more clear as we worked on this subject that college-age, through the 20s and 30s, are the extremely high numbers of reported sexual assaults,” Deborah Clubb, Memphis Area Women’s Council Executive Director, said.

Clubb said the walk helps to promote a shift against putting the responsibility on what women should do to stay safe.

“It’s ludicrous and it’s wrong that there has to be such different treatment just to keep the female portion safe,” Clubb said.

Instead, she said it’s about focusing on bringing men in as allies to stop assault and rape of women from happening in the first place.

“It’s not just the walk. It means what it is to walk as a woman every day in this culture and to think about being afraid in that parking lot at the mall or afraid to go into a bar after midnight,” Clubb said. “… Walking a mile in her shoes is a chance to literally show that you care what women go through.”

People can pre-register early or in-person at the walk.

The 10th annual Memphis Walk a Mile in Her Shoes is tomorrow, Tuesday Sept. 28, stepping off at 5:30 pm at the Ramesses...