'We are paying our bills, please keep the power on' some people in the Cooper-Young area plead with MLGW to fix frequent power outages

Neighbors living on Young Avenue say they have experienced nine outages since the start of year and six in the last eight weeks. 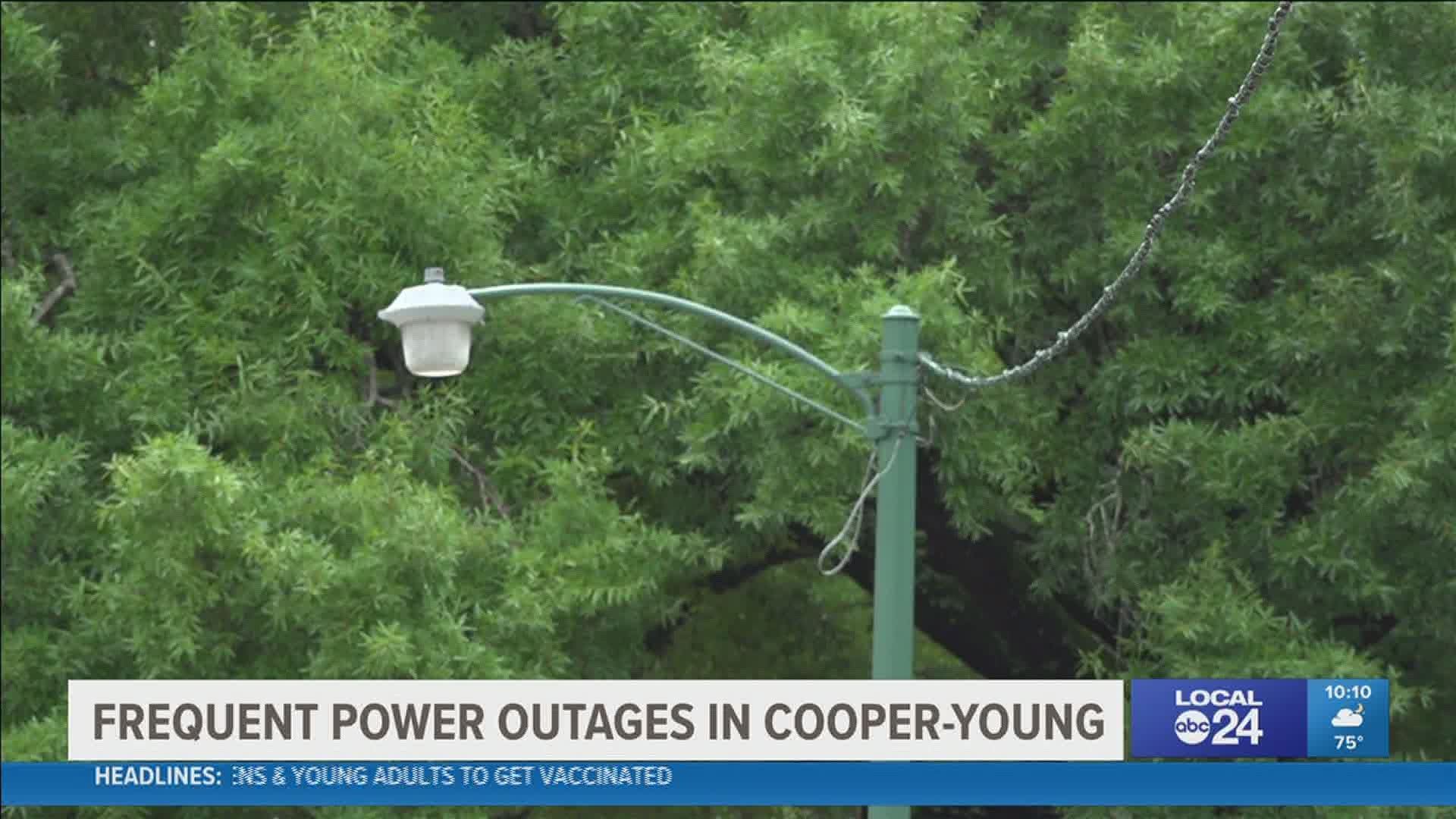 MEMPHIS, Tenn. — For months, people living in the Cooper-Young area have been dealing with frequent power outages.

After reaching out to MLGW several times, Elizabeth Wooten and Robert Johnson said nothing has changed.

"We are paying our bills, please keep the power on," Wooten said.

Johnson tells Local 24 reporter Brittni Clemons, "It's awful, it's frustrating to be in your neighborhood, and all of the sudden all the lights on the street go out."

They are just two of the many neighbors tired of being in the dark.

"You don't know when it's going to happen," Johnson said.

Johnson said he used to take care of his father who relied on power for his oxygen tank.

“It would catch us unaware then he would be without oxygen for a while and he needed oxygen all the time," Johnson said.

She said her child has missed four online classes and her business has lost hundreds of dollars in supplies because of the outages.

"It's exhausting to keep having to uproot because they don't have the bandwidth to tell us it's going to happen," Wooten said. "You know it's happening, so take the time MLGW and do it. That's all we are asking."

They said a portion of their community has had nine outages since January and six in the last eight weeks.

"When you are not informing the customer that you are going to have a power outage every two weeks it put us a risk," she said. "We lose our food supply, our kids are in the dark."

Super District 9 Position 2 City Councilman Ford Canale said failing infrastructure is to blame for the frequent outages, and he is working with MLGW to find a permanent solution.

"We have waited too long to repair," Canale said. "It's going to take a little time so I ask everyone to be patient. That is why passed the rate increase to fix the infrastructure issue."

We've reached out to MLGW about the outages. We asked whether they are planned or accidental. MLGW says they are looking into the issue.

In a statement, Dawn Murphy MLGW's Senior Communications Specialist said, “MLGW is not conducting rolling blackouts{…} This {Young Avenue} circuit is currently being evaluated and we continue to inspect it periodically to mitigate outages.”

Canale said if the outages are planned, he will work with MLGW to come up with an alert system.

For now, Elizabeth and Robert said they just want the outages to stop.

“Please, I am asking the board of MLGW to listen to us in these neighborhoods and do your jobs. Get this stuff fixed," Wooten said.

The public may attend the June 16 #MLGW Board of Commissioners meeting in person or view it online at https://t.co/sGsW838GaJ. #MLGWNews #ServingYouIsWhatWeDo pic.twitter.com/lyt4UqLZVW