'You can't assume they're committing the crime because they're carrying the handgun,' | MPD breaks down your rights under permitless carry law

The MPD wants to stress police officers are not allowed to question you for permitless carrying if you have not done anything wrong. 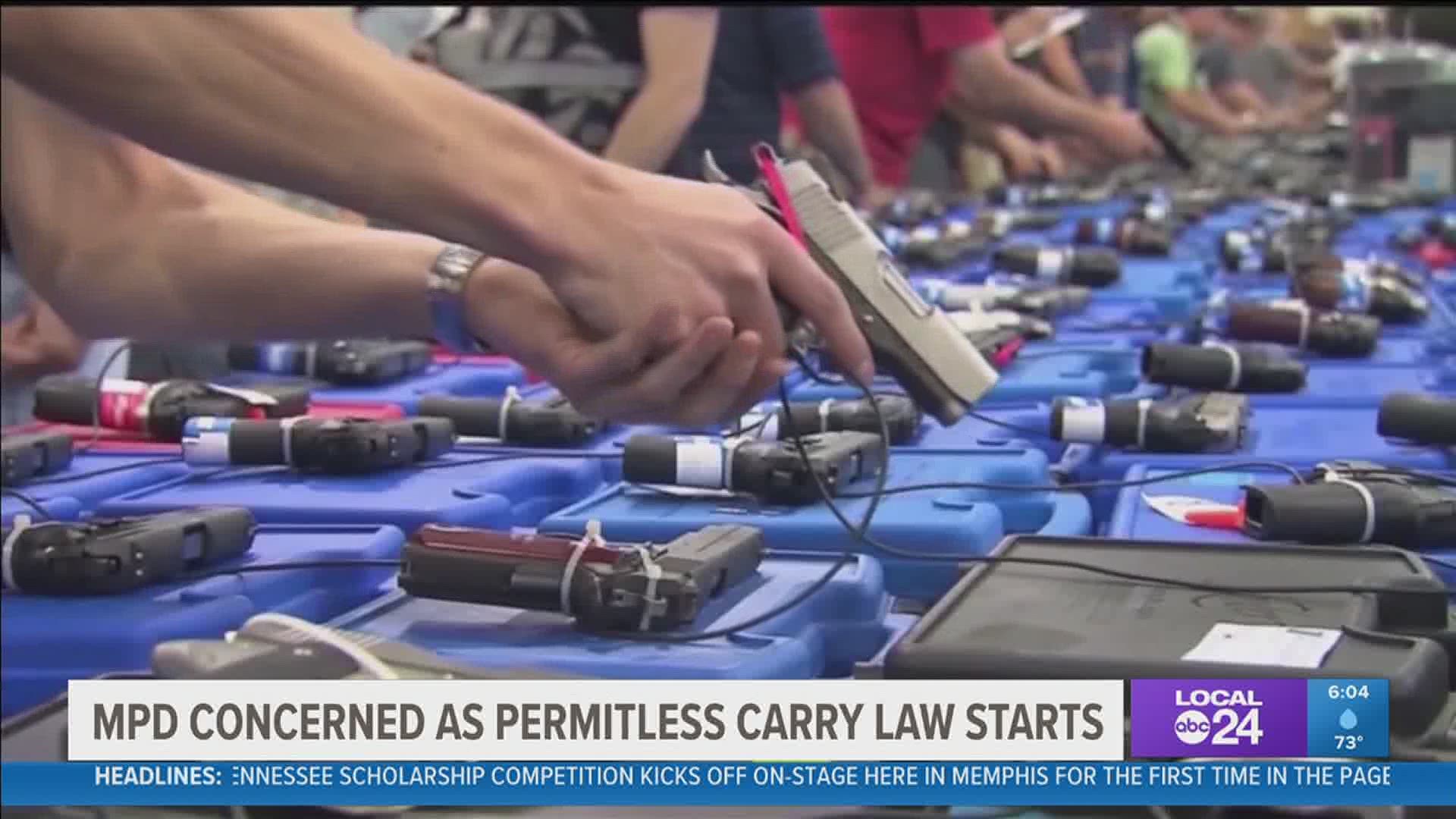 MEMPHIS, Tenn — July 1, 2021 marks the day Tennessee becomes the 19th state to allow people to carry a gun without a permit or training. Memphis police said they are cautiously optimistic about Tennessee's permitless carry law going into effect today. MPD's Assistant Chief Don Crowe breaks down your rights under this law.

"We are worried that some of the people that don't follow obey the law may also try and take advantage and carry with permitless carry," Crowe said.

The permitless carry statute, signed by Governor Bill Lee last month is also known as constitutional carry. It allows non-felons who are at least 21 years old to open or concealed carry a gun without a permit. But Crowe said there are still rules in place.

I signed constitutional carry today because it shouldn’t be hard for law-abiding Tennesseans to exercise their #2A rights. Thank you members of the General Assembly and @NRA for helping get this done. pic.twitter.com/xv2ZenOEZq

"Certainly there's a federal law that prohibits people from carrying handguns and that law is still the law. And if you violate the federal law, you're also violating the state law,“ he said.

According to the new statute, people can be arrested if they are permitless carrying and are:

Crowe said MPD said officers are being trained properly so people are can safely exercise their rights. He said police officers are not allowed to investigate you for permitless carrying if you have not done anything wrong.

You can read the full statute here.