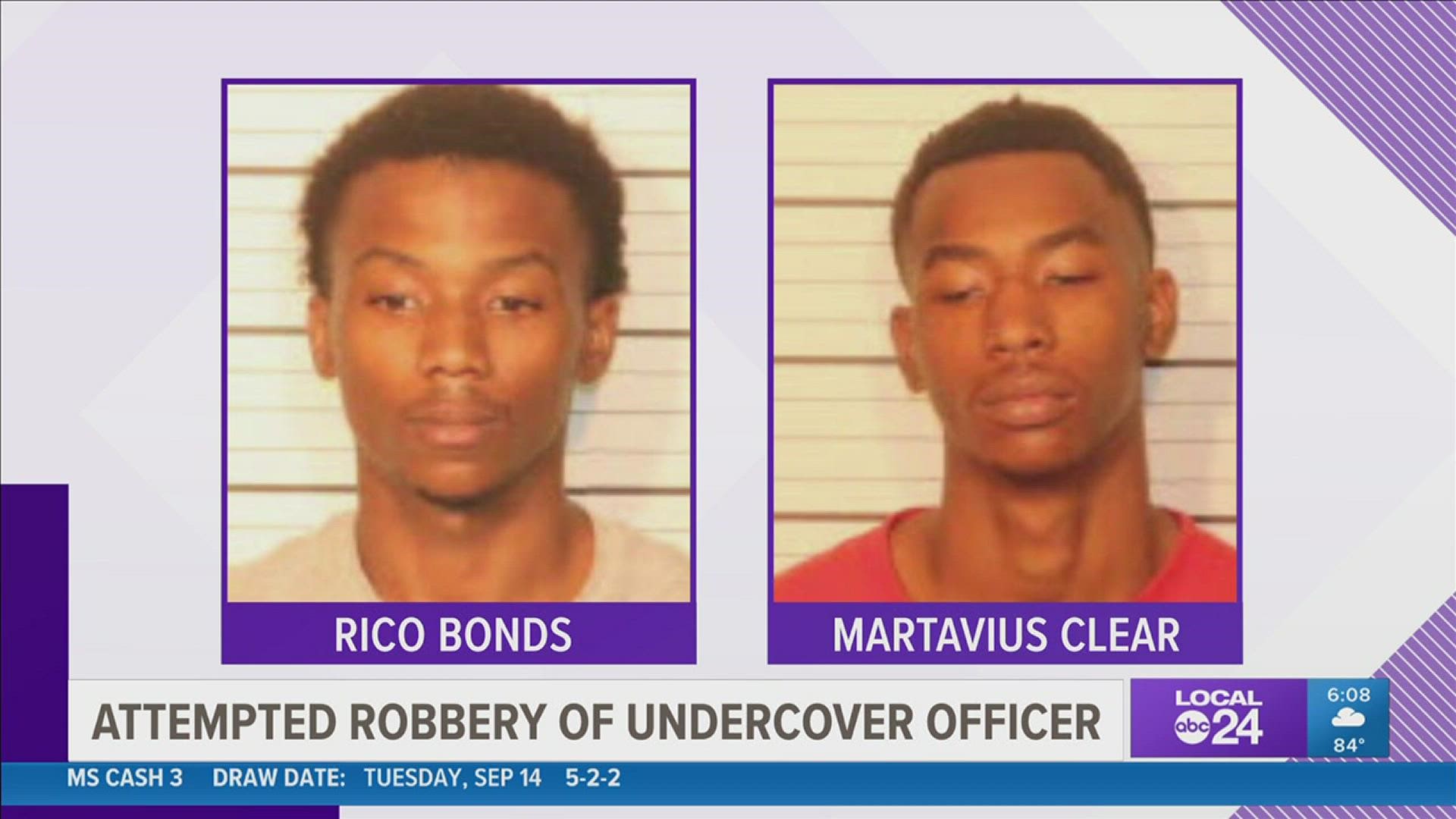 MEMPHIS, Tenn. — Two men are in custody after trying to rob an undercover Memphis police officer Tuesday in East Memphis, before leading police on a chase.

It all started at 1285 Ridgeway Road at Esporta Fitness.

According to a police affidavit, a plain clothes undercover Memphis police officer was trying to find suspects wanted for multiple car break-ins in the area.

The officer saw a black Kia Optima pull into the parking lot with two men inside and park next to his unmarked truck.  The driver of the Kia then opened the door of the officer's truck with a gun in his hand.

When the officer confronted the man, later identified as Rico Bonds, he jumped back into the car and drove away.

While several squad cars tried to stop the car, the suspects ran a red light then hit a work van.  Both men jumped out of the car and ran from the scene.

After a short foot chase, both Rico Bonds, 21, and passenger Martavious Clear, 18, were both caught.

The gun that officers found showed stolen out of Southaven, Miss.

Bonds is charged with attempted aggravated robbery, evading arrest, violation of financial law, leaving the scene of an accident, no driver's license, reckless driving, theft of property and unlawful possession of a weapon.

Clear is charged with attempted aggravated robbery, evading arrest, leaving the scene of an accident, theft of property and unlawful possession of a weapon.