Police did not say if the baby was injured in the pursuit or the subsequent shootout with officers. 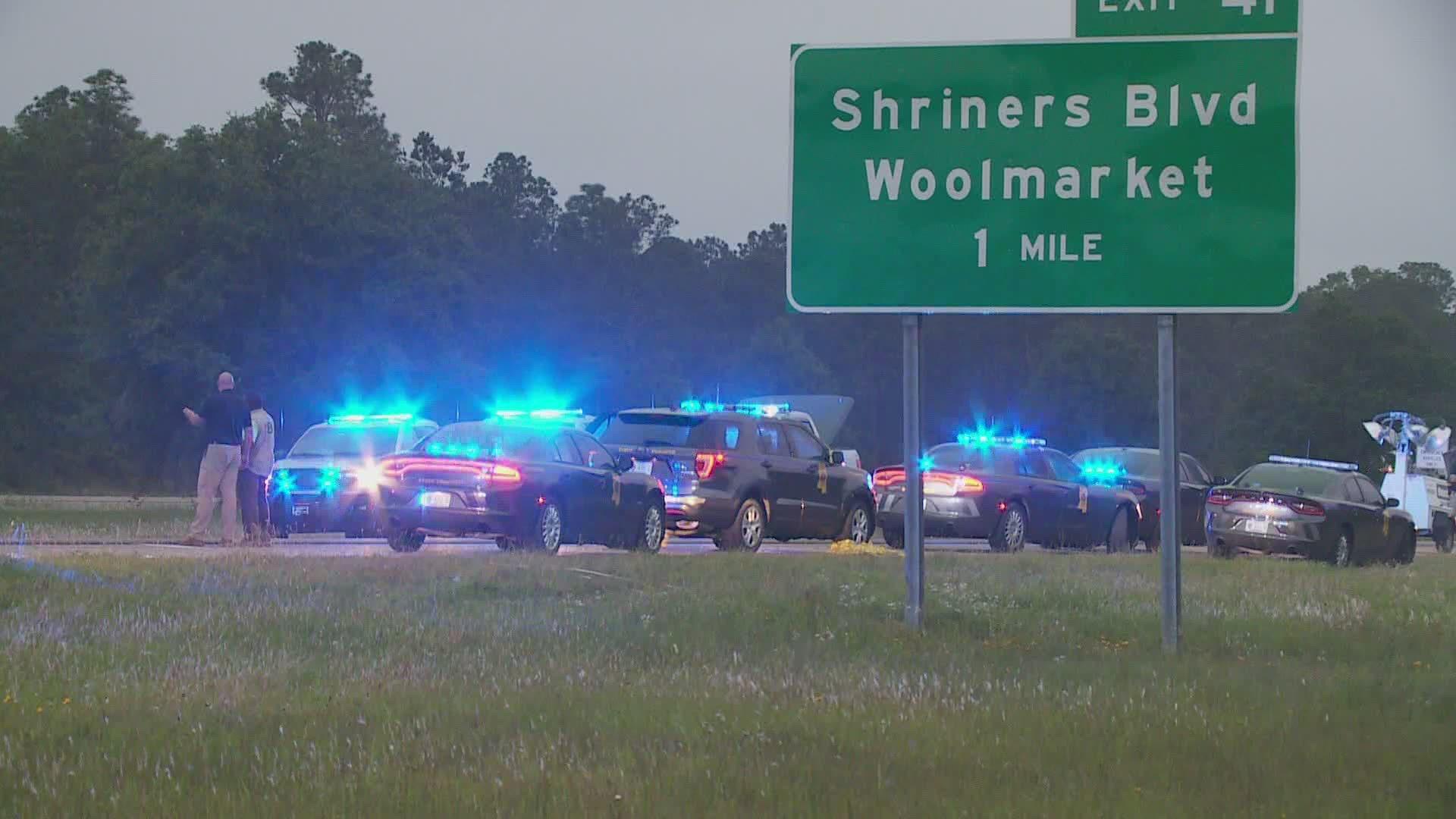 BATON ROUGE, La. — A 4-month-old child died after being injured in a shootout between police and a man suspected of killing two people near Baton Rouge on Monday.

The Biloxi Police Department confirmed Tuesday that the baby died from its injuries at the University of South Alabama's Women & Children's Hospital despite the efforts of medical staff. Police did not say if the infant was injured in the low-speed chase or subsequent shootout between officers and 30-year-old Eric Derrell Smith.

The Advocate reports Smith was wanted by the East Baton Rouge Sheriff’s Office after he allegedly killed his ex-girlfriend, 32-year-old Christin Parker, and her nephew, 26-year-old Brandon Parker, Monday morning. He then reportedly fled with the child.

Shortly before 3 p.m., Biloxi police was notified that Smith’s car was spotted on Interstate 10 near Gulfport, Miss. The police department said Smith drove into the median at mile marker 40 near Biloxi and his car got stuck in the grass.

“As the suspect exited the vehicle, shots were fired,” the police department said. Smith later died at the scene.

“The juvenile did receive injuries and was taken to a local medical facility for treatment,” the department added but did not say specifically how the child was injured.

Harrison County Coroner Brian Switzer said it is too soon to determine the boy's cause of death. An autopsy is scheduled for Wednesday morning.

On Monday, WLOX's Andres Fuentes reported that the Harrison County Sheriff's Office had placed one deputy involved in the chase and another involved in the shooting on administrative leave pending an investigation.

Biloxi police said the shootout remains under investigation and additional details will be released to the district attorney’s office for review.

The Advocate reports deputies believe the first shooting stemmed from a domestic incident.

► Get breaking news from your neighborhood delivered directly to you by downloading the new FREE WWL-TV News app now in the IOS App Store or Google Play.