Final jury selection is scheduled to begin at 9, with the court seating 12 jurors and four alternates from the narrowed-down pool of 65 qualified potential jurors. 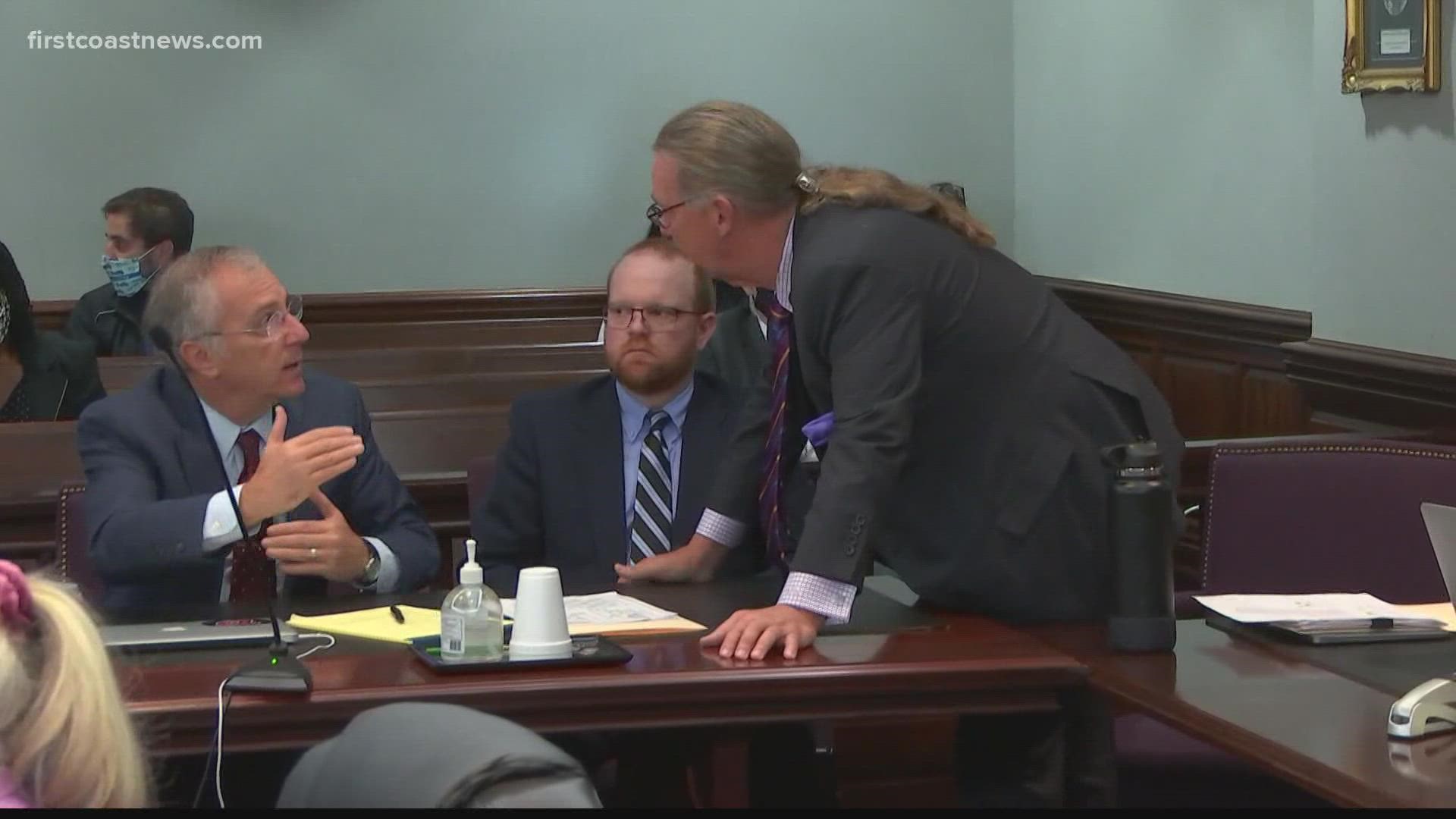 Jury selection for the three men accused of murder in the death of Ahmaud Arbery continues Wednesday, with the "magic number" of 64 qualified potential jurors exceeded on day 11 of selection. The court will now have to narrow those potential jurors to the final 12 jurors and four alternates, which is expected to be completed on day 12, with opening statements possible Thursday.

Arbery was shot and killed on Feb. 23, 2020. Cellphone video leaked to the public shows two armed white men in a truck approaching the 25-year-old Black man as he runs down the road. One of the men, later identified as Travis McMichael, and Arbery struggle over McMichael's shotgun before Arbery is shot and collapses.

Travis McMichael, his father Gregory McMichael and William "Roddy" Bryan, who recorded the video, are all charged with murder in Arbery's death.

Bookmark this page for live updates on the trial as they unfold.

6 p.m.: The judge in the death of Ahmaud Arbery case has announced the court has found intentional discrimination in the juror strike process after 11 out of 12 Black jurors were stricken from the potential juror pool.

He can’t grant the motion.

3:52 p.m.: For the 48 of the first qualified groups of jurors: 12 Black 36 white Defense says: "We have a clear strategy for strikes and race does not come into it."

2:49 p.m.: Judge explains to first group of 24 potential jurors this will take about 20 minutes. We're now in group three. Comes after judge met with attorneys in his chambers. "We are very close to impaneling a jury," Judge Walmsley says. He thanked everyone for their patience.

11:25 a.m.: Lots of talk by witnesses and GBI about how video of the shooting got into the hands of the public and Gough says it's going to be used by other defense counsel in the issue of "conspiracy of Jackie Johnson" (former DA). Asks to exclude any evidence of so-called conspiracy.

Defense attorney Kevin Gough talks about his motion in limine filed this morning. Says he's concerned about charge of conspiracy, potential evidence and how to ensure his client's rights. Brings up jail call (Bryan mentioned in jailhouse call but wasn't on call).

11:07 a.m.: State wants to excuse juror #466 for cause. This potential juror's wife works with Gregory McMichael's wife. State says it'll be on their conscience if the verdict is "guilty." Judge says if there's no new info that would require reconsideration, court won't grant it.

10:15 a.m.: Gough asked if the Judge reviewed the videos. Judge says no – they were not presented to me in court. “It may be a surprise or may not be, but I don’t have a Tiktok account,” says the judge.

10 a.m.: The court has not started final jury selection yet. Going through issues both sides has. To start,  Kevin Gough who represents William 'Roddie' Bryan, asks judge strike a juror he says posted videos on TikTok about Arbery and didn't talk about it in her social media disclosure.

He says he will give a limited opportunity for the Defense to ask Juror 219 to comment on the TikTok videos.

9 a.m.:  Arbery’s father arrives at courthouse with Founder/President Transformative Justice Coalition saying “another day on the battlefield for justice.”

9 a.m.: Final jury selection is scheduled to begin, with the court seating 12 jurors and four alternates from the narrowed-down pool of 65 qualified potential jurors that was reached Tuesday.

6:08 p.m.  A total of 65 jurors have qualified for the final round of jury selection, which is expected to begin Wednesday.

5:38 p.m. The all-important number of 64 potential jurors has been reached. Court now going through those questioned who will qualify to see if there will be more than 64 jurors who qualify.

5:15 p.m. Eight potential jurors questioned Tuesday could qualify to move to next round of questioning.

1:30 p.m.: The judge says most potential jurors when asked say they haven't noticed demonstrators or been influenced, but that they need to figure out why this particular potential juror was talking to the group. He says attorneys should not assume the worst about the interaction and that the court will evaluate things like this on a case-by-case basis. He has talked to the sheriff about the group of demonstrators, and they have not been disruptive, but will keep an eye on the situation to ensure a fair trial.

1:26 p.m.: Defense attorney Robert Rubin says he saw, and shot video, of a potential juror outside the courthouse during the lunch break approached by a member of the Transformative Justice Coalition, then the two hugging. Rubin says he thinks the judge should move the demonstrators to another area where potential jurors are not gathering. Defense attorney Kevin Gough filed a similar motion last week, but the judge struck it down.

11:51 a.m.: Four jurors have been struck so far during individual questioning.

11:02 a.m.: Ahmaud Arbery's father, Marcus Arbery Sr., prays with a local rabbi and supporters before walking into the courthouse for day 11 of jury selection.

9:40 a.m.: Defense attorney Jason Sheffield thanks and congratulates this group of 20 potential jurors for being the first group to show up in full on time.

8:30 a.m.: Jury selection is scheduled to resume. On Monday, six additional potential jurors qualified, with four more needed to get to 64 in order to start final jury selection. Attorneys and the judge think they will reach 64 Tuesday, then strike Wednesday and finish up jury selection. Opening statements could be heard by Thursday. The defense Monday said they are concerned only 60% of those who received a summons are actually showing up, which they say could mean the potential pool may not reflect the accused.

RELATED: 65 potential jurors have been picked for final selection in death of Ahmaud Arbery trial