Arkansas parolee convicted of transporting 10 pounds of meth, along with guns & ammo, on a Megabus from Texas to Memphis

(SHELBY COUNTY D.A. NEWS RELEASE) – An Arkansas parolee riding a bus from Texas to Memphis has been convicted of possessing 10 pounds of methamphetamine, ... 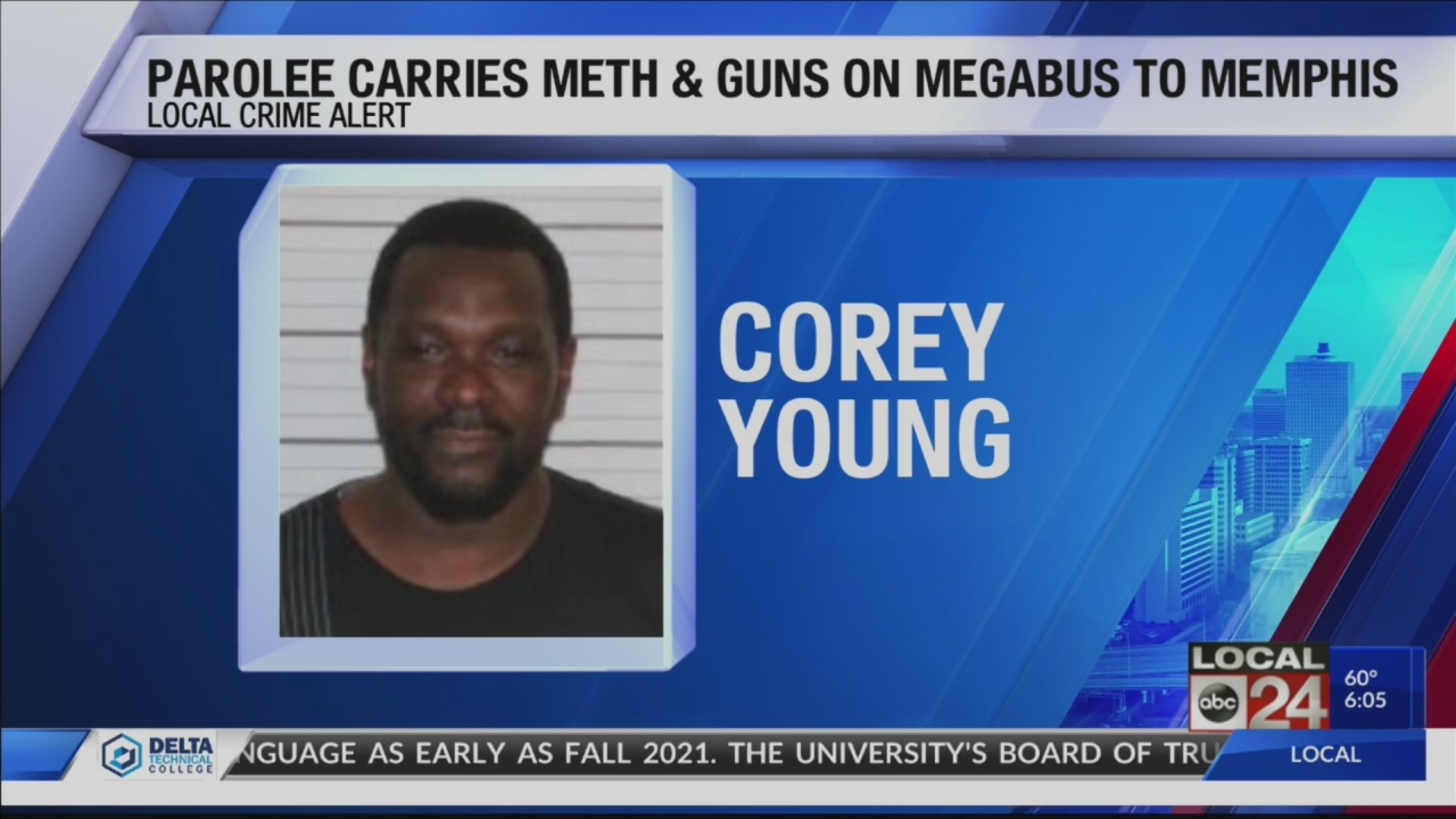 A Criminal Court jury on Wednesday convicted Jonesboro residentCorey Young, 42, on two felony counts each of unlawful possession of acontrolled substance (methamphetamine) with intent to manufacture, deliver orsell, and possession of a firearm in the commission of a dangerous felony.

Young earlier pled guilty to two felony counts of being aconvicted felon in possession of a handgun. He has seven prior felonyconvictions and is on parole for a drug conviction in Texas. He also has apending drug case in Arkansas.

Young is being held without bond and faces 18 to 49 years inprison when he is sentenced on Jan. 17 by Judge W. Mark Ward.

On Jan. 14 last year, detectives from the Memphis PoliceDepartment Organized Crime Unit prepared to conduct a safety check for illegalweapons and narcotics on a Megabus from Dallas as it arrived at the MATA BusStation in the 3900 block of American Way.

As officers were about to board the bus, Young ran from his seatat the rear of the bus to the upper deck, leaving behind a black Polo carry-onbag which contained four freezer bags of methamphetamine and two handguns, oneof which was stolen.

When officers inquired who owned the bag, several passengersindicated it belonged to the passenger, later identified as Young, wearing ared coat with gold glitter who had just run upstairs.

While detectives were questioning Young, the driver of a red DodgeChallenger that he said was there to pick him up drove off without him. Youngwas released after he denied owning the bag, but he was later arrested afterfurther investigation showed that he boarded the bus with the bag in GrandPrairie, Texas.