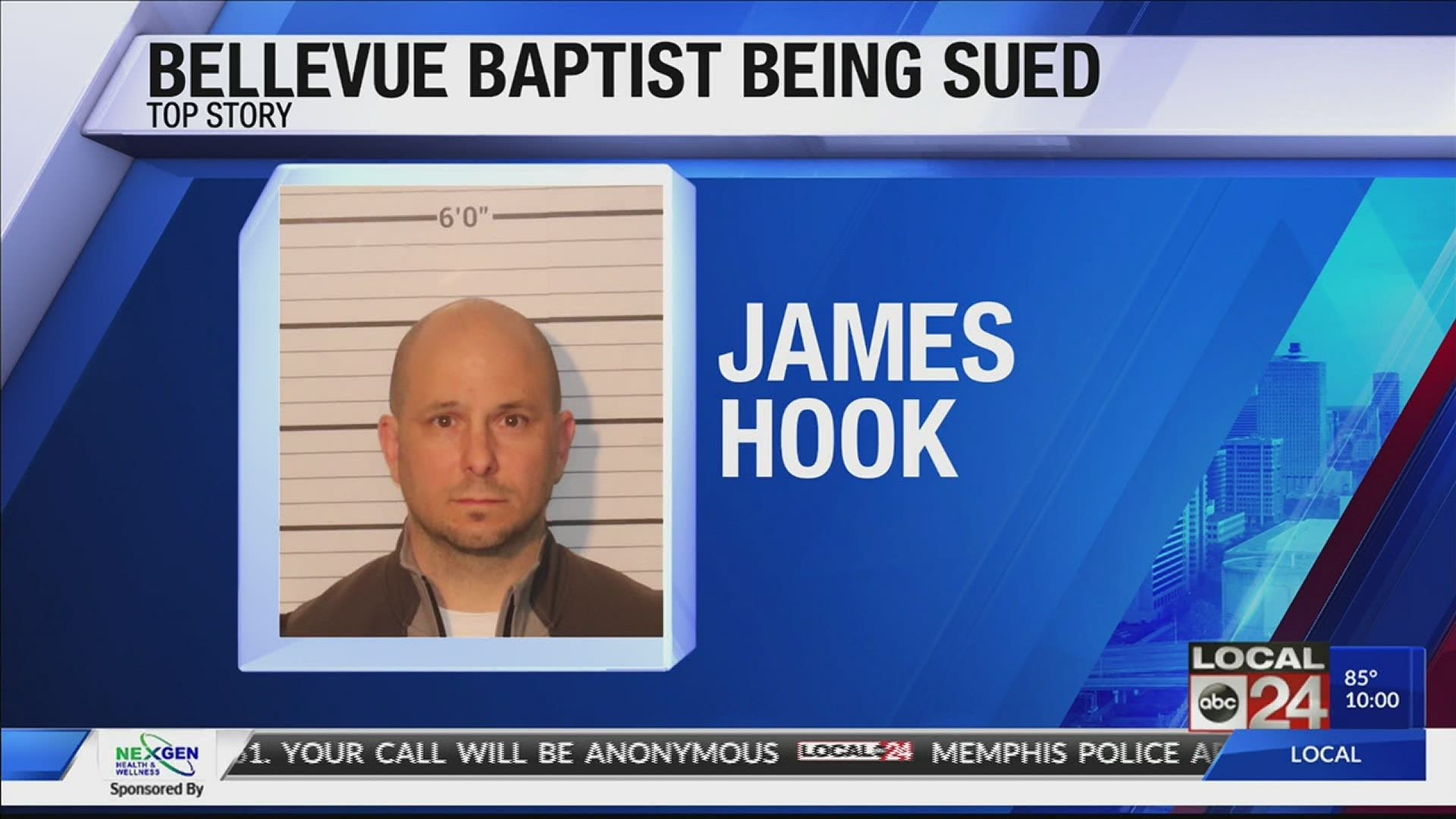 MEMPHIS, Tenn — The 16-year-old victim's attorney, Gary K. Smith, said the church did nothing to stop its former employee, James Hook, from abusing the girl in 2019.  He said the lawsuit is to hold Bellevue Baptist Church accountable for not protecting the teenage girl.

Smith said the organization was negligent in this case because it was warned of Hook and told not to let him near children and especially the victim, referred to as "Janet Doe." Doe was also a volunteer at the church and frequently worked with Hook.

"In this particular case the predator was allowed access in the children’s classes as a paid volunteer after the church had been warned of him," Smith said.

According to the affidavit from 2019, Hook said in a statement he "knew what they were doing was wrong, but he didn't care." He pleaded guilty to sexual battery by an authority figure. The victim first met Hook when he was having an affair with her mother.

"The affair occurred before the divorce and ultimately Doe’s mother terminated the affair and it was after that the perpetrator started grooming her daughter," Smith said.

Smith said church officials saw the two around each other and didn't do anything to stop it, even though they were warned he shouldn't be near her.

"He was allowed to leave in full view of officials in the church with her to take her out of the church," Smith said.

Bellevue Baptist Church is facing a lawsuit after a 16-year-old girl was found sexually abused by a former employee in 2019.

The attorney for the victim says the church needs to be held accountable and “prevent sexual exploitation.” @LocalMemphis pic.twitter.com/ixOuULxmMm

He said the abuse happened at various locations on the church's campus. Both the victim and Hook denied having intercourse. Smith said there were many "red flags" with the perpetrator and the church should be held accountable for its failures.

"Try to assure this particular church improves their attentiveness to watching for and trying to prevent sexual exploitation," Smith said.

Bellevue Baptist Church said in a statement it is committed to supporting victims of abuse and taking all allegations seriously.

RELATED: After lobbying, Catholic Church won $1.4B in coronavirus aid