A mother, her son and her 6 daughters, were indicted on counts of murder in the perpetration of aggravated child abuse and neglect in the death of a 14-year-old boy. 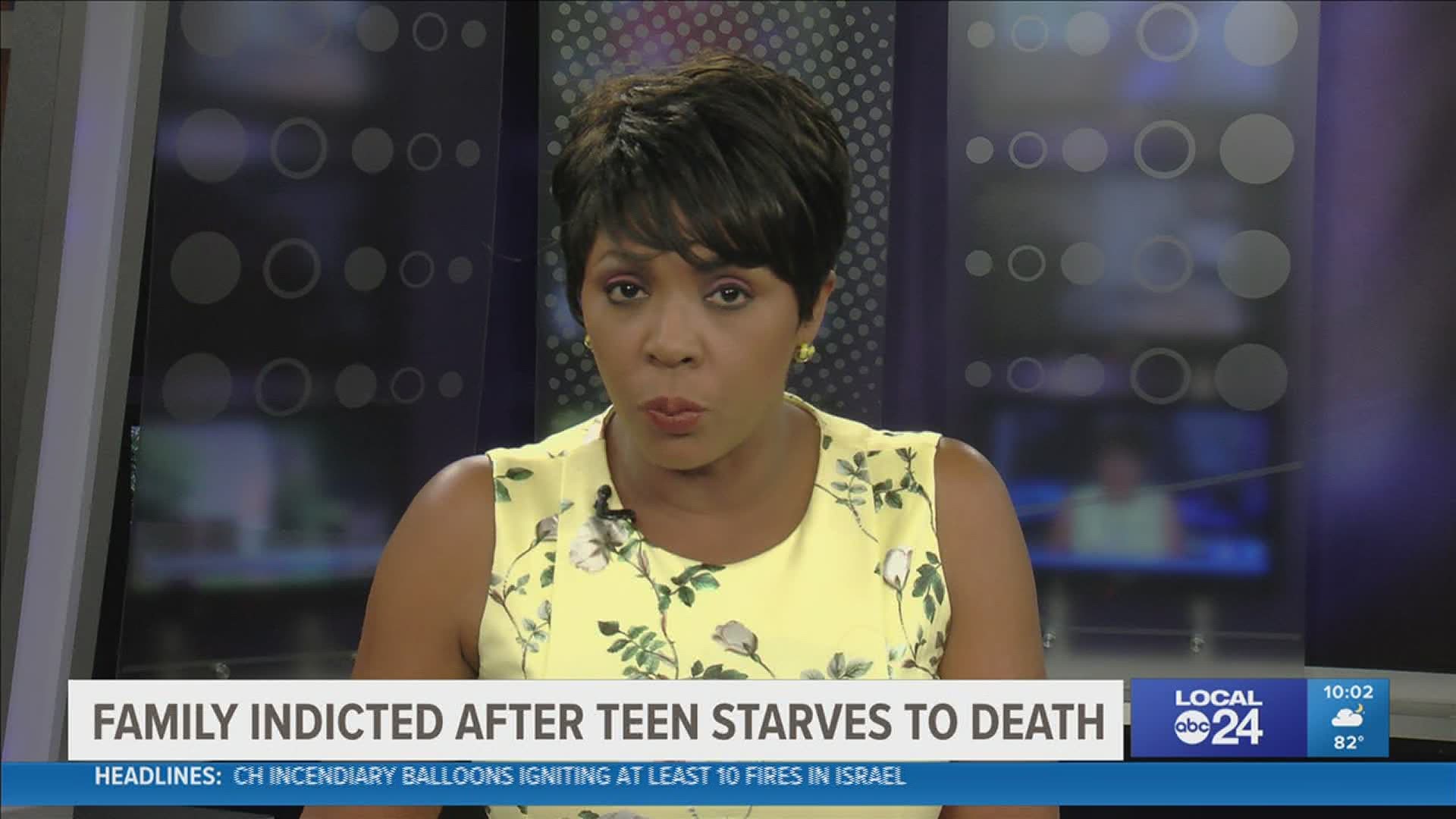 BARTLETT, Tenn. — UPDATE 6/23/2021 - A court hearing Wednesday for the adults charged in the death of 14-year-old Brandon Gray was postponed until June 30th.

The adults, including a mother, her son and her six daughters, were indicted on counts of murder in the perpetration of aggravated child abuse and neglect in the death of a 14-year-old boy.

After her indictment last week, prosecutors learned that the mother, 60-year-old Yvette Charleston, passed away on May 13, prompting the dismissal of her charges. The others are being held on $250,000 bond each. Additional felony counts of aggravated child abuse and neglect also were returned in the case of a 12-year-old girl in the home who was malnourished and had patterned bruising on her body.

On the morning of Jan. 7, 2020, Bartlett Police were called to a residence in the 3500 block of Skylight Drive where they found the victim, Brandon Gray, unresponsive on the floor in the living room where he was pronounced dead. An autopsy showed the boy weighed just 60 pounds and died of starvation. Investigators said his younger sister was taken to a hospital where doctors said she was suffering from moderate malnutrition and had bruises and scars on her body.

The case is being handled by Chief Prosecutor Eric Christensen and Asst. Dist. Atty. Alyssa Hennig of the District Attorney’s Special Victims Unit which prosecutes cases of rape, aggravated rape, child sexual abuse, severe physical abuse of child victims, elder abuse and abuse of vulnerable adults. The SVU was created as an expansion of the multi-agency Child Protection Investigative Team or CPIT.