'I got my baby back': Dog reunited with owner on Christmas Eve after it was briefly stolen

Copper and his owners reconnected Thursday afternoon after Spokane Police got a tip. 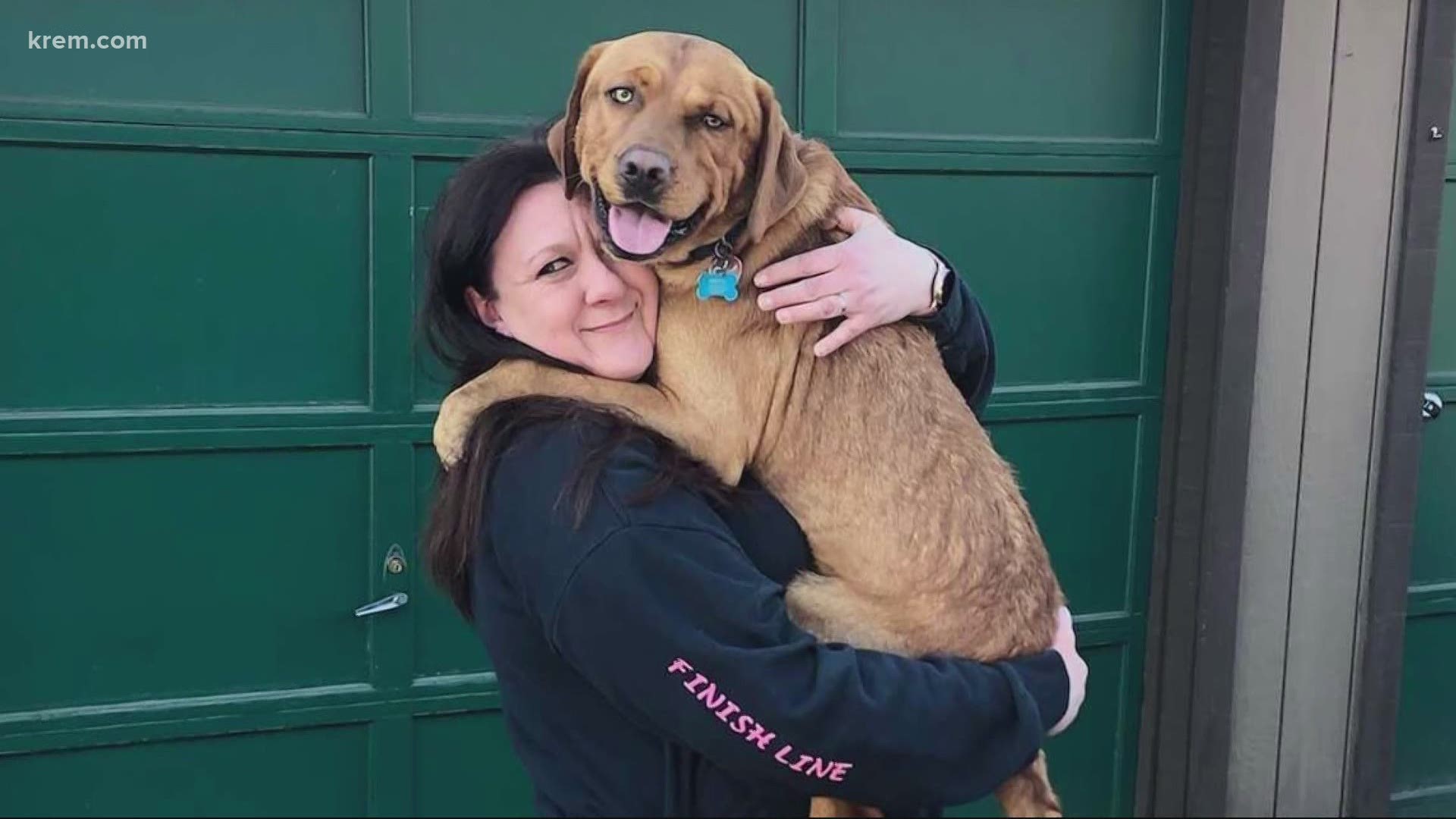 SPOKANE, Wash. — Copper, a dog who was stolen briefly on Dec. 23, was reunited with his family after he was found by Spokane police on Christmas Eve.

Kristin Clark was unloading Christmas presents from her car on Wednesday when it was stolen, according to Spokane police officer John O'Brien. Her beloved dog Copper was inside.

"My heart just dropped," she said about looking outside and not seeing her car. "Because a car is replaceable, money is replaceable but Copper is not."

At around 12:43 p.m. on Thursday a citizen called Spokane police to report a dog and a BMW had been left in a parking lot near 200 E Lincoln Rd. since 7:30 that morning, O'Brien said. Officers were able to confirm it was Copper and the BMW that was taken from Clark Wednesday afternoon.

The call came in 22 minutes after Spokane police sent out the initial call for help.

Copper was found with the stolen car on E. Lincoln Road, according to KREM 2's Morgan Trau who was interviewing the woman when she got the call that her dog had been found.

"You found my dog and my car?" she said in disbelief. "Oh my gosh."

Kristin Clark is reunited with her dog after someone stole him and her car Wednesday afternoon.

Police called to tell her they found Copper while @KREM2 was interviewing her.

See her reaction and their happy reunion on KREM 2 News at 5 p.m. pic.twitter.com/x9ujNGx6ye

"He's my baby and he was kidnapped," she said. "Yeah, that was probably the best phone call I could have ever gotten, I got my baby back."

"He was in the car all night in the cold - freezing cold with no water, no nothing," she said. "But they cracked the window, I appreciate that."

She thinks the man who stole her car did not realize Copper was there, panicked and ran. That's why he dumped the car so close.

"Christmas is totally back," Clark added after declaring it canceled one hour before. "Yeah, and this made it even better and an even more special one."

Credit: KREM
Copper was reunited with is family on Christmas Eve after he was briefly stolen Wednesday evening.