In one case, investigators said the Mayor received a threatening voicemail. Then Monday, a shot was fired through the window of the mayor's office at city hall. 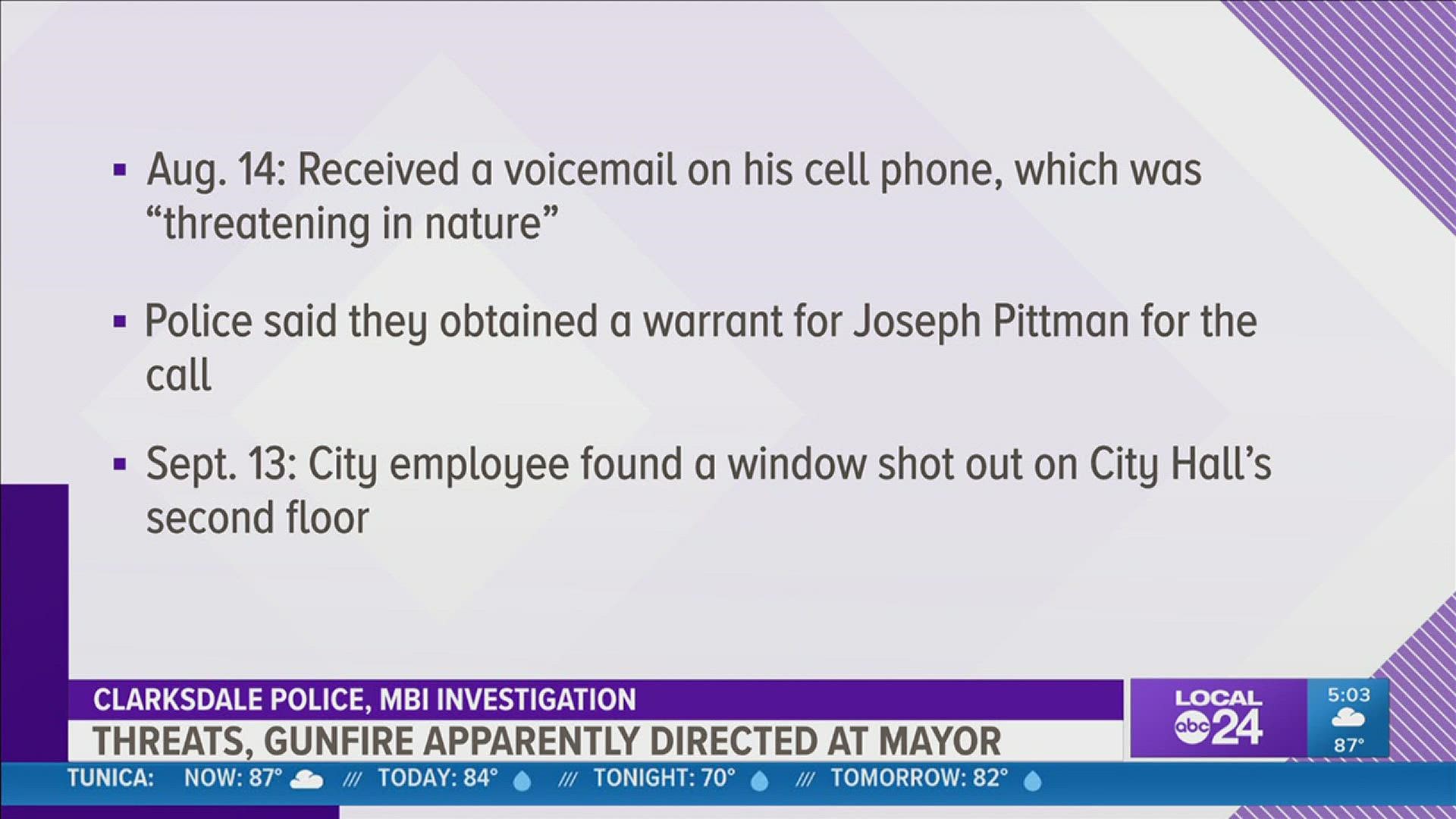 CLARKSDALE, Miss — Clarksdale, Mississippi, Police are investigating after apparent threats were directed at Mayor Chuck Espy and others.

Investigators said August 14, 2021, the mayor received a voicemail on his cell phone, which was “threatening in nature” and directed at Espy “in his official capacity” and three others. Police said they obtained a warrant for Joseph Pittman for the call and are currently looking for him.

On September 13, 2021, police said a city employee found a window on City Hall’s second floor in the Mayor’s Office had been shot into from outside the building. The Mississippi Bureau of Investigation was called in to investigate. Police said the shooting happened sometime over the weekend between 5:00 p.m. September 10th to 8:00 a.m. September 13th.

Investigators said a reward would be offered for information leading to the arrest and prosecution for the person behind the shot. Anyone with information is asked to call the City of Clarksdale info line at 662-645-INFO, Crime Stoppers at 800-222-8477, or Clarksdale Police at 662-621-8151.