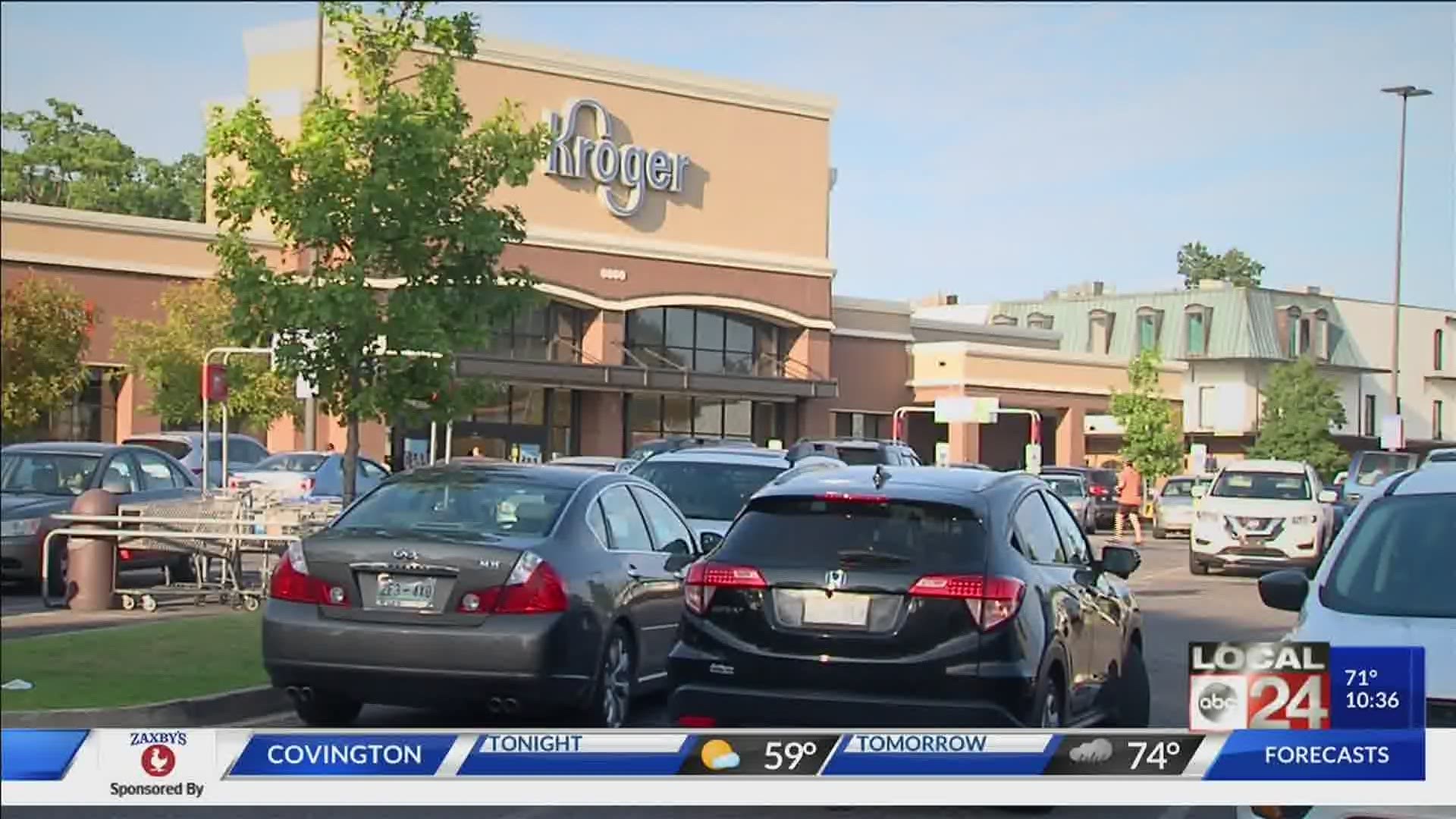 MEMPHIS, Tenn. — It’s not what any Kroger customer would expect, bullets flying in the middle of the afternoon in front of one the busiest grocery stores in town.

Memphis police confirm one person was shot during an attempted carjacking at the Kroger Fuel Center at Kirby Parkway and Poplar Avenue.

Another individual who was injured is expected to recover.

“I come to this Kroger a whole lot and this is not like the type of area where you would see something like that," said Dwayne Johnson, who lives nearby. "So I was like pretty shocked.”

According to police three to four male suspects, who were reportedly armed, attempted to carjack the driver of a white Mercedes-Benz G-Class SUV. The owner of the car shot two of the suspects, according to authorities.

One woman who didn’t want to go on camera said she heard 6 gunshots while she was nearby. She also saw a young man lying motionless on the ground.

Johnson said he's always vigilant about the possibility of violence no matter what part of town he's in.

“I stay aware because I know Memphis so it doesn’t surprise me that this can happen anywhere," said Johnson. "You’ve just got to always be aware of your surroundings and watch yourself.”

Police say the owner of the car has been detained as they sort out what happened.

Kroger released the following statement in regards to the shooting:

"We are saddened by today’s incident," said Teresa Dickerson with Kroger Corporate Affairs. "We’re grateful to our store associates and customers who quickly notified local authorities, and we are providing any support needed for the investigation.”

Officers are on the scene of a shooting at 6660 Poplar Avenue. Two individuals have been shot. One of the individuals was pronounced deceased at the hospital. The second individual is in non-critical condition. One person has been detained pending further investigation.