Anyone with information is asked to contact the FBI Memphis Field Division Office at 901-747-4300. 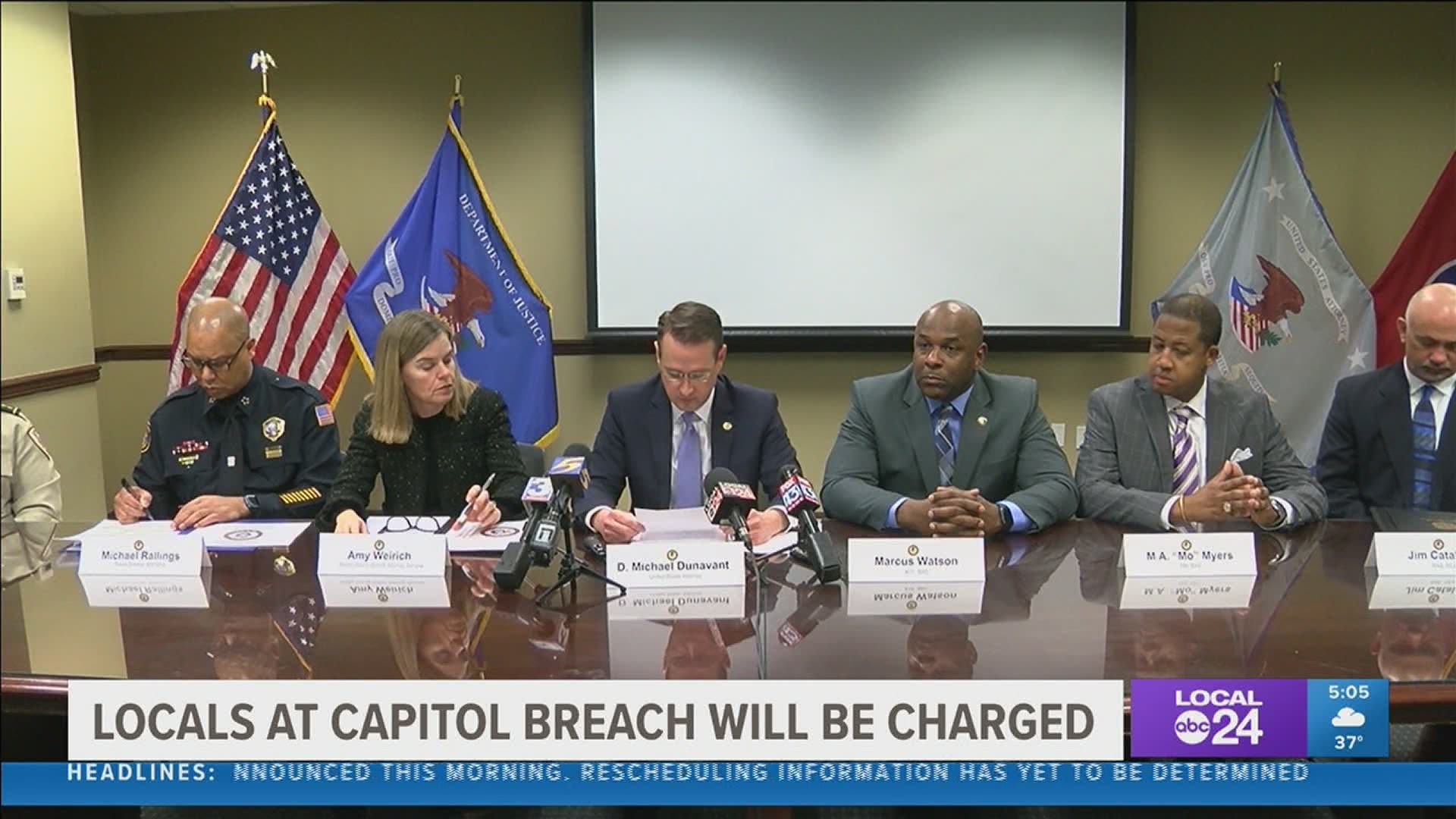 MEMPHIS, Tenn. — United States Attorney D. Michael Dunavant announced today that his office, in coordination with the Memphis Field Division Office of the FBI, will investigate and charge any potential violations of federal law at the United States Capitol Building on Jan. 6, 2021 committed by individuals from the Western District of Tennessee.

“The Department of Justice is committed to ensuring that those responsible for this attack on our Government and the rule of law face the full consequences of their actions under the law. We are working closely with our partners at the FBI, who are actively investigating to gather evidence, identify perpetrators, and charge federal crimes where warranted,” Dunavant said. “Any person who traveled from West Tennessee to commit federal crimes in Washington, D.C., as well as anyone who conspired with them or aided or abetted such lawlessness will be aggressively prosecuted by this office.”

Individuals in the Western District of Tennessee with any information related to the identity of those involved in the commission of federal crimes at the Capitol are asked to contact the FBI Memphis Field Division Office at 901-747-4300. Additionally, tips may be submitted to the FBI at 1-800-CALL-FBI (225-5324) or at fbi.gov/USCapitol.

Dunavant noted federal statutes that may be applicable, including:

FBI Seeking Information Related to Violent Activity at the U.S Capitol Building
The FBI is seeking information that will assist in identifying individuals who are actively instigating violence in Washington, DC. The FBI is accepting tips and digital media depicting rioting and violence in the U.S. Capitol Building and surrounding area in Washington, DC, on January 6, 2021.