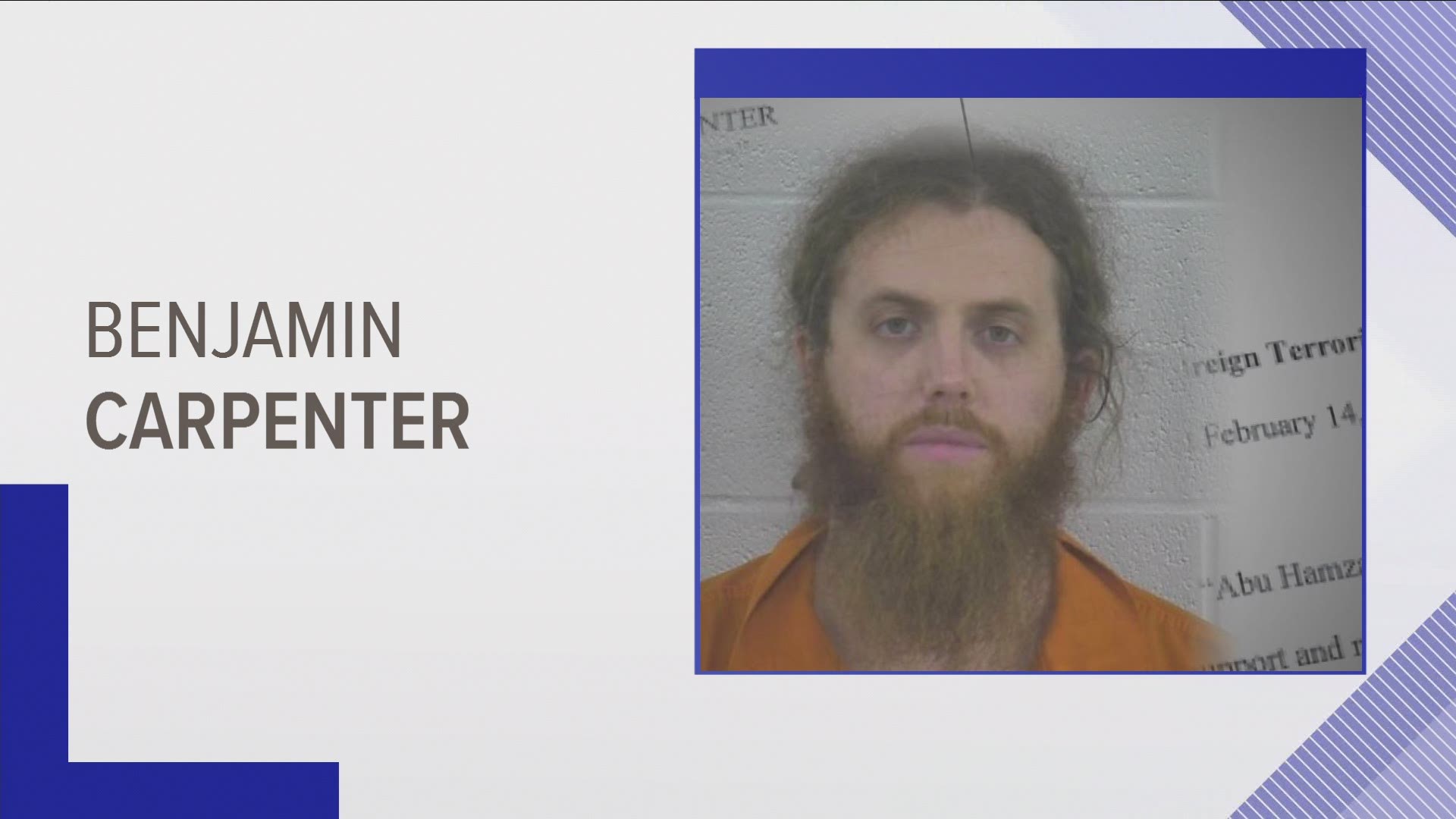 The judge said prosecutors presented evidence he translated an ISIS execution video and was in contact with a known ISIS recruiter.

Benjamin Carpenter, 31, faces charges for attempting to provide material support and resources to the Islamic State of Iraq and al-Sham (ISIS).

In her ruling, Judge Debra Poplin said prosecutors convinced her Carpenter is a clear danger to the community and should remain in jail.

"Defendant presents a grave danger to both the local and international communities due to his association and ability to communicate with pro-ISIS individuals throughout the world," Poplin wrote.

Carpenter's mother had assured the court she would make sure he followed release rules and showed up for future appearances, Poplin's ruling said. Carpenter, also known as Abu Hamza, said he was on the no-fly list and the FBI had seized his passport, according to the ruling.

Prosecutors previously argued Carpenter was the leader of Ahlut-Tawhid Publications, an international organization dedicated to the translation and publication of pro-ISIS and official ISIS media in English.

The judge's ruling said Carpenter's mother testified he worked no more than 10 hours a week.

He is currently in custody in a Kentucky jail after his late March arrest in Knoxville.

A Knoxville man is heading to trial after being indicted and arrested for attempting to provide material support and resources to the Islamic State of Iraq and al-Sham (ISIS), according to the Department of Justice.

The DOJ release said Benjamin Alan Carpenter, also known as “Abu Hamza,” 31, was arrested on March 24 in Knoxville following the return of a federal grand jury indictment charging him with attempting to provide material support and resources to a designated foreign terrorist organization.

Carpenter is a United States citizen and the leader of Ahlut-Tawhid Publications, an international organization dedicated to the translation and publication of pro-ISIS and official ISIS media in English, according to the DOJ.

The arrest came after Carpenter provided translations of ISIS media content to a covert FBI agent who was posing as an associate of ISIS.

If convicted, he could face up to 20 years in prison, according to the DOJ.

His trial is set for June 1 before United States District Judge Katherine A. Crytzer

The indictment and arrest were announced by John C. Demers, Assistant Attorney General for National Security at the U.S. Department of Justice, Francis M. Hamilton III, Acting United States Attorney for the Eastern District of Tennessee; and Joseph E. Carrico, Special Agent-in-Charge of the Knoxville office of the Federal Bureau of Investigation.

The case was investigated by the Knoxville Joint Terrorism Task Force, which is comprised of federal, state, and local law enforcement agencies, including the Tennessee Bureau of Investigation, Tennessee Highway Patrol, Clinton Police Department, and Knoxville Police Department.