"It’s possible that my son could have somehow got a gun taken it to school. It could have been the other way around, so how would I want my son treated?” 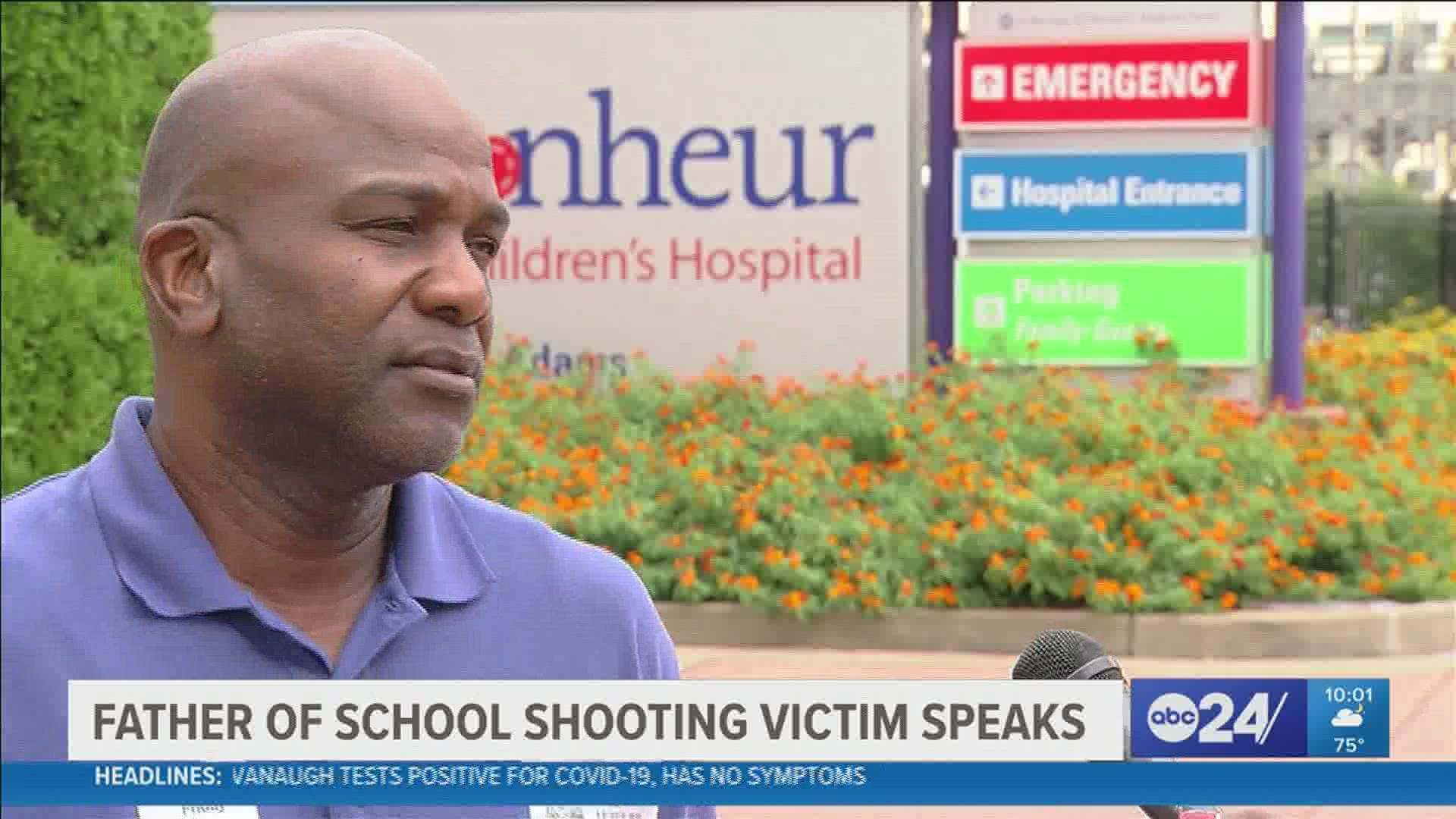 MEMPHIS, Tenn. — Emory Hammonds is calling his son’s recovery nothing short of a miracle.

He also added there are two victims involved in Thursday’s shooting at school, his son and the suspect.

There were fearful moments for students inside Cummings K-8 Optional School after a shooting took place inside on Thursday.

Also, there were heart-pumping moments for parents as they waited to reunite with their little ones.

Hammonds got the call everyone else that day was dreading, one saying his 13-year-old son was injured.

“I got a call from the principal and she said my son’s been shot,” he said. “I’m like what?”

Hammonds was relieved to hear his son’s voice in the background of the phone call and rushed to him in about three minutes' time.

“When I got there he was shot a little bit below the chest," he said. "(I) was like wow. He was relaxed. Thank God for that, it could have been fatal.”

One surgeon told Hammonds his son is extremely lucky.

“The other doctor said (saying) he’s lucky in an understatement,” said the father. “He needs to go play the lottery. I said well he’s blessed, because it went through the kidney, the liver without doing damage.”

A police report said the suspect and the student victim met in a back hallway to fight.

The affidavit also said surveillance video showed the suspect hiding in a stairwell waiting for the victim before shooting him.

“I didn’t know there were fighting words going forth for the last two, three weeks,” shared Hammonds. “So it’s possible that my son could have somehow got a gun, taken it to school. It could have been the other way around, so how would I want my son treated?”

Hammonds said he doesn’t believe bullying was involved and sees the situation as a reminder to draw close to our kids.

“The shooter is also a victim because, like I said, I want to do a better job. I don’t want to fail my son and I don’t want the system to fail this 12,13-year-old.”

“It’s possible that my son could’ve somehow got a gun, take him to school. It could’ve been the other way around.”

The father of the 13-year-old who was shot by a fellow student at Cummings K-8 Optional School shares his perceptive. Tune in tonight at 10 on @ABC24Memphis pic.twitter.com/bXyrbD6R9x

That teen suspect is charged with attempted first-degree murder, and Hammonds believes the charge is too harsh for a child.

He added he never expected the next shooting in school to disrupt his son’s life.

“You always think it’s somebody else, always another school. You don’t really think about that. To me it’s a reminder we are all potentially one phone call away from news that will turn our world upside down.”