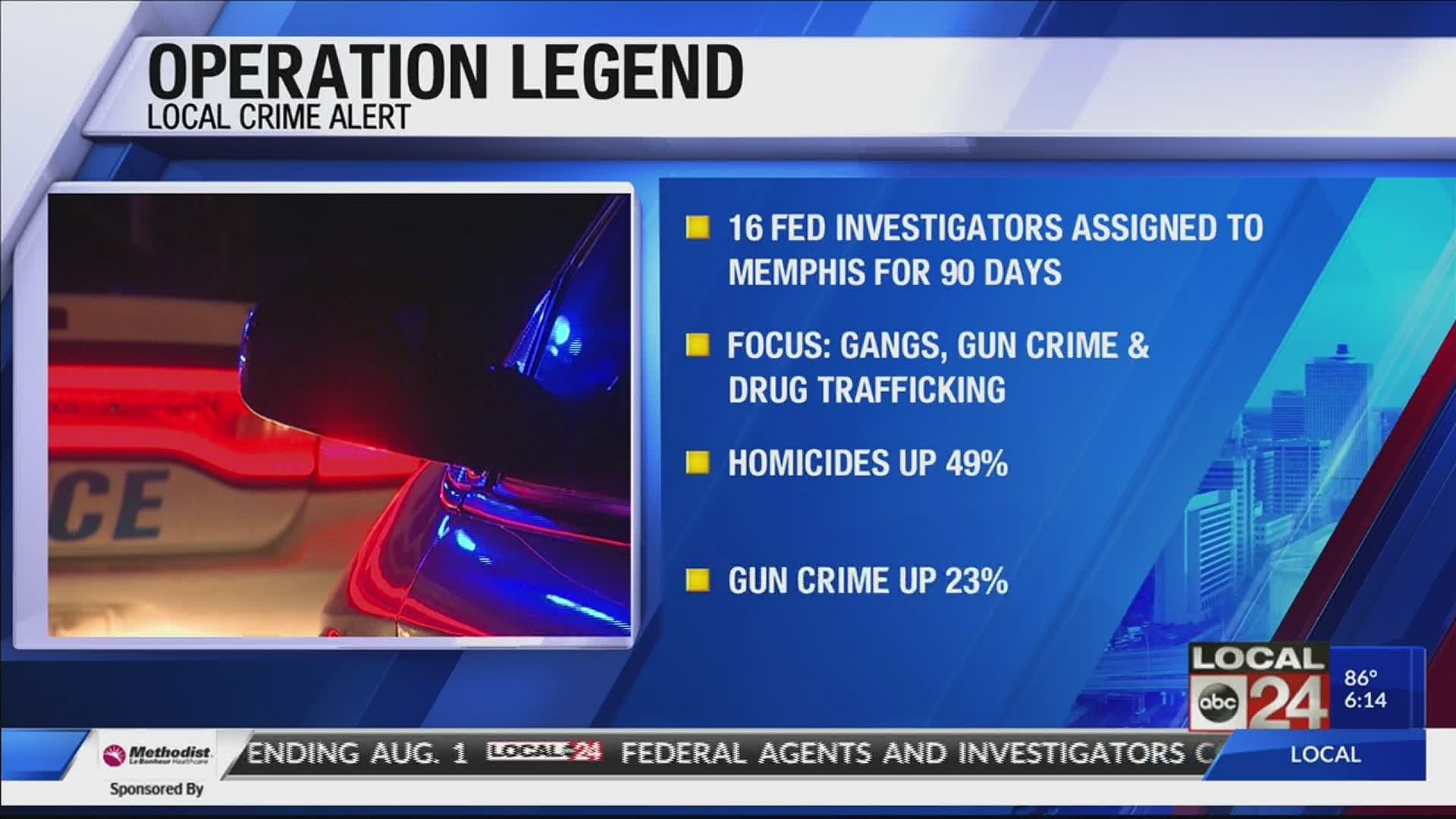 MEMPHIS, Tennessee — NEWS RELEASE FROM THE DEPARTMENT OF JUSTICE

The Operation was first launched on July 8 in Kansas City, MO., and expanded on July 22, 2020, to Chicago and Albuquerque, and to Cleveland, Detroit, and Milwaukee on July 29, 2020.

Operation Legend is named in honor of four-year-old LeGend Taliferro, who was shot and killed while he slept early in the morning of June 29 in Kansas City.

“The most basic responsibility of government is to protect the safety of our citizens,” said Attorney General William P. Barr. “Today, we have extended Operation Legend to Memphis and St. Louis, two cities experiencing increases in violent crime that no resident of those cities should have to accept as part of everyday life. For decades, the Department of Justice has achieved significant success when utilizing our anti-violent crime task forces and federal law enforcement agents to enforce federal law and assist American cities that are experiencing upticks in violent crime. The Department of Justice’s assets will supplement local law enforcement efforts, as we work together to take the shooters and chronic violent criminals off of our streets.”

Memphis is currently experiencing a significant increase in violent crime, with homicides currently up more than 49 percent, reported gun crime up 23 percent, and aggravated assault shootings up over 19 percent over 2019. Similarly, homicides are up in St. Louis nearly 34 percent and non-fatal shootings are up over 13 percent.

In Memphis, the Department of Justice will supplement state and local law enforcement agencies by sending 16 federal investigators to the city on temporary assignment for 90 days, followed by 24 permanent agent assignments from the FBI, DEA, ATF, and Homeland Security Investigations. Under the leadership of Michael Dunavant, U.S. Attorney for the Western District of Tennessee, these investigators will complement the work already underway by existing joint federal, state and local task forces focused on combatting violent gangs, gun crime, and drug trafficking organizations.

The Bureau of Justice Assistance will make available $200,000 to support Operation Legend’s violent crime reduction efforts in Memphis in addition to the prior BJA grant funding award of $1.4 million to Shelby County to provide manpower, technology, equipment, and support for the sustained efforts Legend Task Force, including overtime funding for the Multi-Agency Gang Unit (MGU) and partner agency officers; a prosecutor for the Shelby County District Attorney General’s Office to handle operation arrests vertically through the state criminal justice system to ensure that arrests are followed by strategic prosecution; vehicles for MGU operations; and technological solutions to enhance investigation and prosecution of violent offenders.

The COPS Office has also made approximately $9.8 million available to the Memphis Police Department to fund the hiring of 50 officers.

In St. Louis, under the leadership of Jeffrey Jensen, U.S. Attorney for the Eastern District of Missouri, federal agents from ATF, DEA, FBI, and USMS, along with approximately 50 additional agents from Department of Homeland Security, will work cooperatively with the St. Louis Police Department to combat gun and gang violence, as well as assist the U.S. Marshals Service in violent fugitive apprehension efforts.