Other students who learned about the "Columbine-style" shooting plan declined to join, the sheriff's office said in its arrest report. 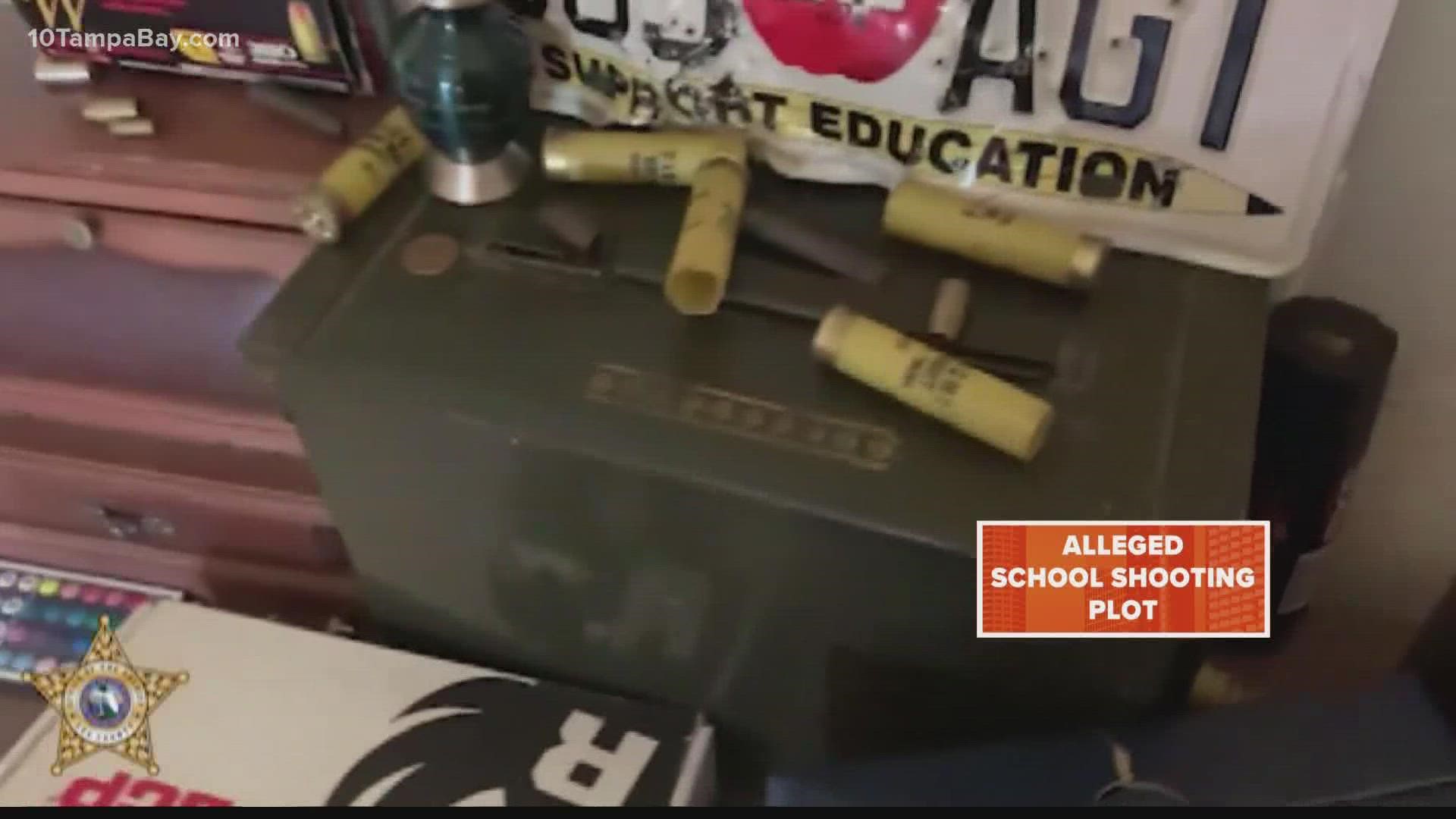 LEHIGH ACRES, Fla. — Two Florida teens accused of planning a mass shooting at their middle school tried to get others to join them, authorities said.

The two boys, a 13-year-old and a 14-year-old who attended Harns Marsh Middle School in Fort Myers, openly talked about the idea of a "Columbine-style" school shooting for about a week, according to the arrest report provided by the Lee County Sheriff's Office.

Both of the teens, authorities say, told fellow students that Columbine was their inspiration. Others who learned about the plot all declined to take part, the report reads.

10 Tampa Bay is not naming the teens because they are juveniles.

They face a charge of conspiracy to commit a mass shooting after someone told a school resource officer on Sept. 8 that one of them had a gun in his backpack.

During an earlier news conference, Lee County Sheriff Carmine Marceno confirmed no weapons were found in the student's backpack, but a map indicating the location of each of the school's interior cameras was inside. When authorities searched the teens' homes, they said investigators found "disturbing evidence," including a gun and several knives.

According to the arrest report, one of the teens said dots on their map indicated "gas chambers" that would go off as distractions while the two targeted bullies.

The sheriff earlier said the teens were researching how to make pipe bombs and buy guns "on the black market." Both were "well known" to deputies who had received almost 80 calls to their homes.

During their first court appearance Sunday, one of the teens' mothers defended her son.

The two are slated for another court appearance on Sept. 27.