A former General Manager of Dave & Buster’s in Cordova is charged with theft, accused of stealing more than $140,000 from the business. 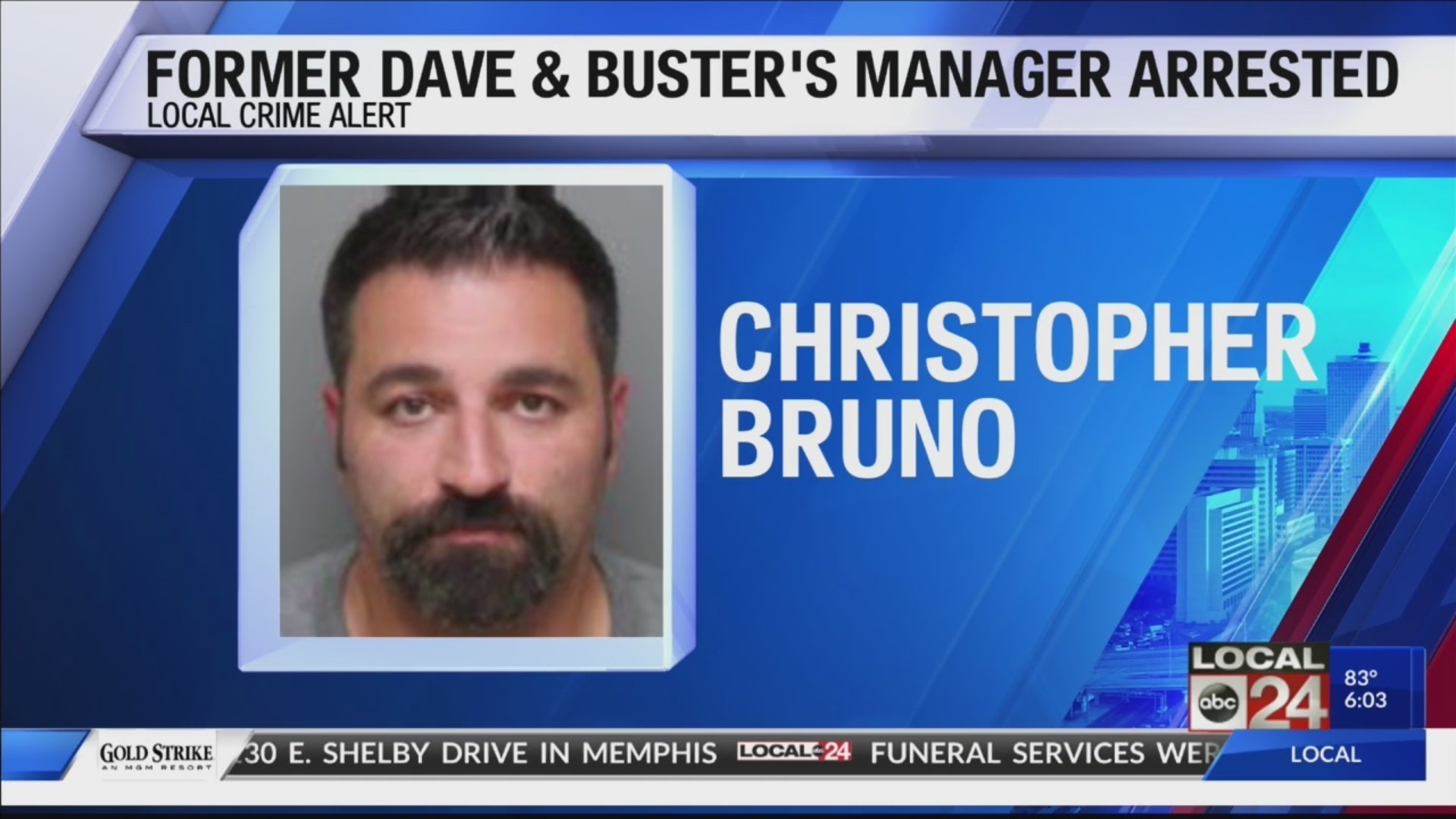 MEMPHIS, Tenn. (localmemphis.com) – A former General Manager of Dave & Buster’s in Cordovais charged with theft, accused of stealing more than $140,000 from the business.

According to the affidavit, in May, an assistant generalmanager reported to police about an embezzlement, telling them ChristopherBruno stole several deposit bags of money from the safe between March and May2019. The manager told investigators Bruno also stole from a photo booth, andthat Bruno was caught on video stealing the money.

Bruno was arrested August 7th, and charged with theftof property $60,000 to $250,000. He was released from jail on his ownrecognizance and was set to appear for arraignment Thursday.