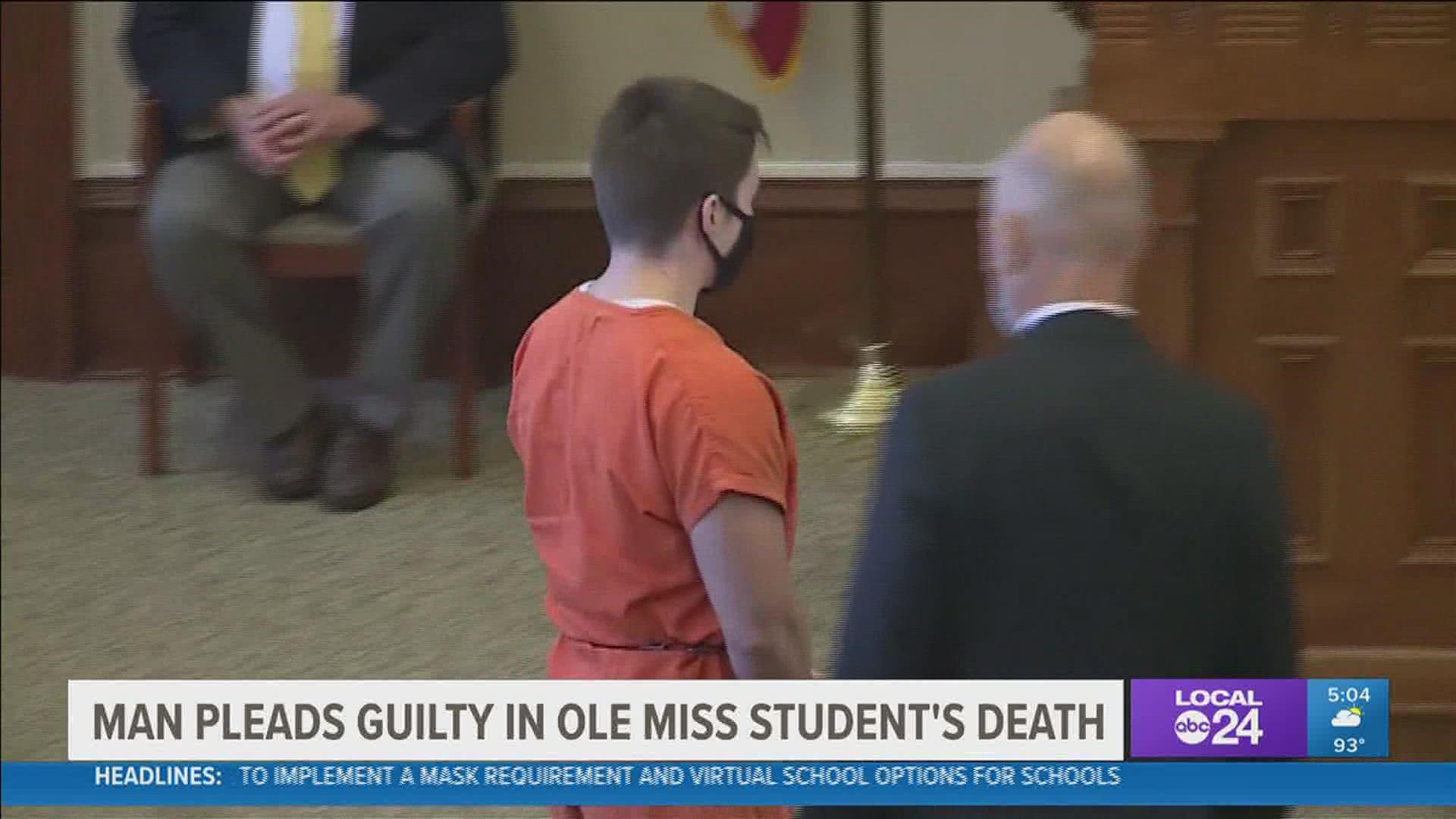 OXFORD, Miss — UPDATED: A former University of Mississippi student pleaded guilty Friday to first degree murder in the death of a fellow student.

Brandon Theesfeld will serve life in prison as part of the plea deal.

Theesfeld shot and killed 21-year-old Alexandria “Ally” Kostial in 2019. Kostial’s body was found July 20, 2019 near Sardis Lake, about 30 miles from the Ole Miss campus in Oxford.

He originally pleaded not guilty to capital murder in September 2019.

If Theesfeld had gone to trial and been convicted of capital murder, he could have received the death penalty.