Matthew Kinne was charged with killing Dominique Clayton - a mother of four - in 2019. Her family said they were romantically linked. 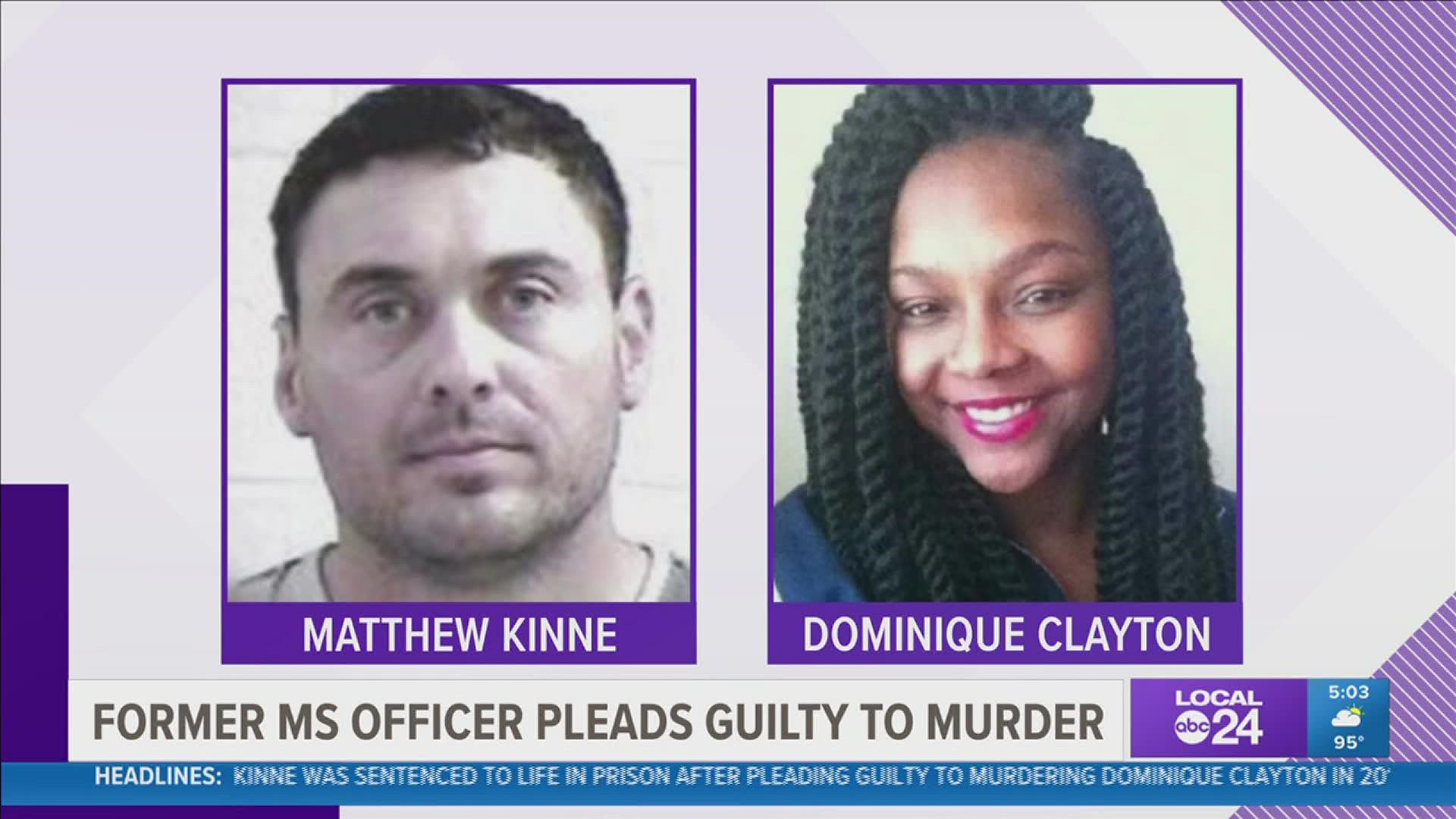 NEW ALBANY, Miss — Friday afternoon, an ex-police officer in Mississippi accused of killing his former girlfriend agreed to a plea deal that would keep him off death row.

In a New Albany, Mississippi, courtroom, former Oxford Police officer Matthew Kinne pleaded guilty to capital murder in the death of Dominique Clayton. The judge sentenced Kinne to life without parole was part of the plea bargain.

Authorities said Kinne killed 32-year-old Dominique Clayton, breaking into her house and shooting her in the head in May 2019. Clayton's son discovered her lifeless body.

After Kinne's first court appearance, Clayton's family members said she and Kinne were romantically involved for more than a year, and that she had tried to break off the affair but couldn’t.

Clayton's family is scheduled to address the media at 3:00 p.m.

Breaking: Judge Smith accepts the guilty plea of capital murder. Prosecutor (as expected) recommends sentence of life in prison without parole. Judge accepts. Death penalty sentence withdrawn. Kinne will spend rest of his life in MDOC custody without parole or any early release.

The guilty pleas follows a presentation from a Lafayette County prosecutor who said the state would have shown at trial (if there was one) that Matthew Kinne broke into Dominique Clayton's Oxford home in May 2019 and shot her once in the head.

Prosecutor also said state would have shown surveillance evidence of Kinne's car leaving Clayton's subdivision night of the murder, that he waived
his Miranda rights & during a statement, admitted to a relationship w/Clayton and that he entered the home
& committed the murder.