MEMPHIS, Tenn. (localmemphis.com) – UPDATE 11/25/2019 – Memphis Police are investigating after they say Frank Burleson was found dead in a hotel roo... 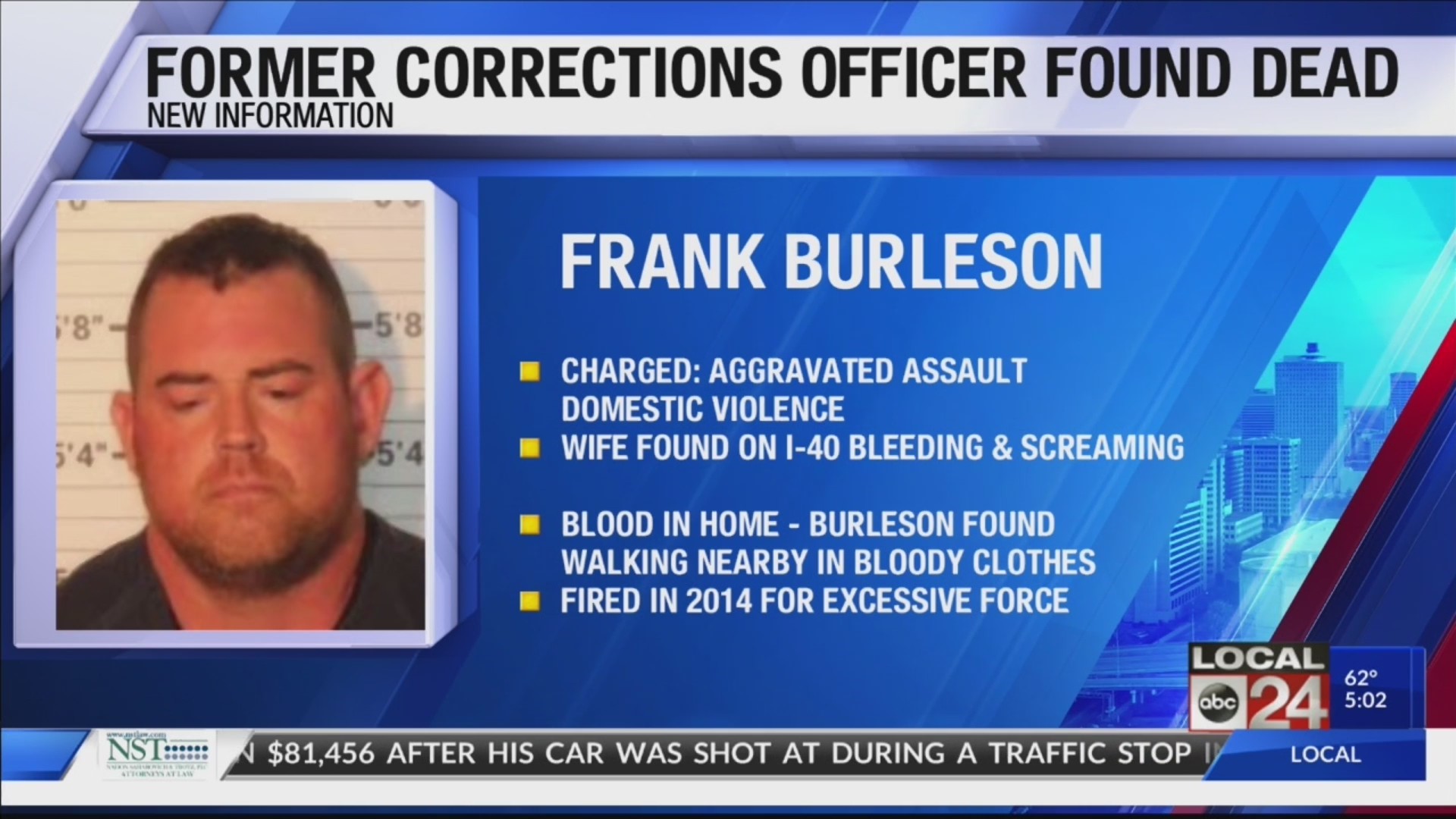 MEMPHIS, Tenn. (localmemphis.com) – UPDATE 11/25/2019 – Memphis Police are investigating after they say Frank Burleson was found dead in a hotel room this weekend.

Officers were called to the Holiday Inn & Suites in the 2700 block of New Brunswick Road overnight Friday, where they found 37-year-old Frank Burleson dead.

The cause of death has not been released. The investigation is ongoing. 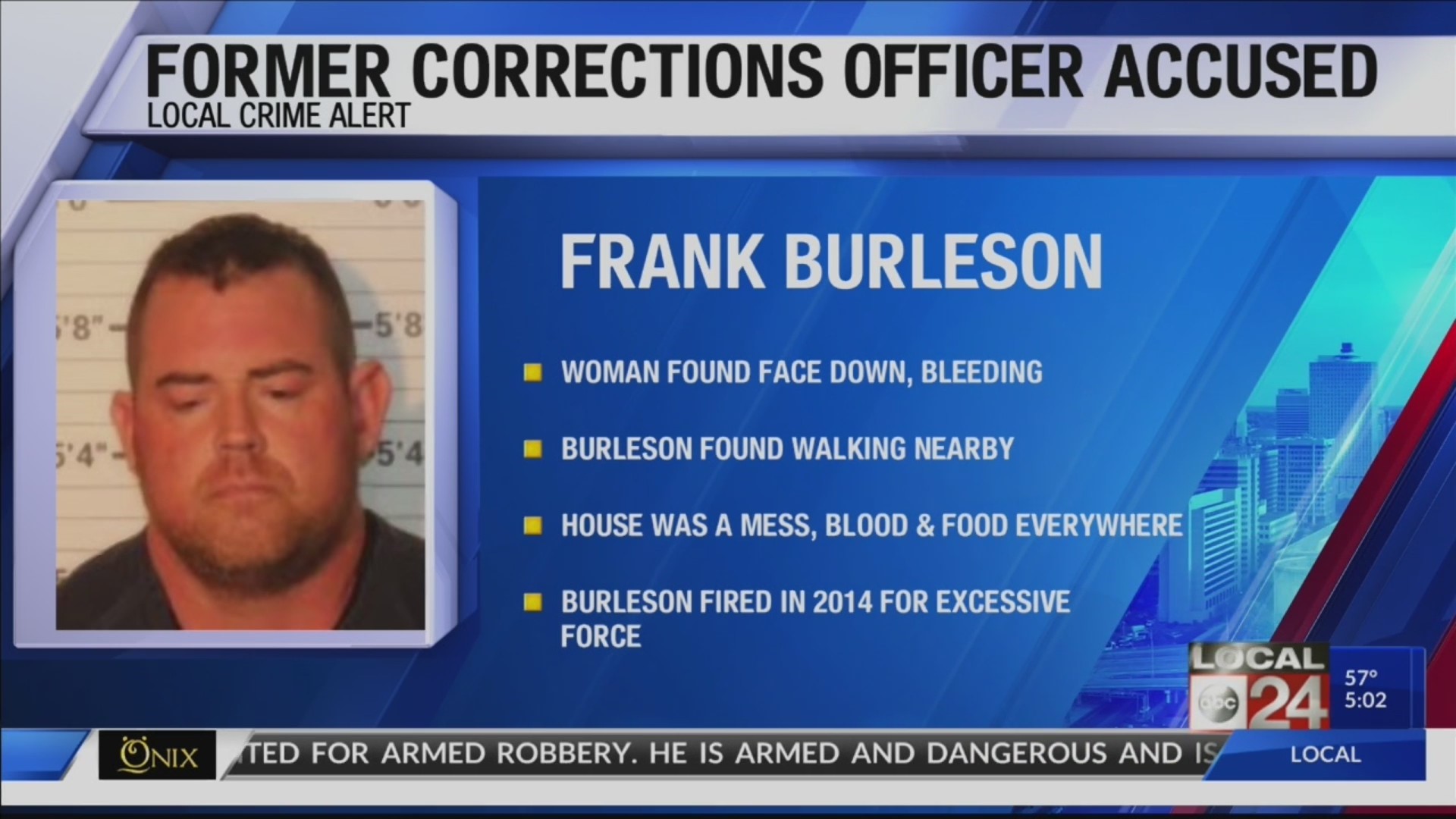 11/21/2019 – A former Shelby County Corrections officer from Arlington is behind bars after his wife was found on the side of I-40 bleeding and screaming for help.

According to the affidavit, deputies say just before 7:00 p.m. Wednesday along I-40 at mile marker 23, they found the victim lying face down on the side of the road.  They say she was bleeding from her head, and “appeared to be in severe pain and continuously screamed, ‘help me.’” They say she also had rice on her shirt.

She was taken to Regional One, where they say she had a skull fracture and a puncture wound to her head. We are told she has since been released.

A deputy searching the area found Frank Burleson walkingalong Milton Wilson Road near Chester Road. The deputy said he had blood on hishands, dirt on his clothes and shoes, was sweating, and his sweatshirt wastorn.

Other deputies did a welfare check at the home and found an open garage door, and the door leading inside open. They say in plain view were bloody clothes and rags in the laundry room, evidence of a disturbance and blood in the kitchen, and a bloody pillow on the kitchen counter. They say they found partially eaten food and rice everywhere.

Investigators say Frank Burleson refused to give astatement. They say he was determined to be the aggressor and charged.

Frank Burleson is in the Shelby County Jail with $20,000bond.

The Shelby County Sheriff’s Office tells Local 24 News FrankBurleson worked as a corrections officer from 2012 to 2014, when he wasterminated for excessive force. Further details are not immediately available.