(SHELBY COUNTY DISTRICT ATTORNEY NEWS RELEASE) – Four teenagers have been indicted on first-degree murder and multiple other felonies stemming from a 12-d... 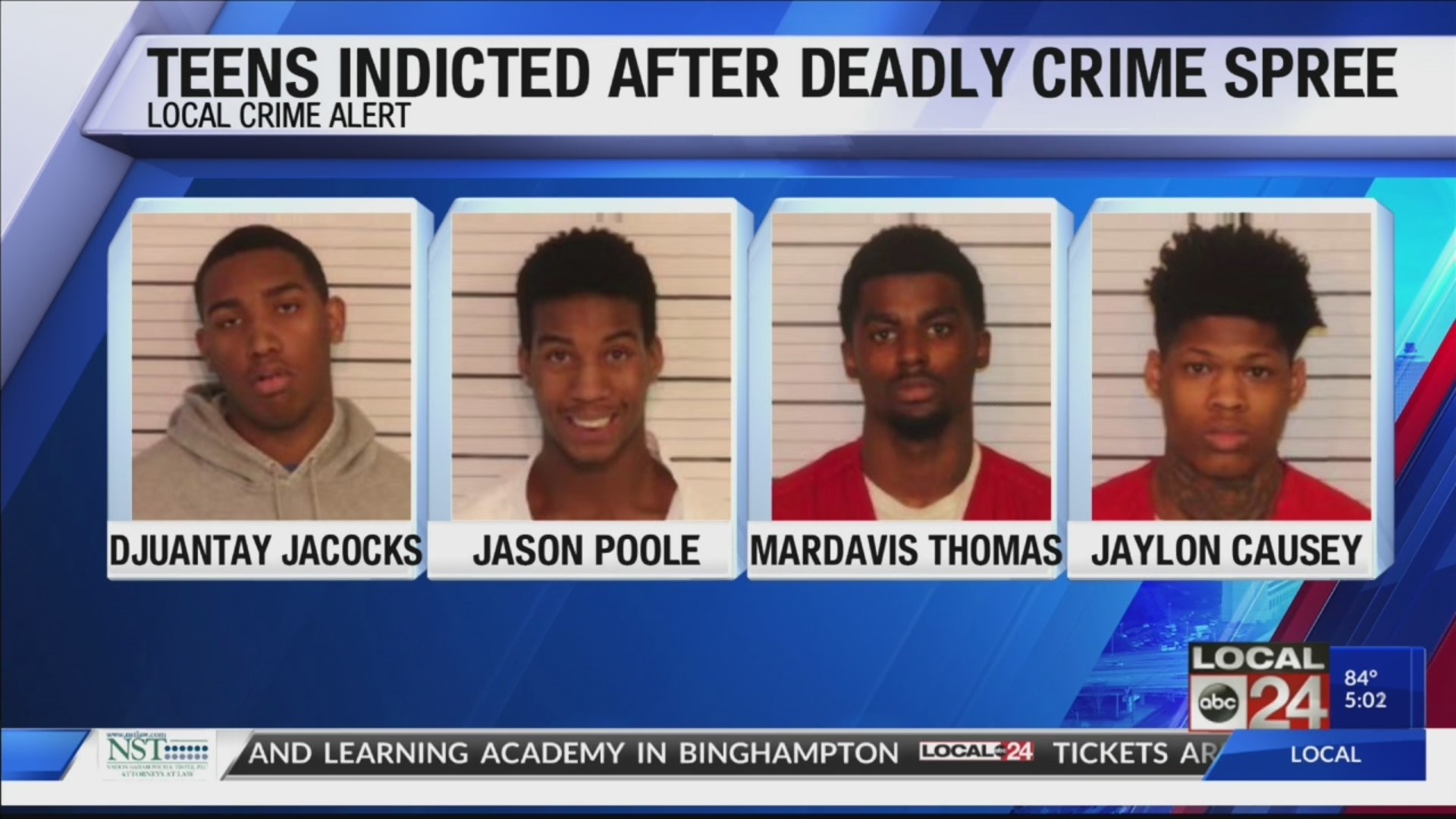 A grand jury indicted Djuantay Jacocks, 19, Jason Poole, 18,Mardavis Thomas, 17, and Jaylon Causey, 17, on first-degree murder charges in acarjacking in the Nutbush area of northeast Memphis during which a woman wasshot and killed.

On Nov. 19, shortly after a man’s pickup truck and wallet werestolen at gunpoint on Isabelle in North Memphis, a man and his wife were assaultedby the suspects when they stopped at an intersection at Truman Avenue and OzanStreet. Two of the assailants tried to open the doors of the couple’s vehicle,then one began shooting. Belinda Humphreys, 49, who was in the front passengerseat, was struck and killed.

Earlier that evening, a man and woman were walking their dogs inthe 1000 block of Vaughn in the Berclair area when a man with a shotgunapproached and demanded their belongings. A vehicle with several males thenpulled up and pointed guns at them. As the vehicle pulled away, one of thesuspects fired a shotgun at the couple’s dogs.

On Nov. 27, police spotted the pickup truck stolen eight daysearlier on Isabelle travelling in the area of Range Line Road and James Road inFrayser. When officers stopped the vehicle Jacocks, Thomas and Causey fled onfoot, but were captured after a short chase. Pool was arrested the next day.

The cases are being handled by Chief Prosecutor Theresa McCuskerof the DA’s Vertical Team 1 which handles cases in General Sessions Division 7and Criminal Court Division 1, and by Asst. Dist. Atty. Leslie Byrd.