A bill that would allow people 21 and older to carry guns without a permit is moving through the legislature, as those law enforcement speak out against it. 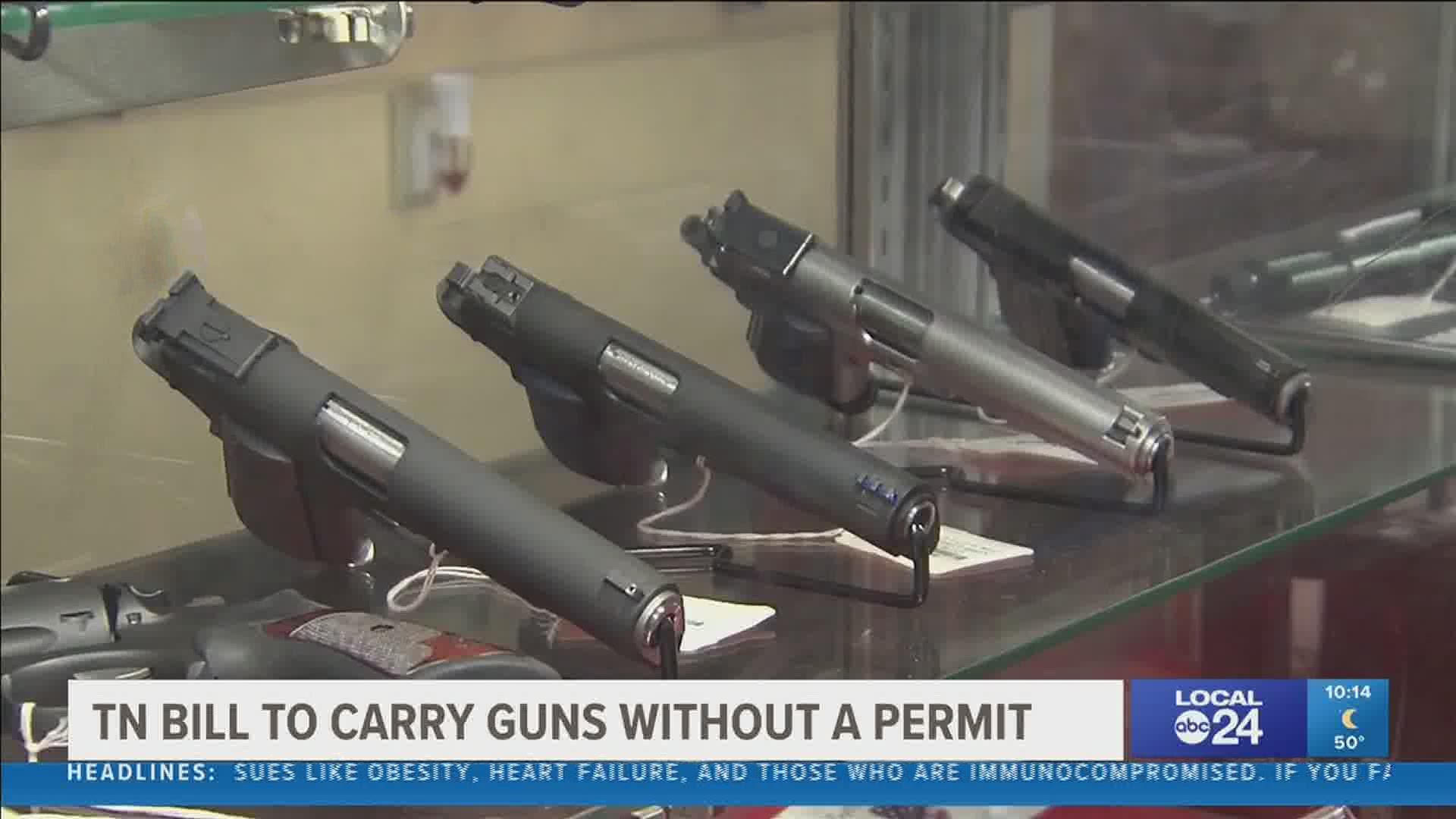 A bill that's moving through the legislature fast.

From sheriffs to police chiefs, many in law enforcement are calling this a bad bill that would not only change the way officers need to be trained but also make it harder to determine who’s legally carrying and who’s not.

“All the trainers that I know are against it,” said firearms instructor Bennie Cobb. “It’s going to open-up Pandora’s box. It’s going to open up a can of worms and law enforcement and the citizens should be concerned about it.”

Cobb is also a retired Shelby County Sheriff's captain and he's worried about the permitless carry bill -- which would allow anyone over 21 to legally carry a firearm, open or concealed, without a permit.

“Where that puts the law enforcement officers is in the situation of determining who the criminal is who the law-abiding citizen is. Who has the permit to carry and who doesn’t,” said Cobb.

He said it's just the latest legislation that will make things harder for law enforcement.

Many in law enforcement are against SB0765, legislation that would allow those 21 and up to carry a gun without a permit (concealed or open). @GovBillLee says he’s ready to sign the bill which is swiftly moving through the legislature. @LocalMemphis

Seven years ago when lawmakers made it legal for anyone to have a gun in their vehicle it led to a noticeable spike in gun violence.

“There’s enough violence in Memphis notwithstanding the guns that are being stolen out of vehicles,” Cobb explained. “Straw purchases where people are buying guns for people are not able to legally.”

The proposed law would also increase punishments for gun crimes.

“This legislation is about increasing freedoms for law-abiding citizens and implementing harder penalties for criminals,” said Governor Bill Lee when he announced his support of SB0765.

Yet Cobb said officers aren't even trained for such a bill to become law.

“Police officers see a person walking around with a gun in open carry mode they’re taught and trained to react to that so law enforcement in Tennessee are going to have to be retrained.”