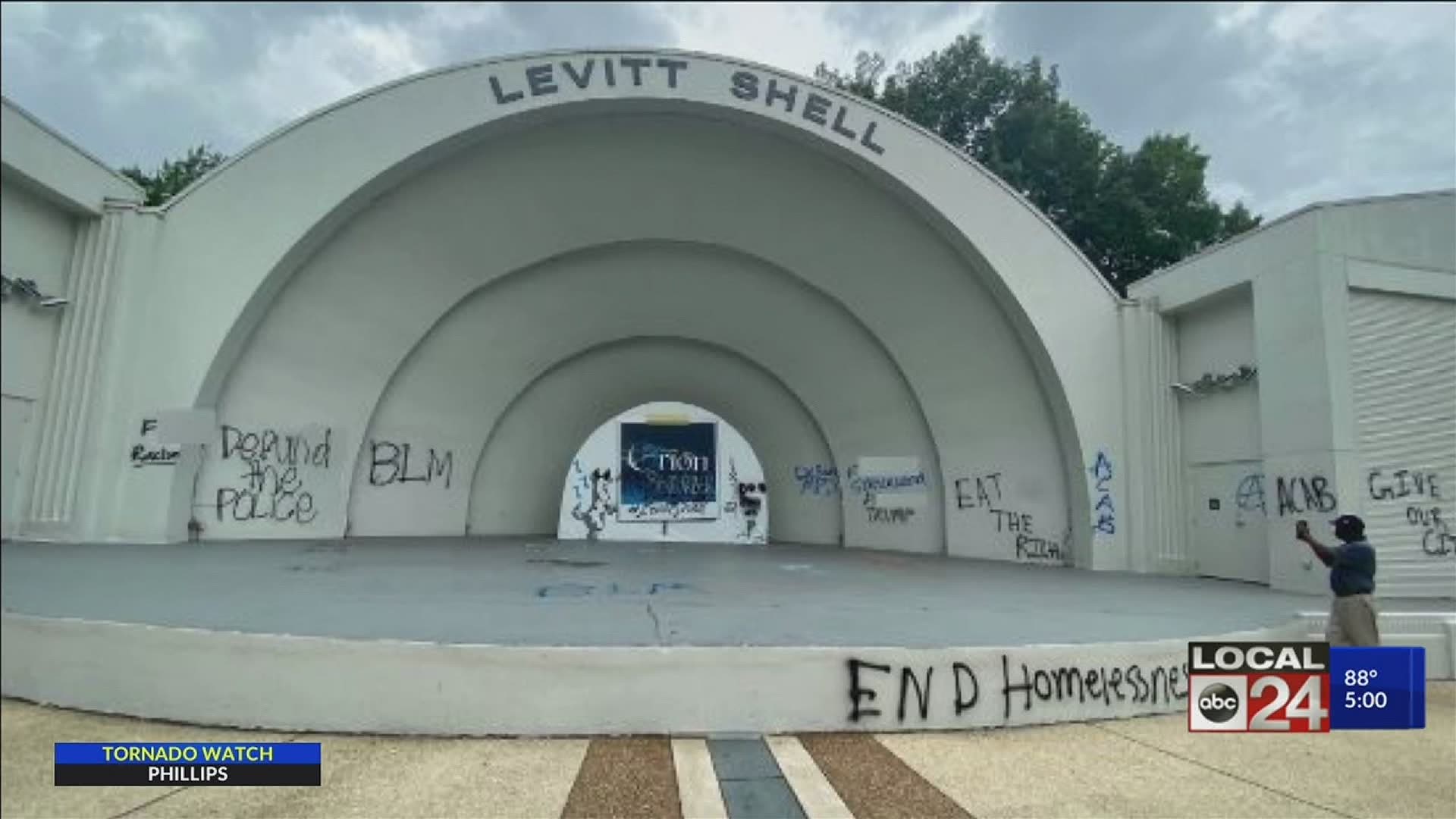 Local 24 News observed graffiti at the Levitt Shell in Midtown Memphis and on the stone wall outside the Graceland mansion in Whitehaven.

"So we woke up on 901 Day to see our beautiful, historic Levitt Shell with many messages of graffiti, and what I feel is pain," Levitt Shell Executive Director Natalie Wilson told Local 24 News. "Our city is in hardship, our city is in strife and these messages are of pain. We are a public gathering space for all Memphians, that everyone has a place here. We want to be part of the process of healing, we have to have productive conversations. The way we are doing it is not working, this is an example of that." 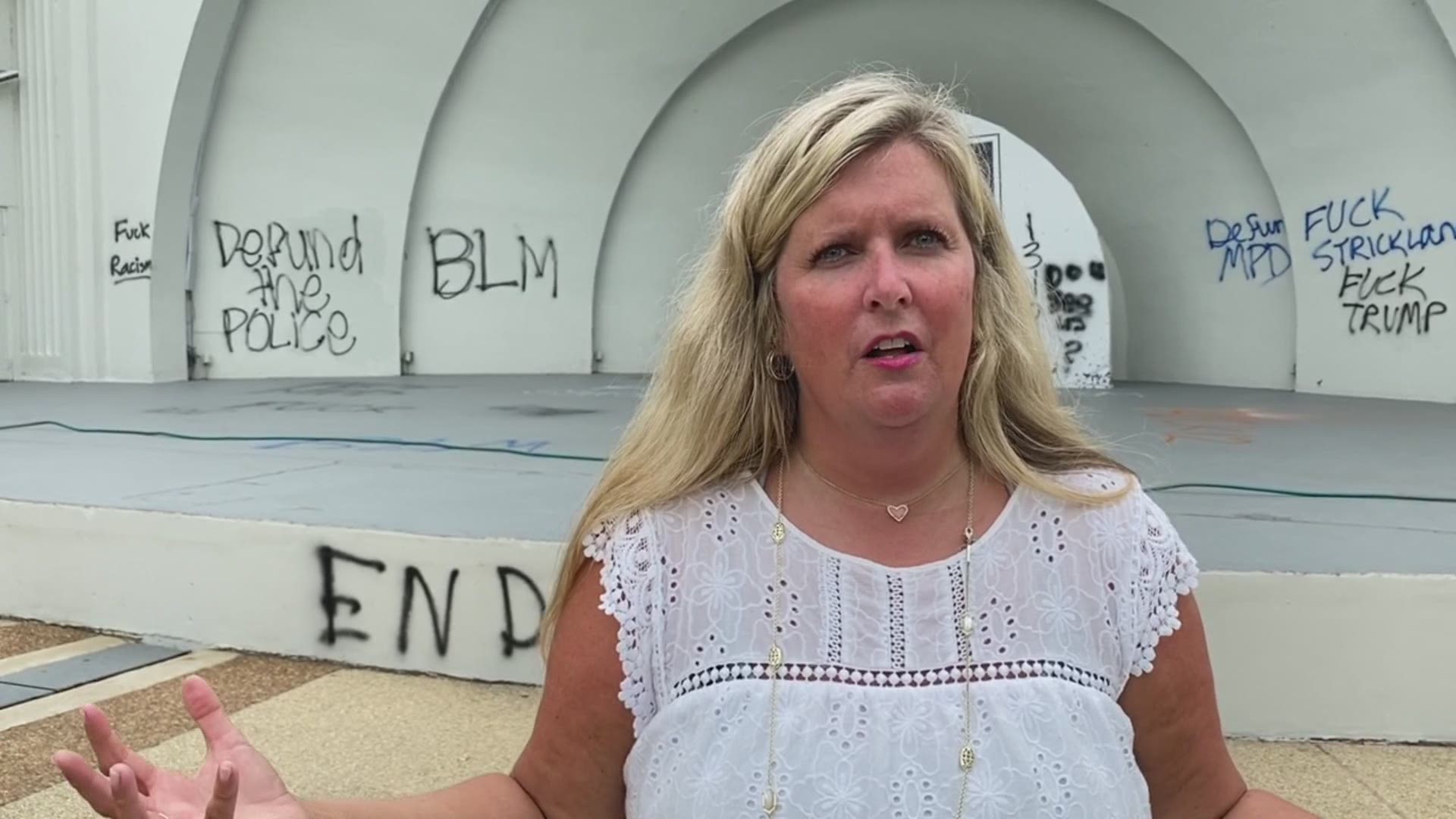 A Graceland spokesperson declined comment on the graffiti on that property.

The Memphis chapter of Black Lives Matter says it does not have anything to do with the graffiti. In a Facebook post, the group said: "Our organization does NOT have any involvement with any promotion of vandalism Elvis Presley's Graceland or the Levitt Shell !  We do not condone acts of violent or hate we love Memphis. Those persons spraying paint on walls do not have any association with our chapter or charitable organization! For questions call or concerns call 901-430-0477".

Memphis Police say they received a report on the vandalism at the Levitt Shell Tuesday. They say it will cost about $150,000 to repair the damage. 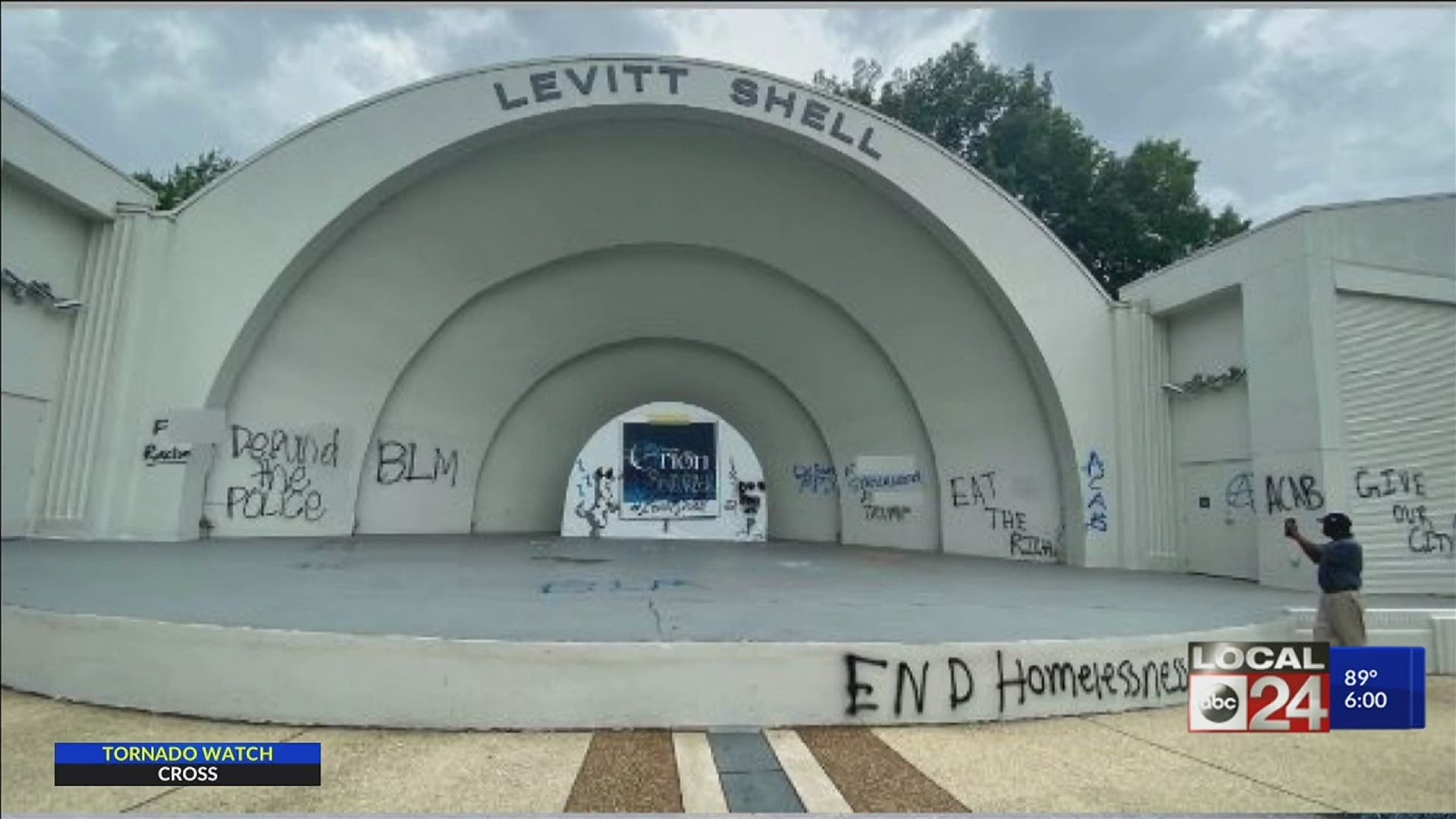