Group of teen boys on bikes attempt to rob, assault victim in Cooper-Young

Folks in the Cooper-Young area of Midtown Memphis are on guard after a teenager was beaten by a group of boys on bicycles. 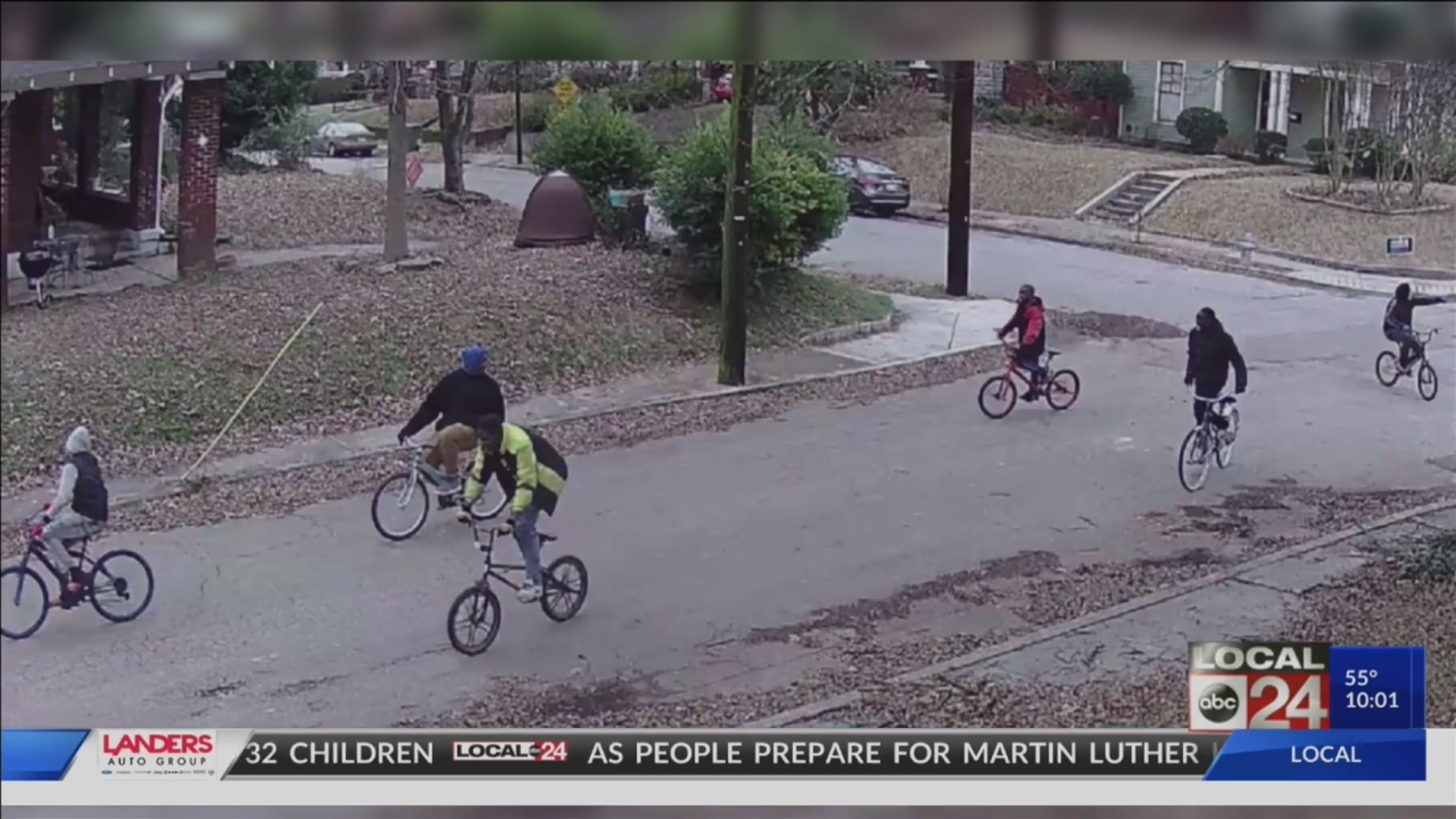 MEMPHIS, Tenn. (localmemphis.com) – Folks in the Cooper-Young area of Midtown Memphis are on guard after a teenager was beaten by a group of boys on bicycles.

A police report was filed after the incident happened Sunday around 4:30 p.m. Even more disturbing, police believe the 16-year-old was attacked at random, and neighbors believe this group has terrorized before.

“(I) saw several kids here,” recounted witness Jolene Love. “A kid on the ground, scuffling. I yelled hey hey real loud, which stopped it. They got on the bikes, scurried off.”

Jolene Love lives on Elzey Avenue where the assault took place. She saw a group of 5 to 6 teen boys on bikes, peddling away after beating up the 16-year-old, who was just walking by.

“One kid was over him,” added Love.

A neighbor showed me video of the tail end of this assault, which shows the victim being pummeled by another boy, according to him, over $20. The victim told Memphis police, one boy asked for a dollar, which he gave. They saw he had $20 and demanded that. When he refused, they tried to rob him, even saying they would kill him. Neighbors shared pictures are stills from a resident’s Ring camera, which captured the incident.

“The kid in the yellow and black jacket stands out to me,” said Mollie Riggs. That’s who is seen hitting the victim in the video as captured on camera.

Riggs says there was more than one victim that day. A couple was reportedly harassed by the same group. These neighbors would like to see a SkyCop camera for added protection on their street.

“That would definitely be great,” said Love. “But I think it being more of a quieter street. There are probably other streets that need it more like Evelyn.”

Riggs isn’t so sure.

“Maybe because it is quiet we may need it,” Riggs added.

Local 24’s Rebecca Butcher spoke to the victim’s father over the phone who advises parents to stay vigilant and remind your kids not to pull out money. His son was treated at a minor medical clinic. If you have any information, you’re asked to call Memphis Police.