Carjackings and gun thefts are spiking in parts of unincorporated Shelby County. 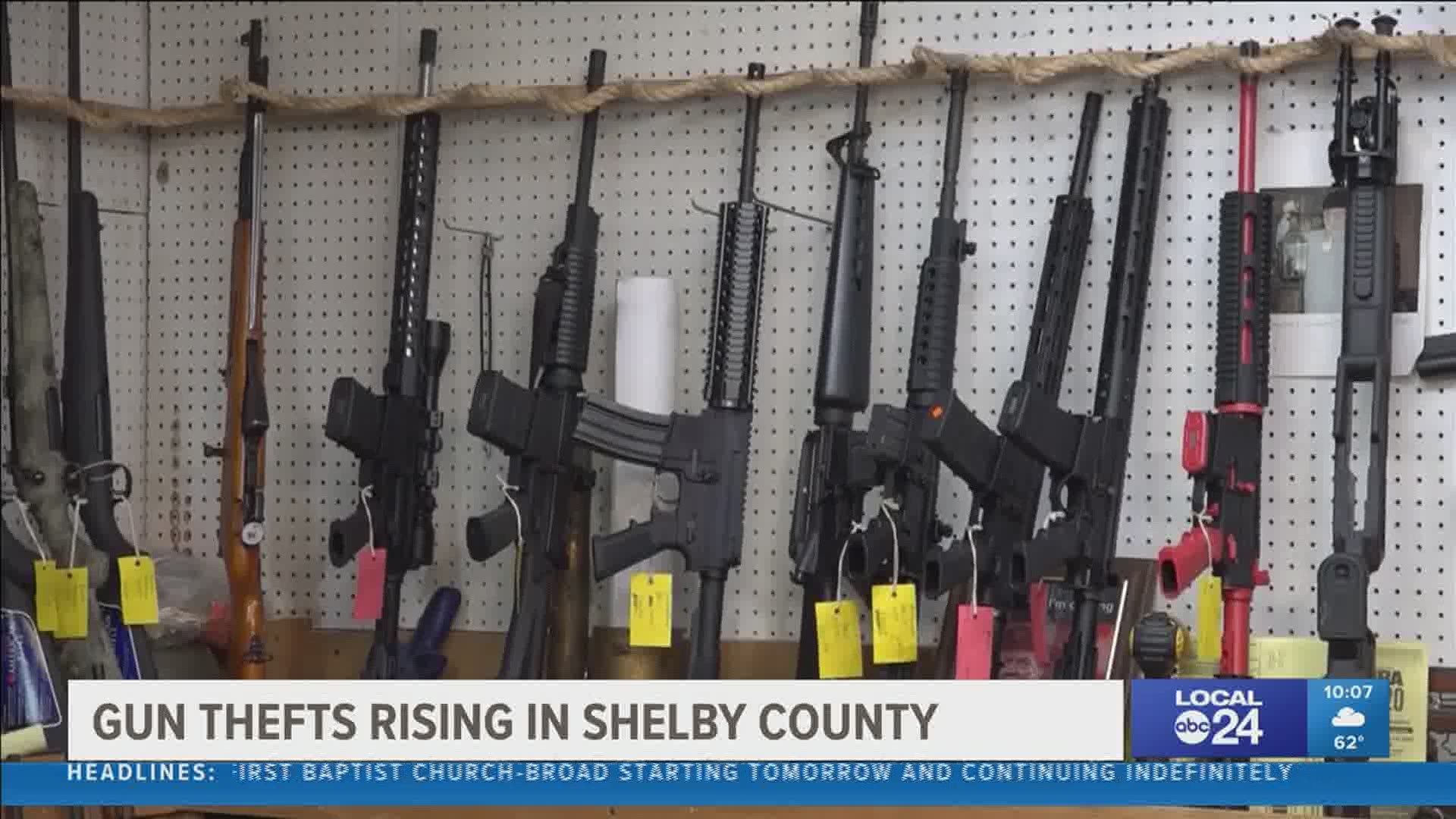 MEMPHIS, Tenn. — The Shelby County Sheriff's Office reported, in just the last two weeks, there were 35 thefts from vehicles and half a dozen guns that were stolen in parts of unincorporated Shelby County.

The majority of the firearms reported stolen from vehicles in our reporting areas happen in our most populated district 2, which is in southeast Shelby County, south of Hwy 385.

In the past two weeks, there were 35 reported thefts from vehicles in unincorporated Shelby County. About half a dozen firearms were stolen--some from unlocked vehicles. TN law 39-17-1313 requires, “[the firearm] is kept from ordinary observation and locked within the trunk...

The new permitless carry bill, which is expected to be signed by Gov. Bill Lee soon, has gun violence survivor Jeff Droke worries gun thefts and car break-ins will go up.

"The more guns that are out there on the street the more chances they’re going to end up in the wrong hands," Droke said.

Droke was shot eight times outside his Cordova home in 2003. Since then, he has been an advocate for proper gun safety.

With the new law, he predicts there will be more criminals breaking into cars hoping to find guns.

"You know now, ‘I can break into any car and it probably has a gun,'" Droke said.

However, the law adds stricter penalties for felons who get a gun and commit more crimes. Droke does not believe that is going to stop anything.

"I don’t think that’s ever in the back of anybody’s mind," Droke said.  "Again, the two idiots involved in my case both felons, multiple felons, both with handguns, in video with handguns, and it didn’t stop them."

Droke said the laws we currently have are not keeping dangerous people off the street. In his case, the man who was convicted of attempted first-degree murder was released after less than a decade of time served.

"It says he was paroled," Droke said.

SCSO could not predict if the new law will increase gun crime. Droke still worries fears the worst.