"He wasn't just a manager, he was a friend to all" | Family identifies one of the victims in Orange Mound U.S. Postal Service shooting

The FBI confirms the shooter, who was a USPS employee, shot and killed two other workers then turned the gun on themself. 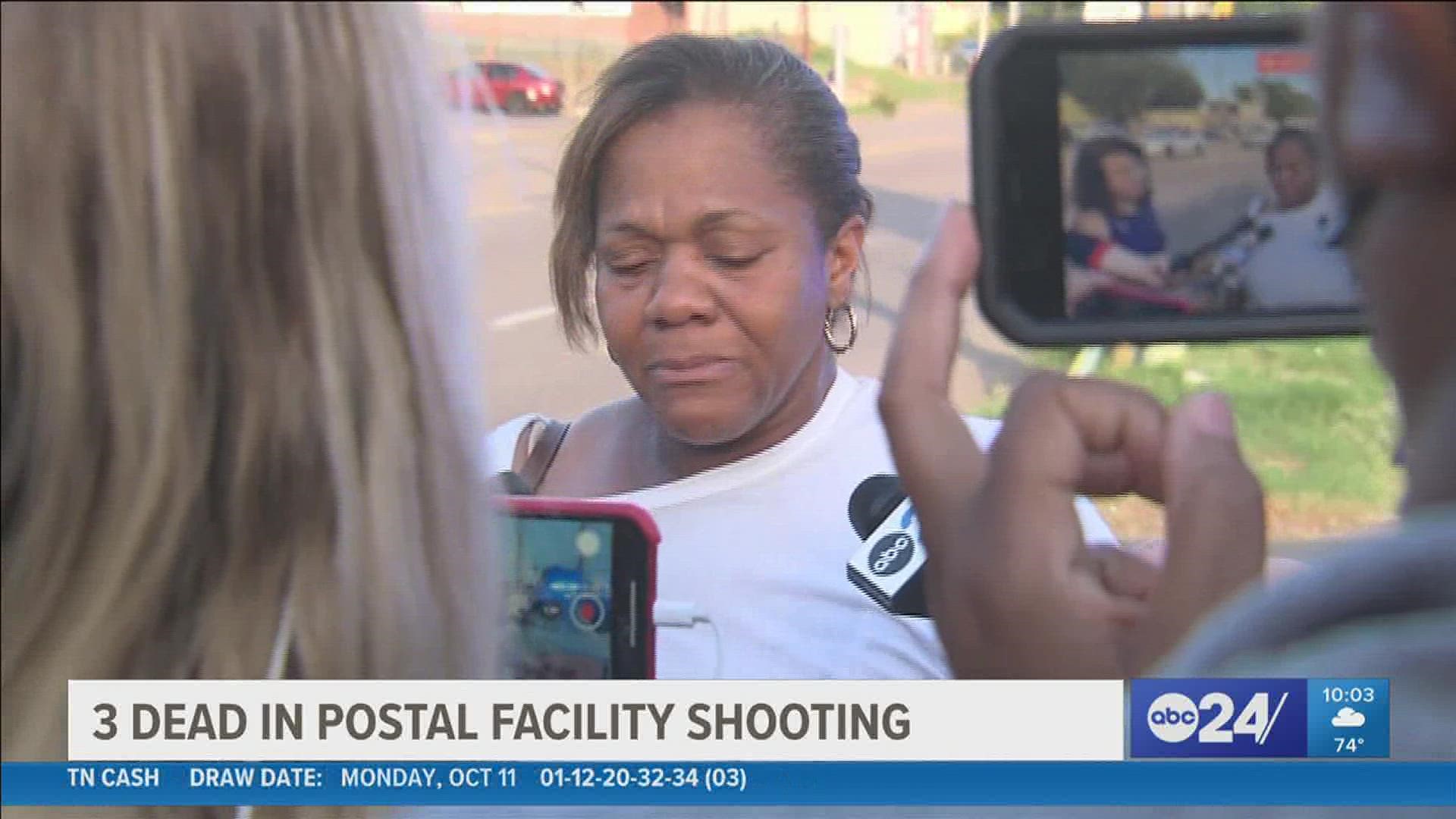 MEMPHIS, Tenn. — A shooter took the lives of two fellow employees then ended their own at a U.S. Postal Service facility in Orange Mound on Tuesday, according to investigators.

The cousin of one victim said her relative “wasn’t just a manager, he was a friend to all.”

Crime tape was up around another workplace following another shooting in such a short time span, in the Memphis area, which has federal authorities investigating.

Rogers said her cousin was a USPS manager at the distribution center at Park Avenue and Pendelton Street.

An FBI public affairs spokeswoman confirmed details on the shooter.

“The shooter is one of the three employees, deceased by an apparent self-inflicted gunshot wound,” said FBI spokesperson Lisa-Anne Culp.

NOW: Multiple law enforcement are at an active scene at Pendleton and Park. The FBI is investigating a shooting at a U.S. Postal Service facility in Orange Mound. @ABC24Memphis pic.twitter.com/dyb1ZyksSL

The FBI didn’t give any information on if the shooter was recently let go or asked to leave, or if a specific incident led to that person opening fire.

Rogers shared you simply can’t always predict when someone may act out violently.

Rogers said Wilson was a kindhearted man who gave to charity and helped build up his community.

“He was a good man,” said the relative. “Outstanding man, best man you ever want to meet, talk to, be around. He’s funny, make you laugh.”

Now she and her family are processing the sudden shock and grief.

“You couldn’t ask for a better manager or supervisor or anything like that. But I know that he’s going to be missed and I love him. I’m going to miss him.”

The family said Wilson left behind a wife, and also added several of their relatives work for USPS.

MPD, the FBI, and ATF continue to investigate.